In the neighborhoods that surround Nationals Park, there’s growing excitement over the prospect of a World Series championship for hometown heroes the Nationals.

At the King Greenleaf Recreation Center just blocks from the ballpark, D.C. native Kenny, who goes by “Chicken Bob,” said he’s enjoying the excitement. And he’s not a bandwagon fan — he showed off his Nationals tattoo: a big curly “W” with the Washington Monument and the U.S. Capitol in the background spreads across his chest.

“I used to attend the games before the stadium was here — I attended the games at the old RFK stadium.” He said he got the tattoo in 2011. “I just got the tattoo just because I love my city so much. I just had to.” 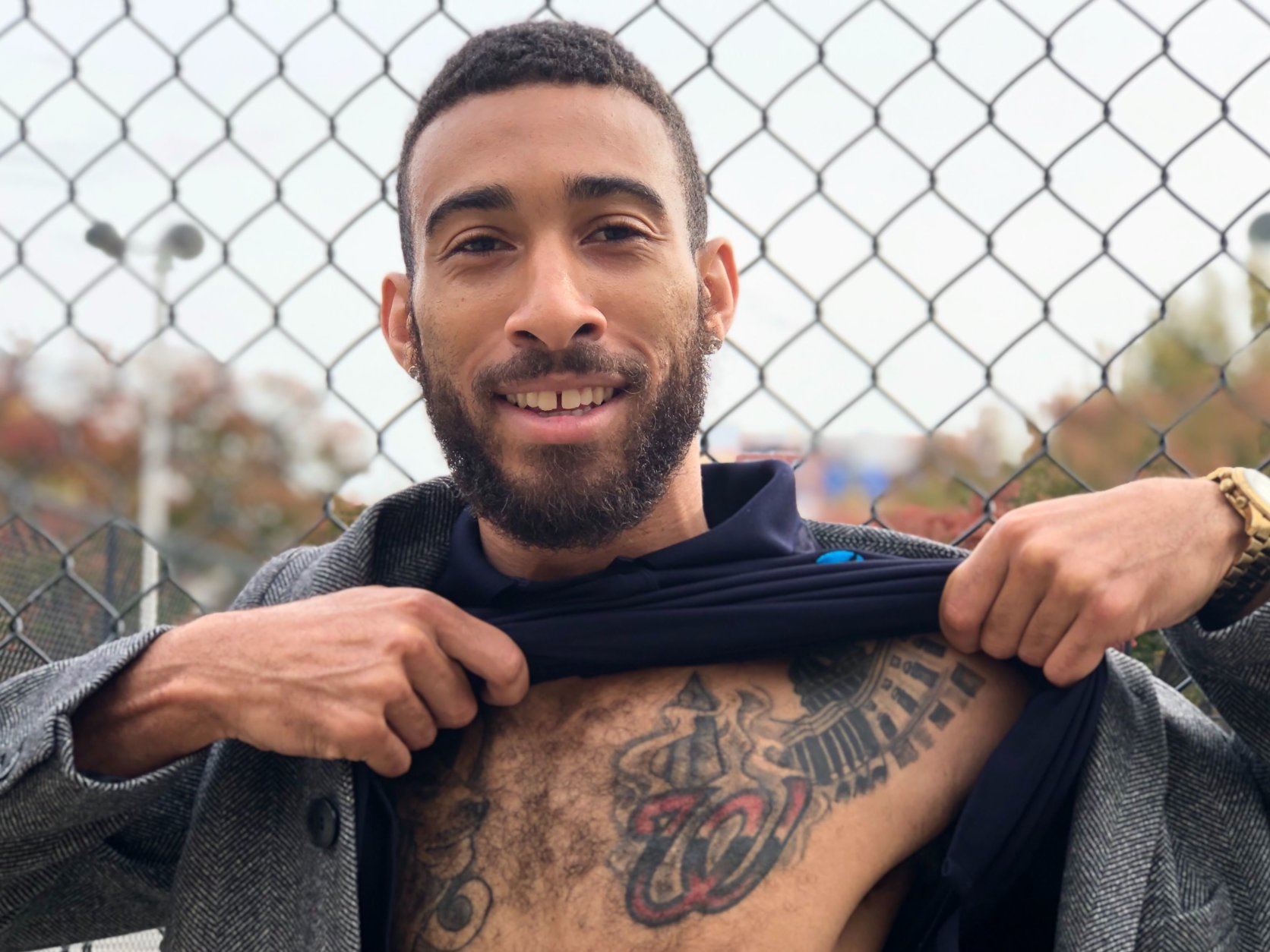 1/8
Kenny, or “Chicken Bob” is a lifelong D.C. resident who’s followed the Nationals since they came to D.C. He said he might consider adding some other team tattoos — but not the Redskins. 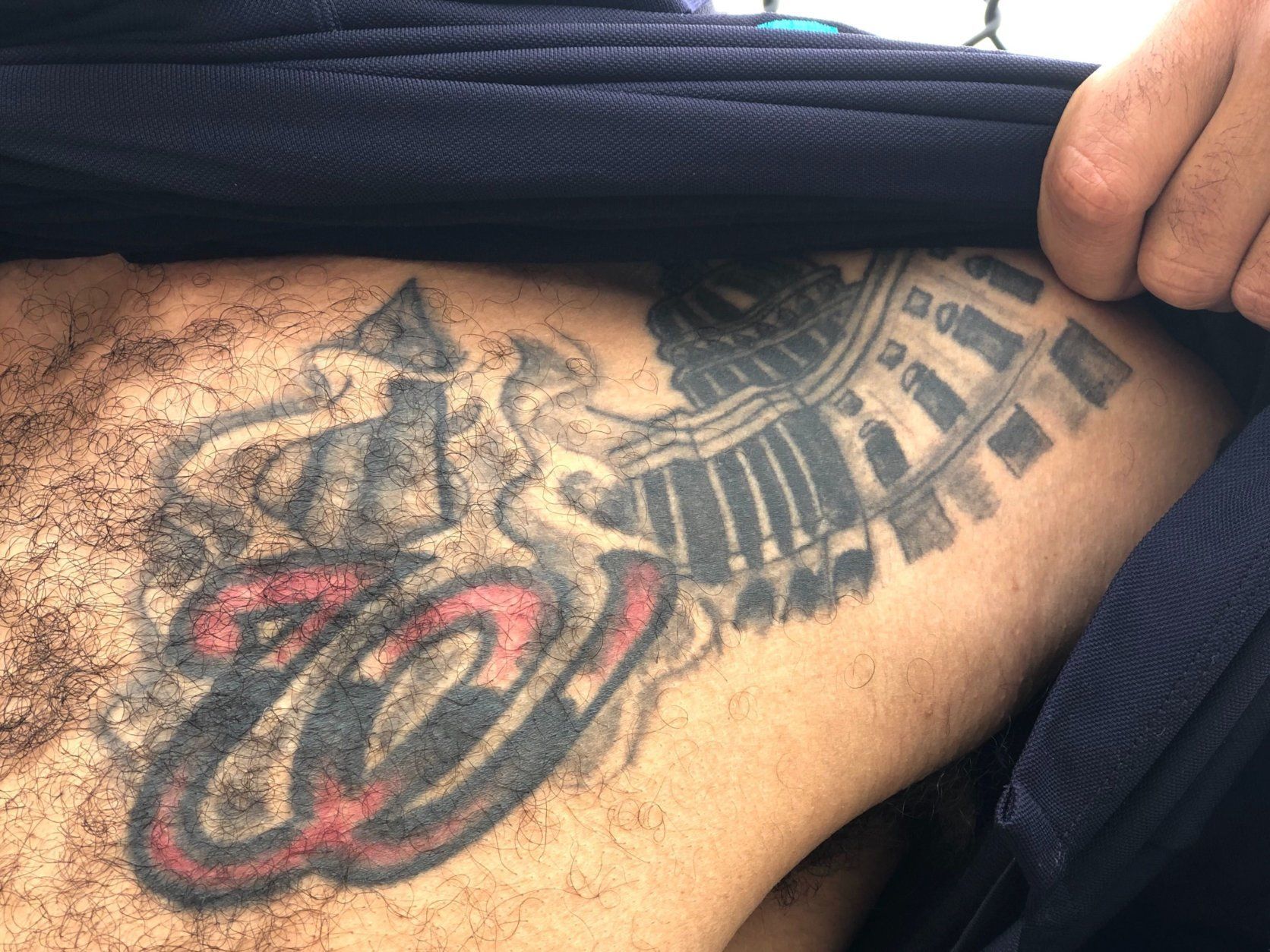 2/8
Here’s the close-up that proves the Nationals are close to Chicken Bob’s heart. 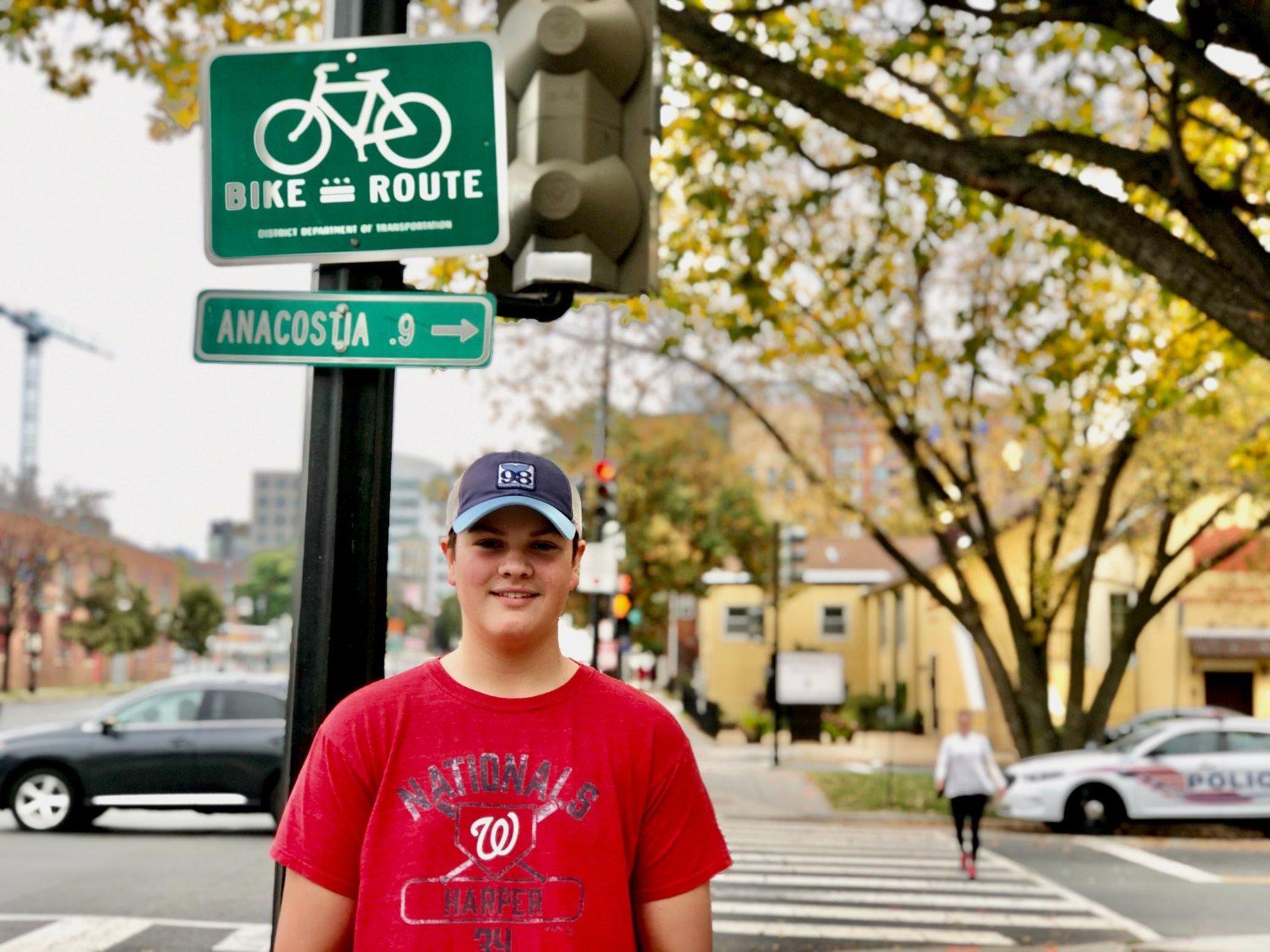 3/8
Davis Johnson, 15, and his dad flew in from Rhode Island for the World Series. He’s hoping they can get the win tonight.

“I originally started watching them because of Bryce Harper — I just liked the way he played — I liked how he always played hard,” Johnson said. And after Harper left the Nationals, Johnson said he stuck with his team. “I’ve been watching them for so long.”

Like other fans, he was disappointed the Nats didn’t take Game 3.

Just across from the ballpark, there’s a liquor store on the corner, an old style shop plastered with ads on specials and neon signs. Jackie Lam runs the shop, and business is booming with the World Series. He was too busy to talk, but posed for a second in his red Nationals shirt. 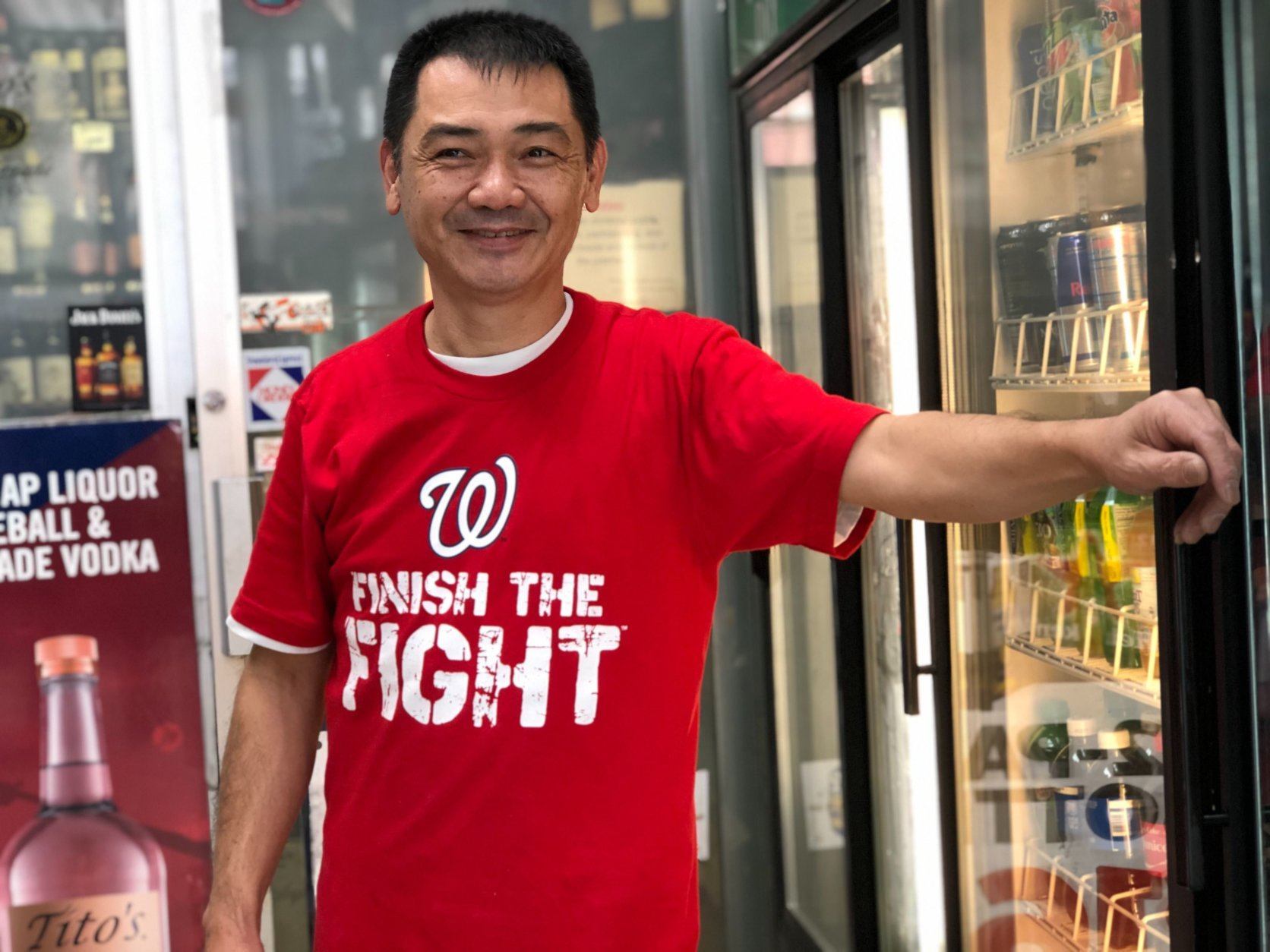 4/8
Jackie Lam, who operates the Cap Liquor store just across from the ballpark says business has been booming, and he’s happy to cheer the team on.

Outside the store, Tracey Adams, a D.C. native, is on her way to work at the concessions at Nationals Park. She beamed when the team is mentioned. 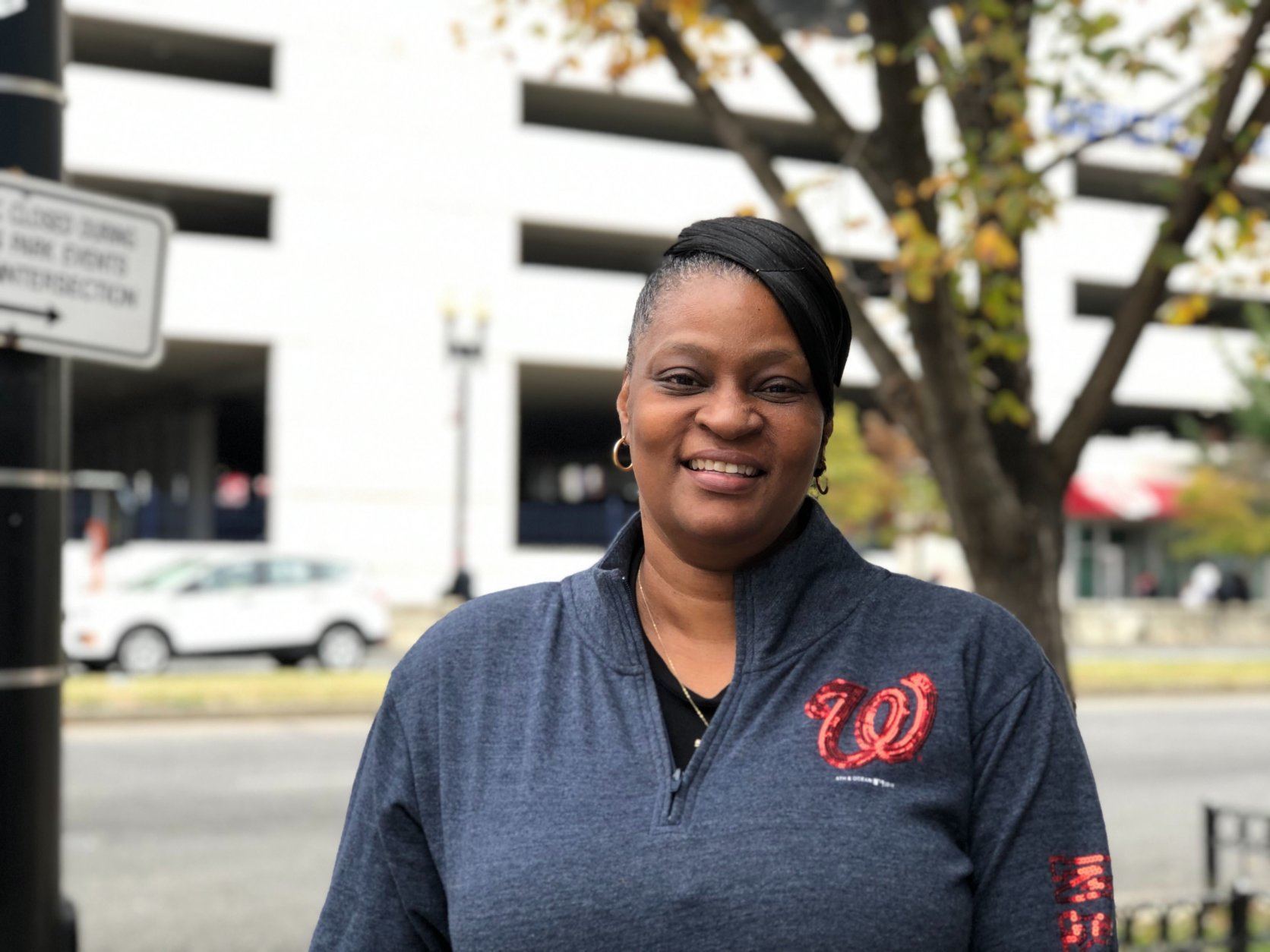 5/8
Tracey Adams, who works at the concessions at Nats Park said, “I’m over the top,” at the thought of a World Series victory.

She won’t be alone in her excitement. 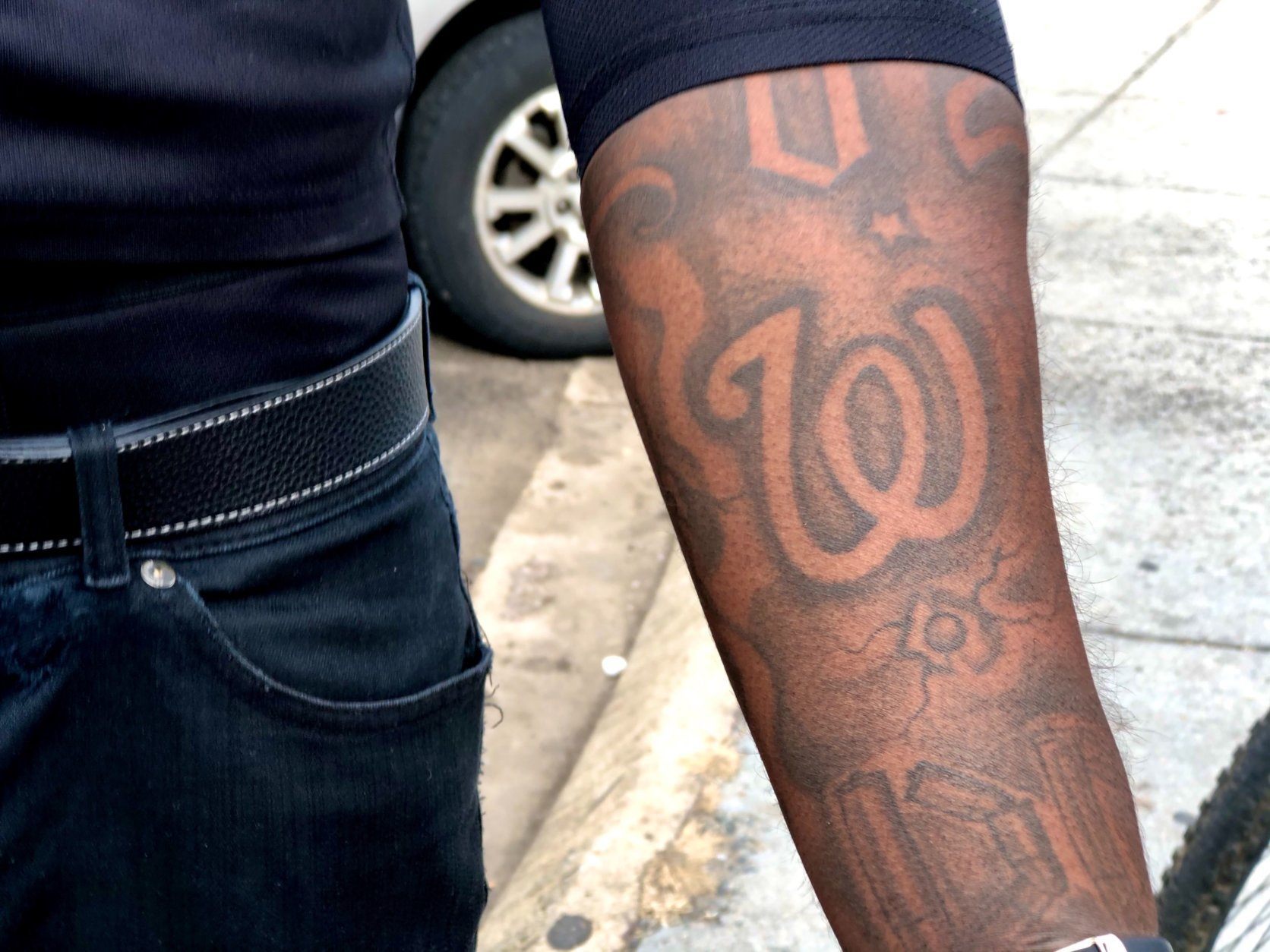 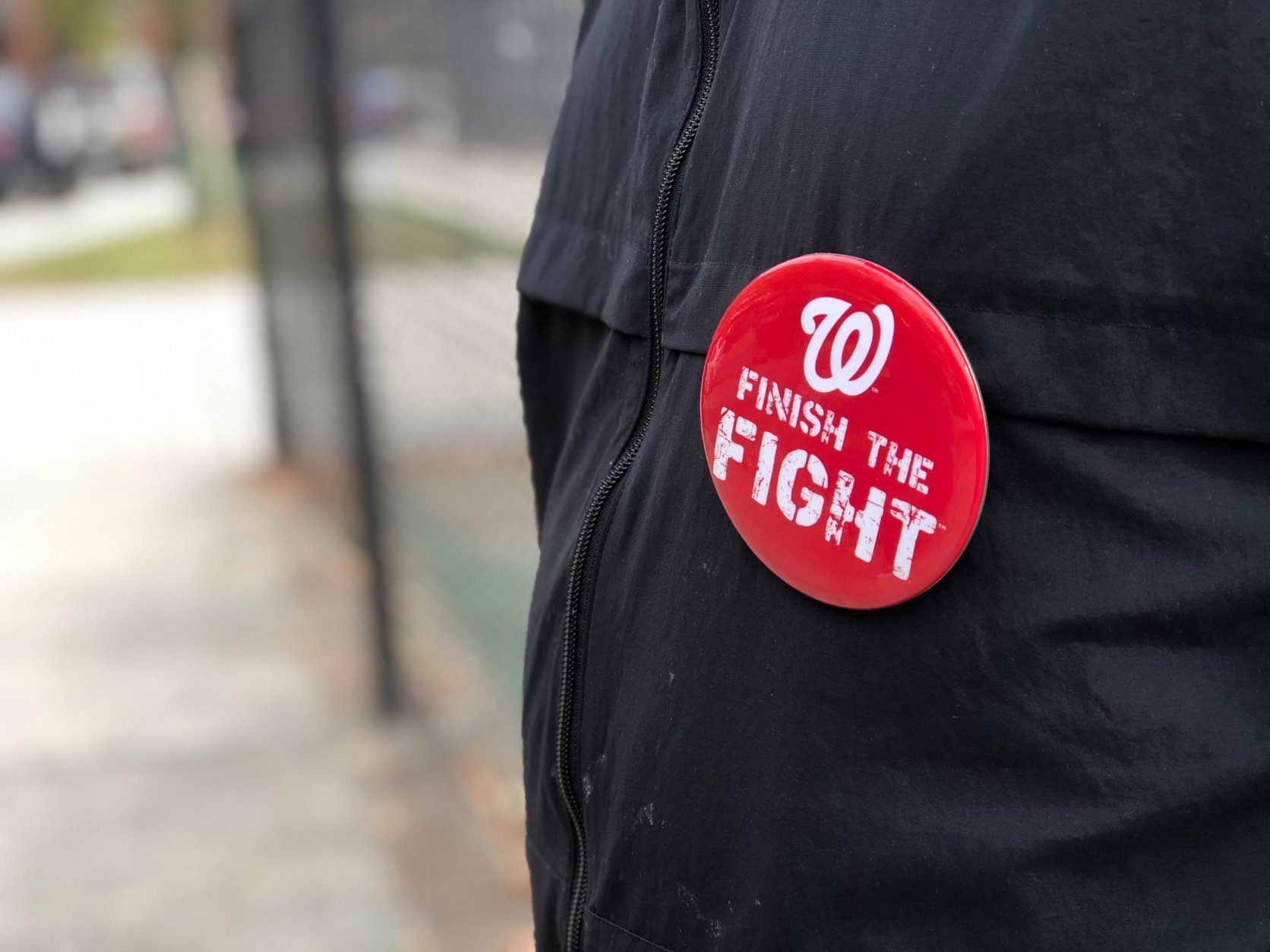 7/8
This button belongs to another man who didn’t want to talk — he just wanted his button to do the talking for him. 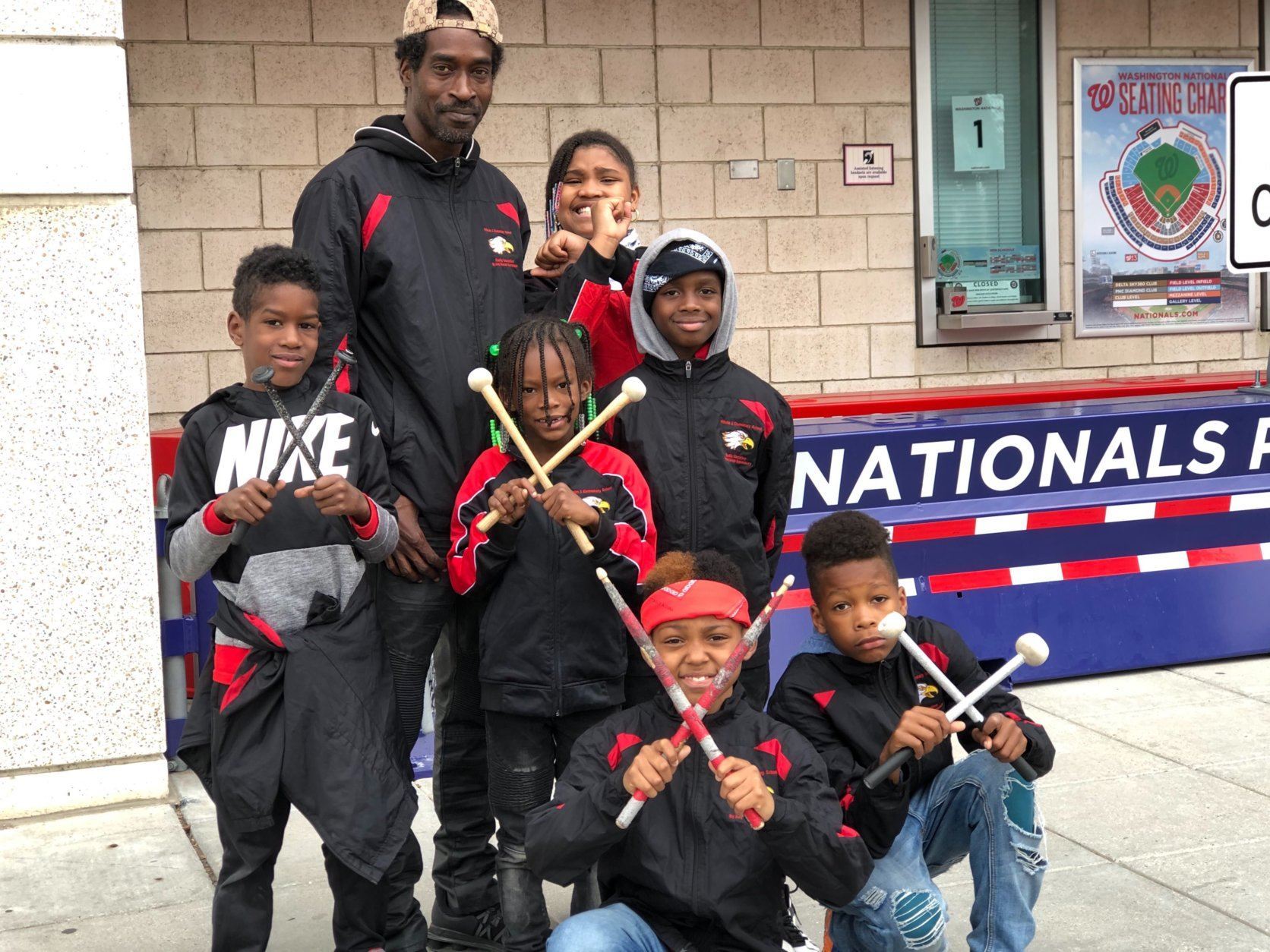 8/8
Corey Jenifer, a Malcolm X Elementary School parent, brought three of his own children and 14 other members of the school’s marching band, down to Nats Park to soak up the atmosphere. They’re also doing a little fundraising to help buy new equipment for the kids. They cheered, “Go Nats, go!”