PHOTOS: Ukrainian cats arriving in DC area up for adoption

Thirty-two cats are arriving to the D.C. area after they were rescued from war-torn Ukraine.

These animal “victims of war” need a home in the U.S. and will soon be available for adoption, said Sue Bell with Homeward Trails Animal Rescue. 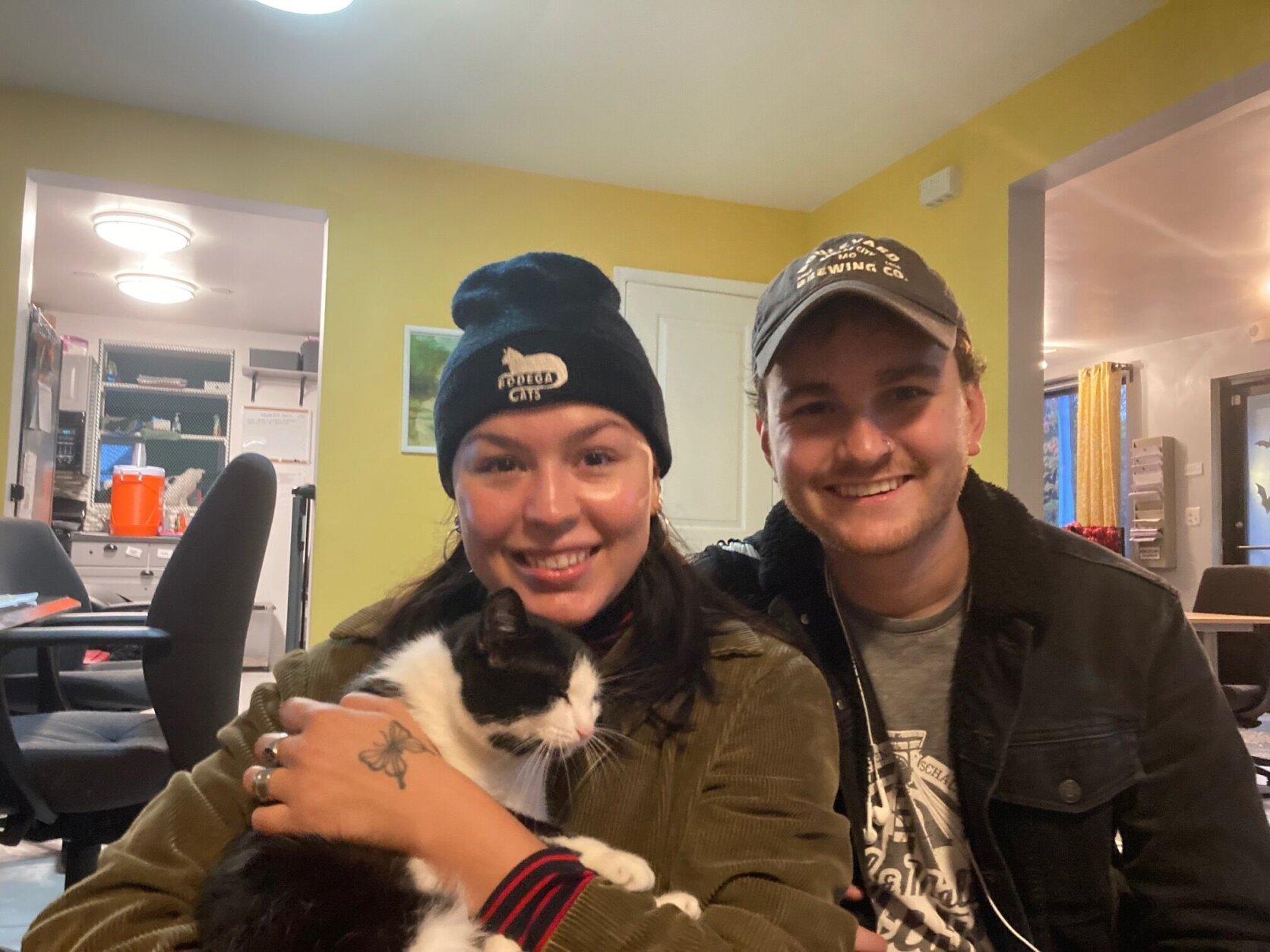 The cats are from areas on the front lines of the war, mostly in southern and eastern Ukraine. Several cats were evacuated from an animal shelter in occupied territory that was later bombed, Bell said. 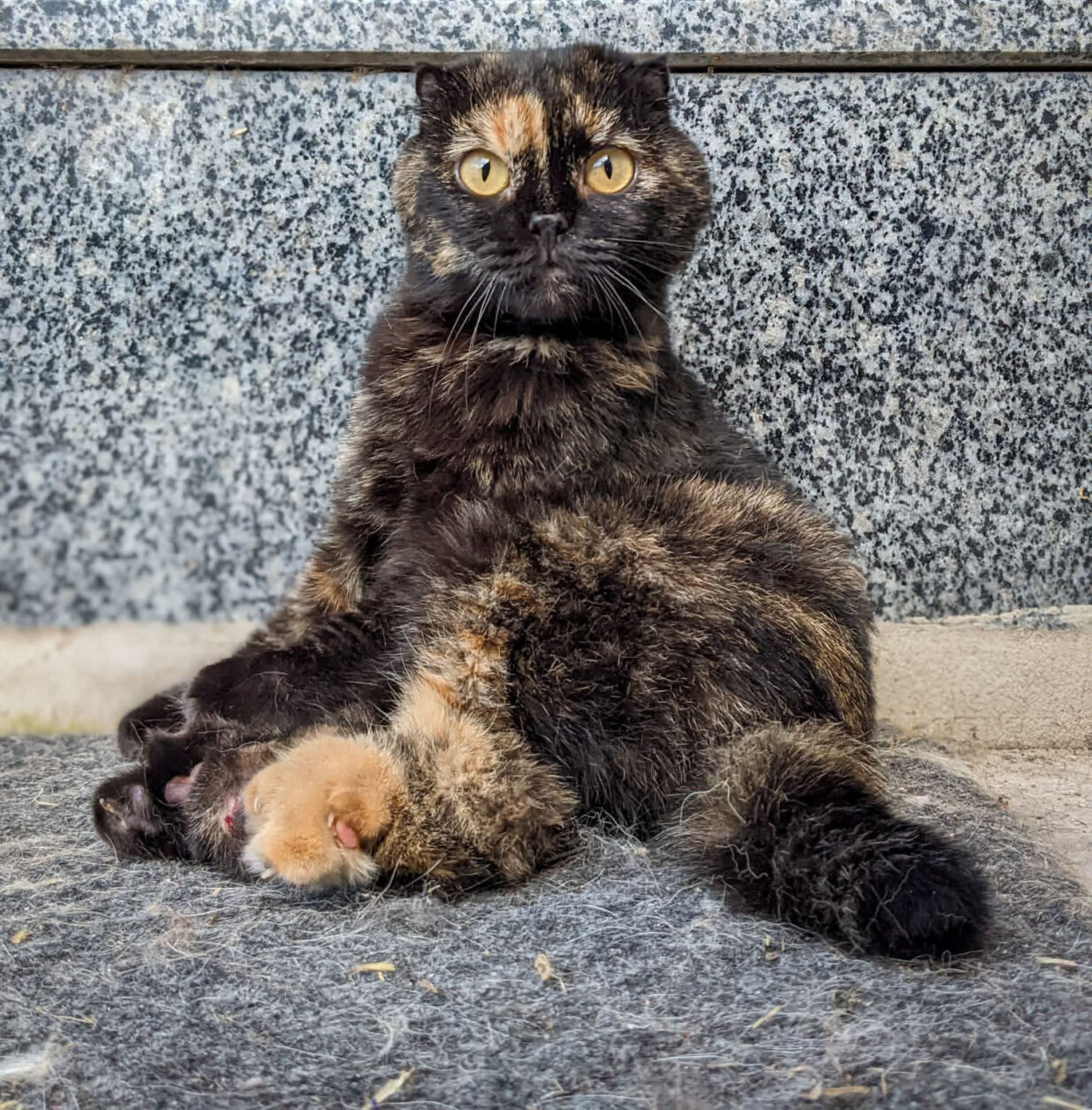 One of the rescued cats, “Gizmo,” has tiny ears and deformed feet. “But she is the cutest, most personable cat. She sits up like a human; she kind of sits on her butt and puts her feet out,” Bell said. 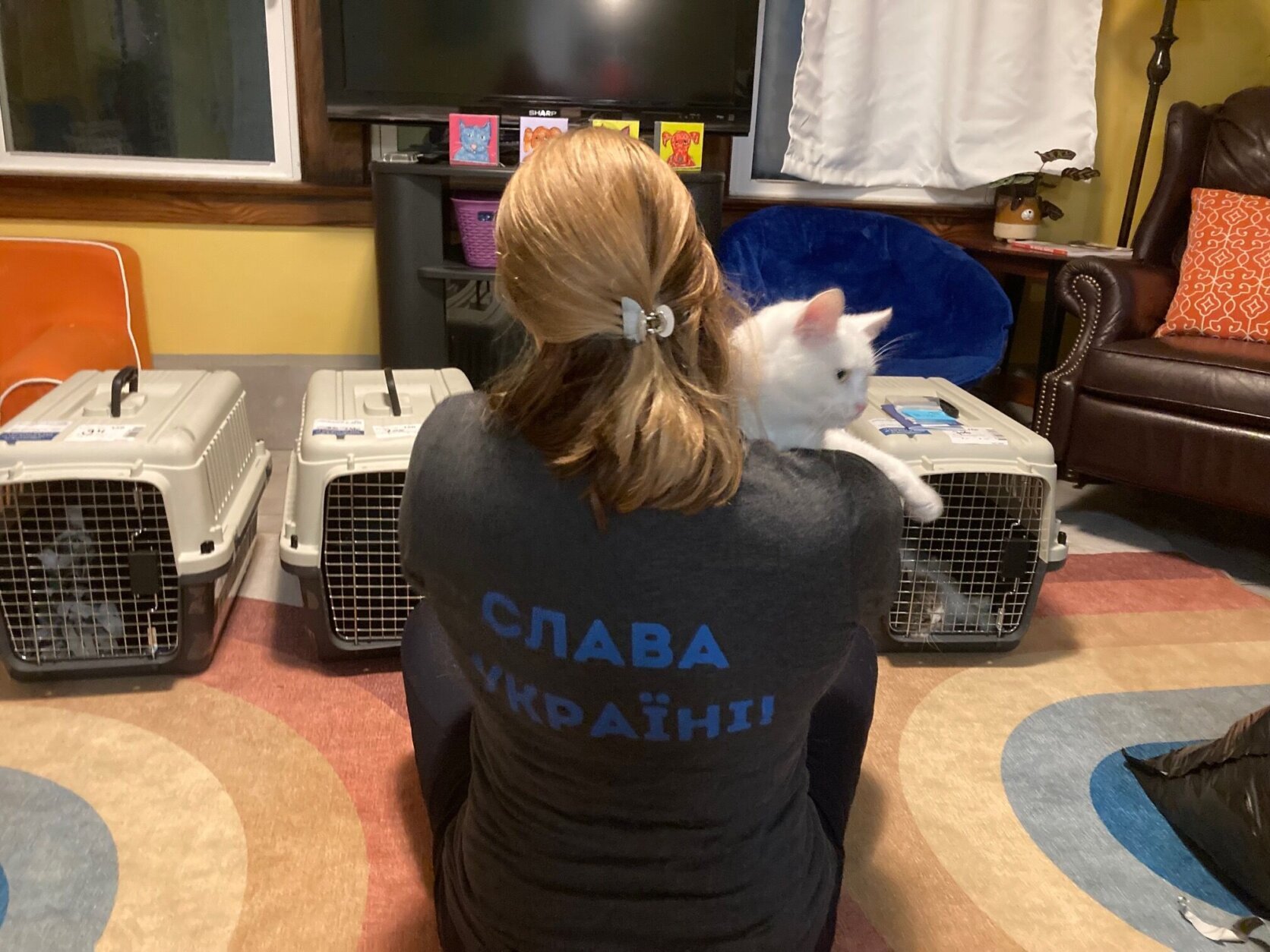 Bell said the cast escaped “mostly just in time. Other cats had been found wandering villages in and out of homes that had been destroyed. And villagers who remained nearby were coming in to try to feed them and give them water to keep them alive. But it was clear that those cats had not been living outdoors and needed caretakers.” 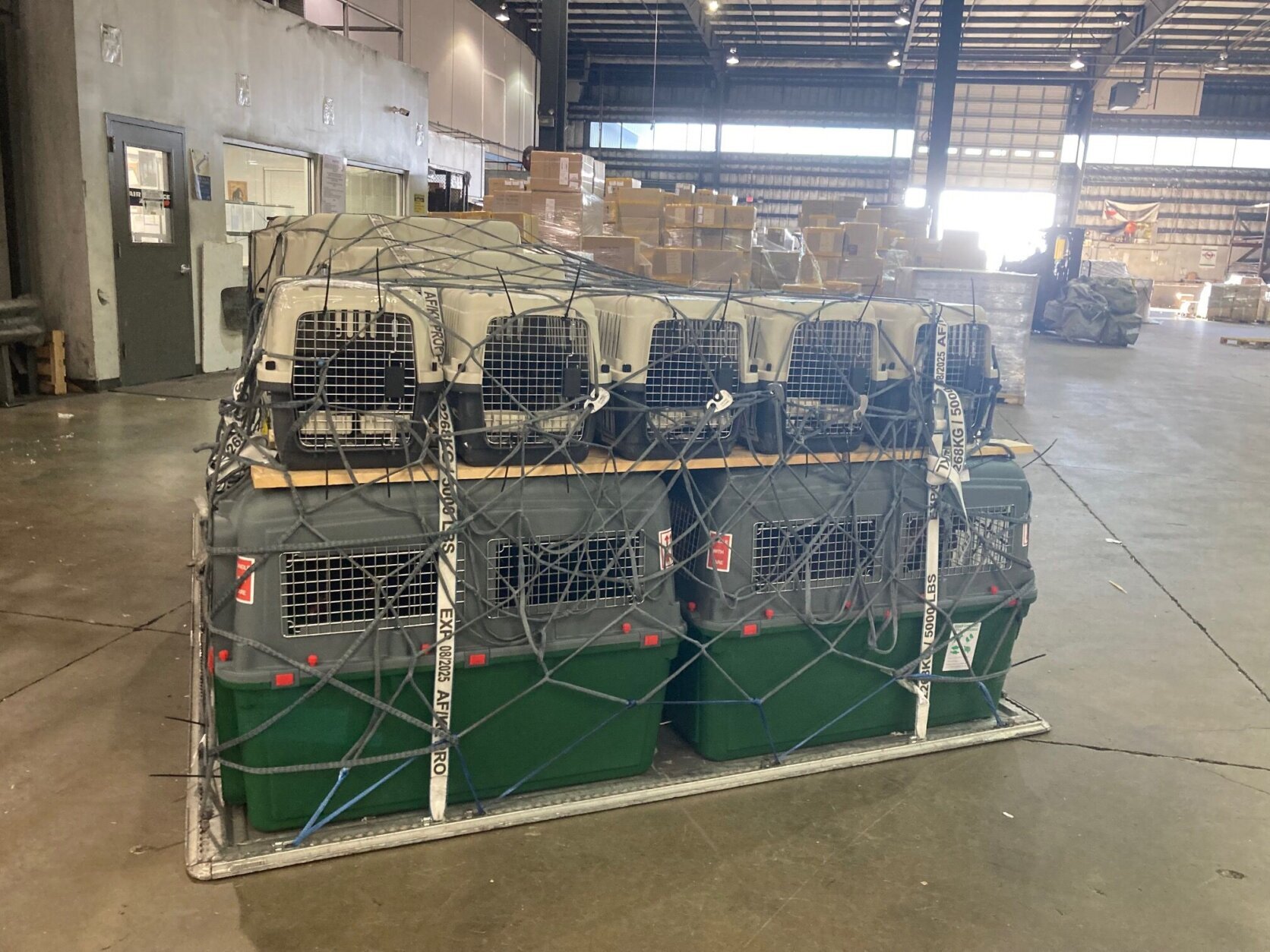 It was no small feat to get the cats to the U.S.

Bell said rescuers had to go through a number of vaccine protocols. The cats’ records also had to be certified by a veterinarian and a local government official, and then presented and reviewed at the border before leaving the country. Then, at the airport, there were a number of rules, regulations and paperwork that had to be sorted out.

“So when I say that there are about 25 steps involved in making this happen just to satisfy paperwork requirements, that is not exaggerated,” Bell said. 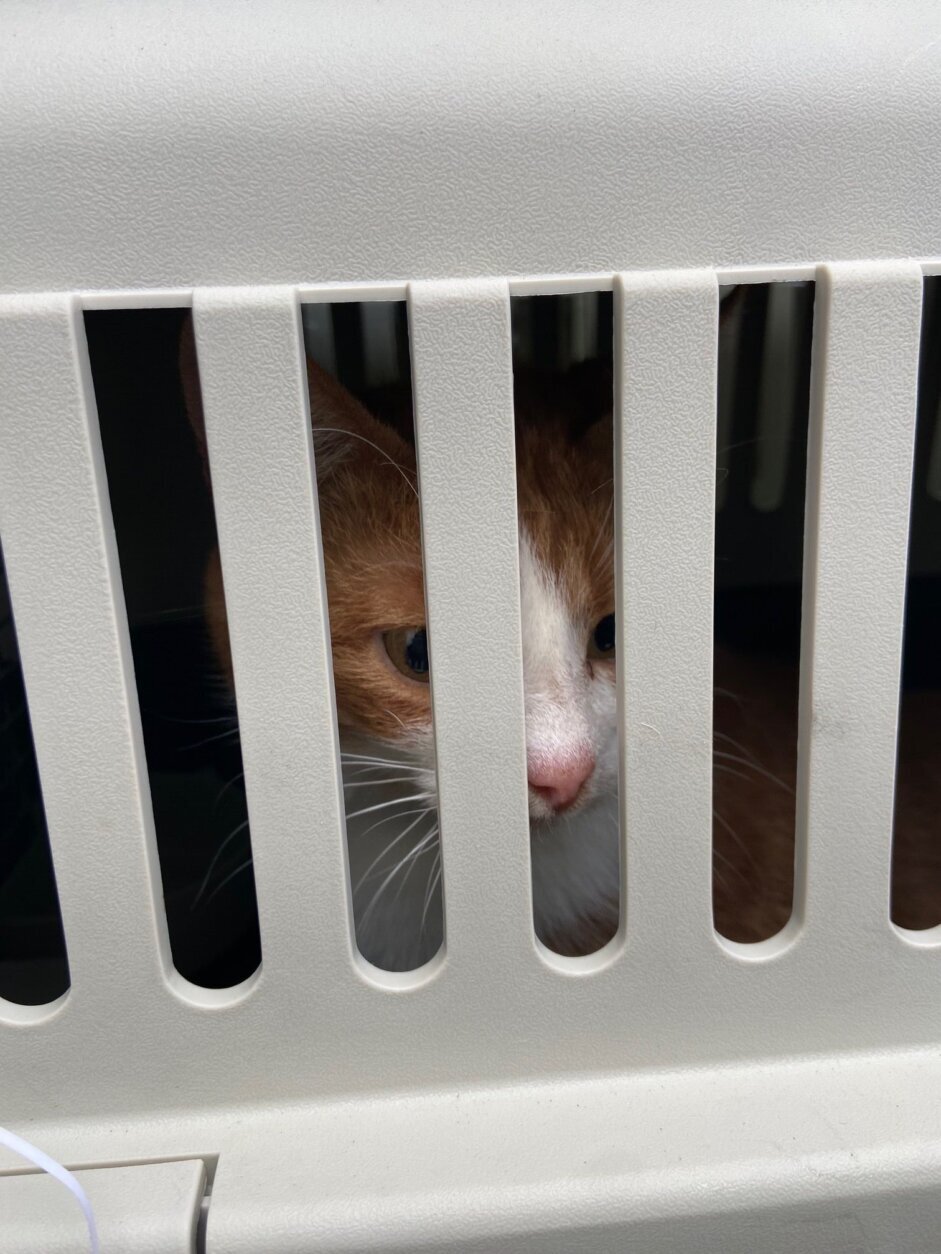 Some of the cats arrived on Wednesday at Dulles International Airport in Virginia and the rest are arriving on Thursday. They will be taken to the Homeward Trails Adoption Center for intake before heading on to foster homes and the Crumbs & Whiskers: Kitten & Cat Cafe in Georgetown. 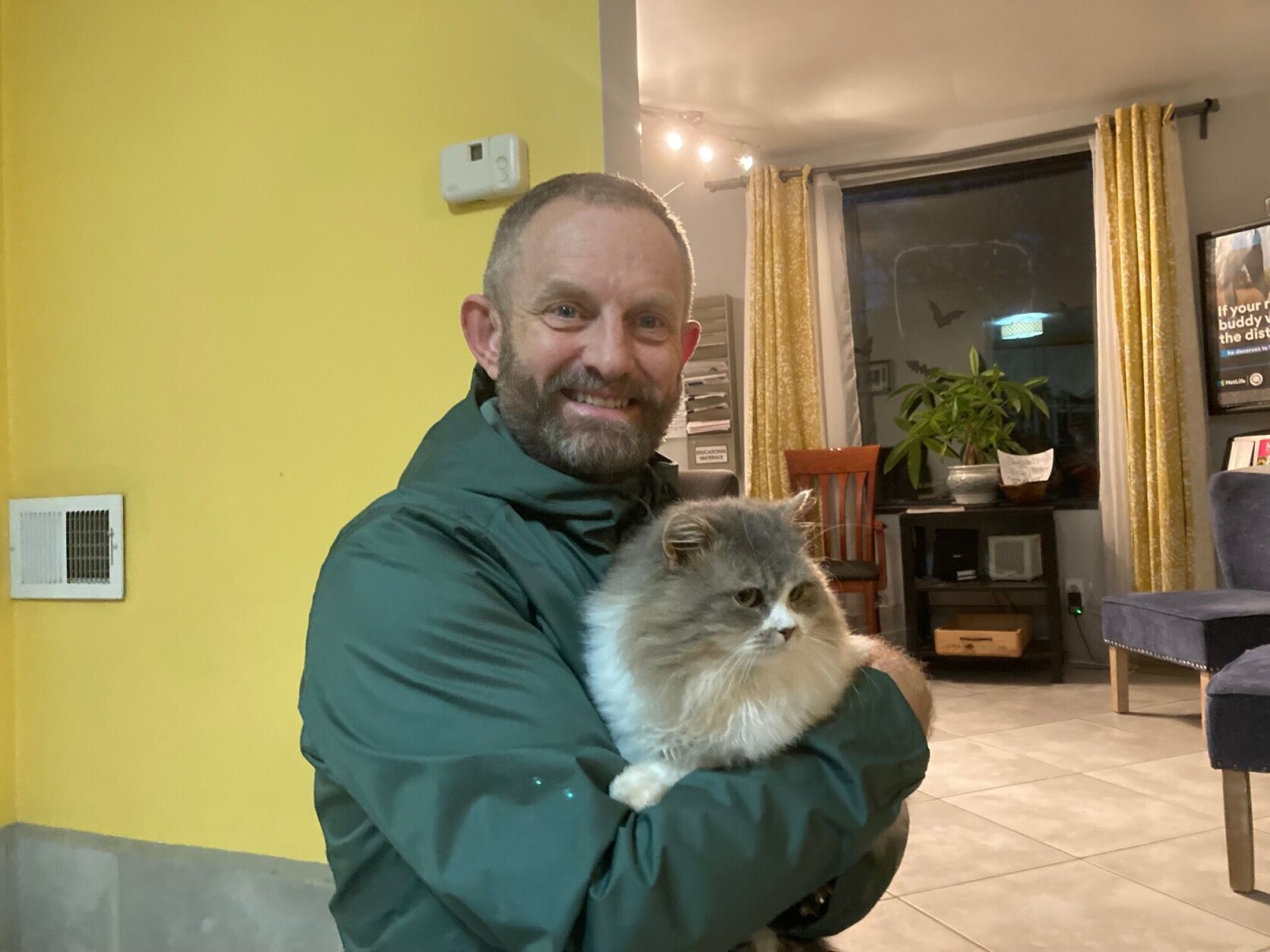 Homeward Trails Animal Rescue has raised almost $12,000 that just about covered the cost to transport the cats out of Ukraine. Other funds will go toward sending food and supplies to Ukraine. 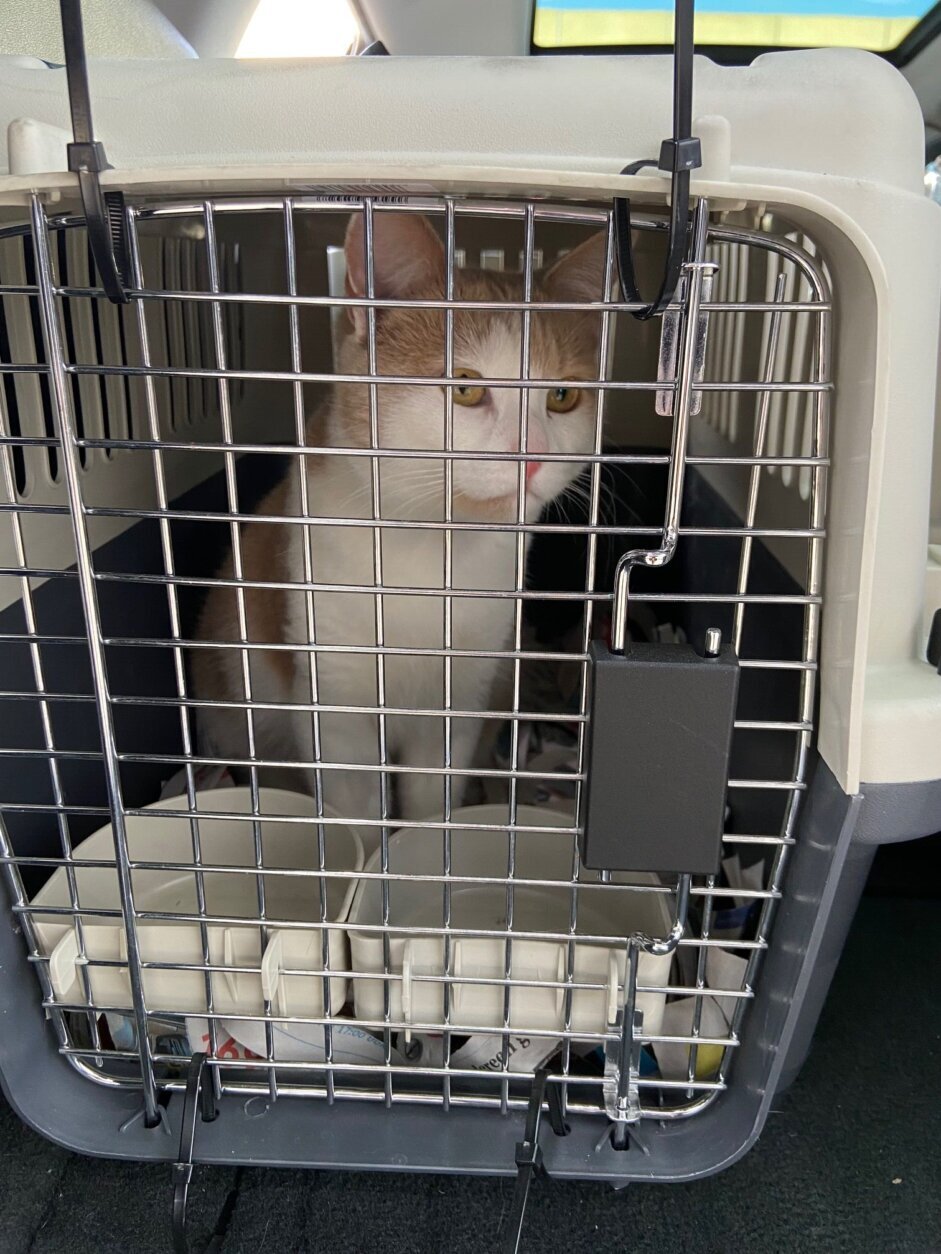 “Right now, Homeward Trails is the only organization taking cats from this new Ukraine shelter. And so, for every cat that we took from the shelter, that not only gave that cat an opportunity for a home, but it created a space in that shelter for the team to go out there and bring more cats in,” Bell said. 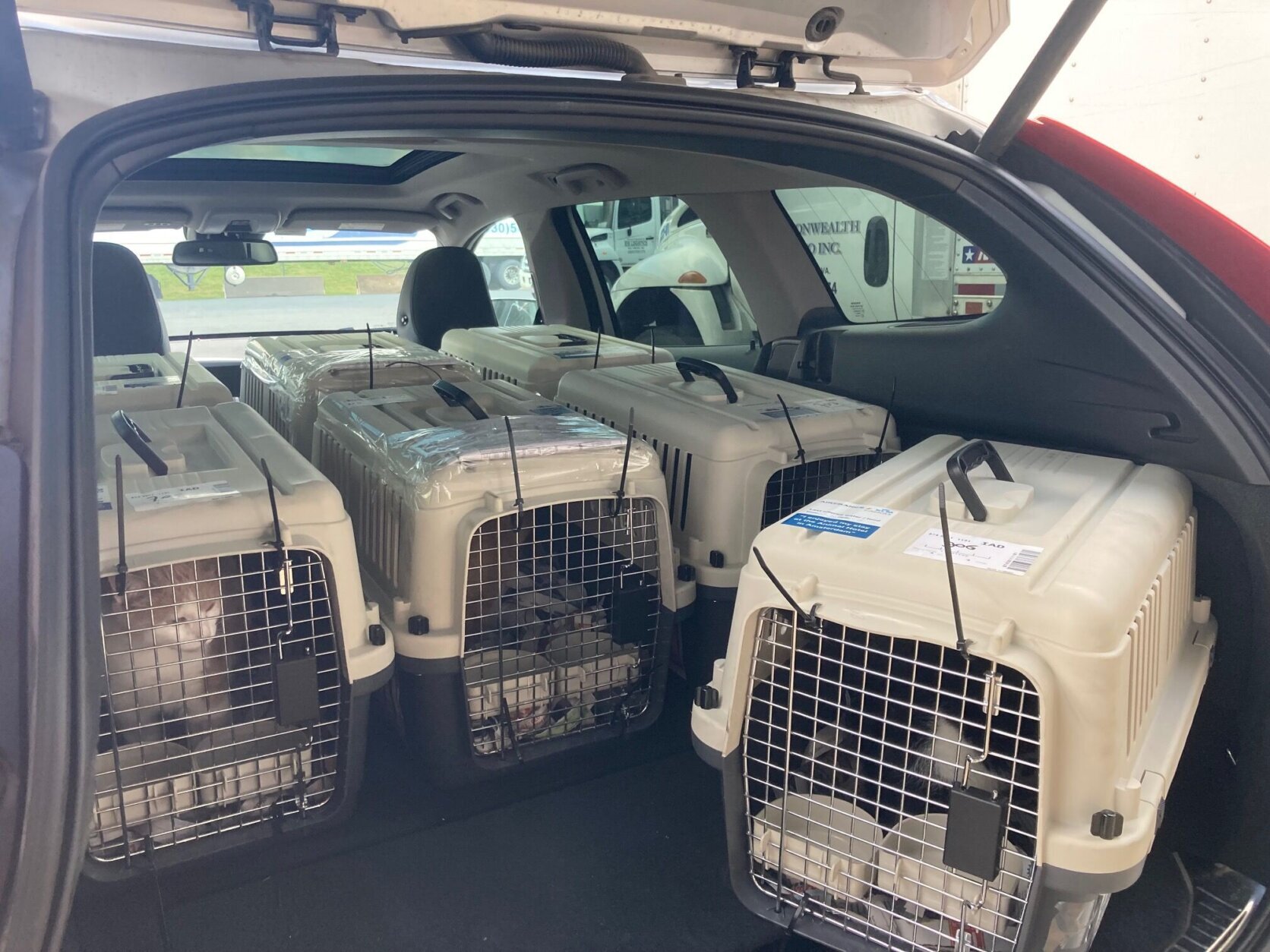 Bell said she hopes to continue taking in cats from the shelter in Ukraine, so they can continue to take more cats off the war-torn streets. 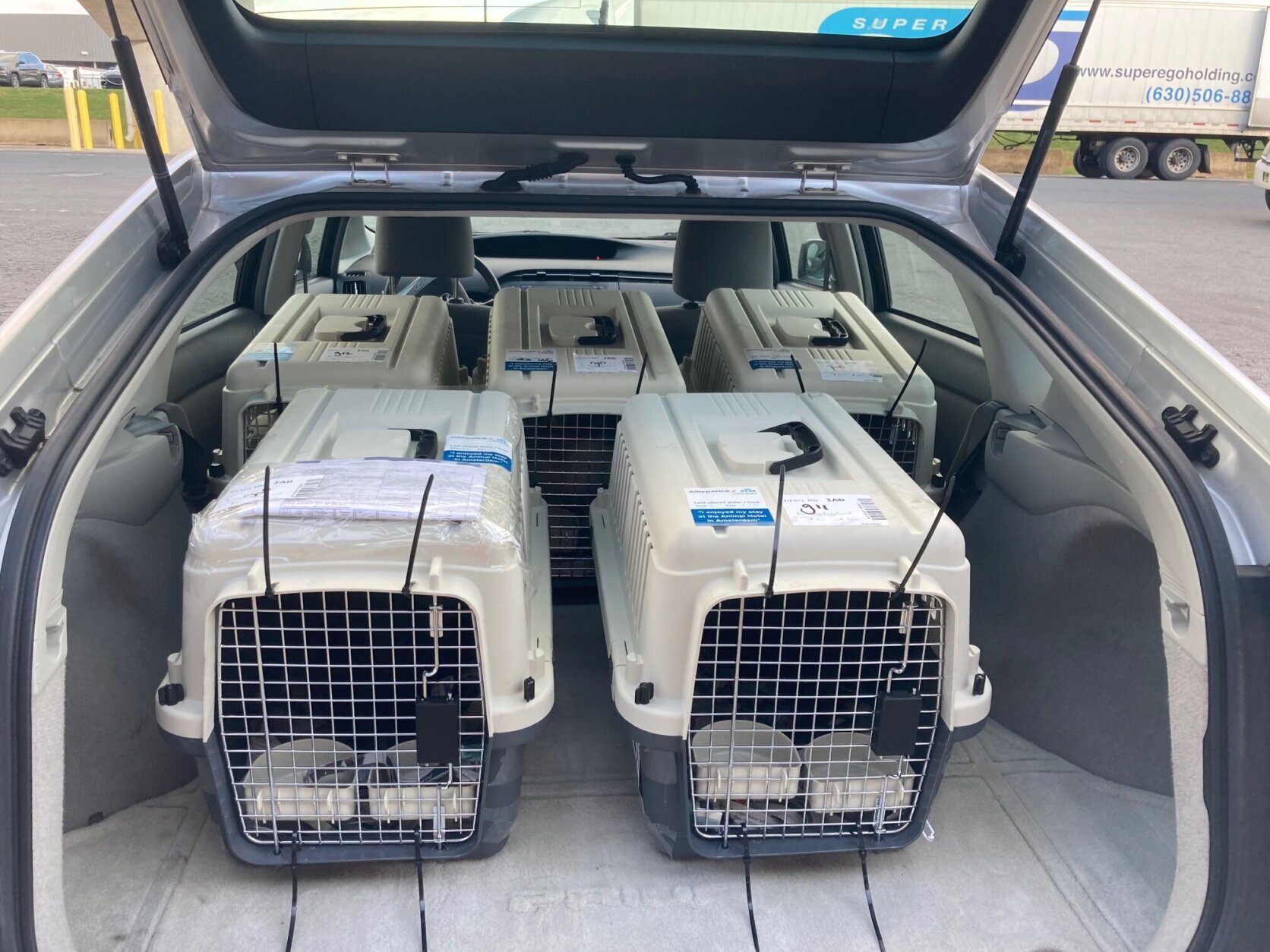 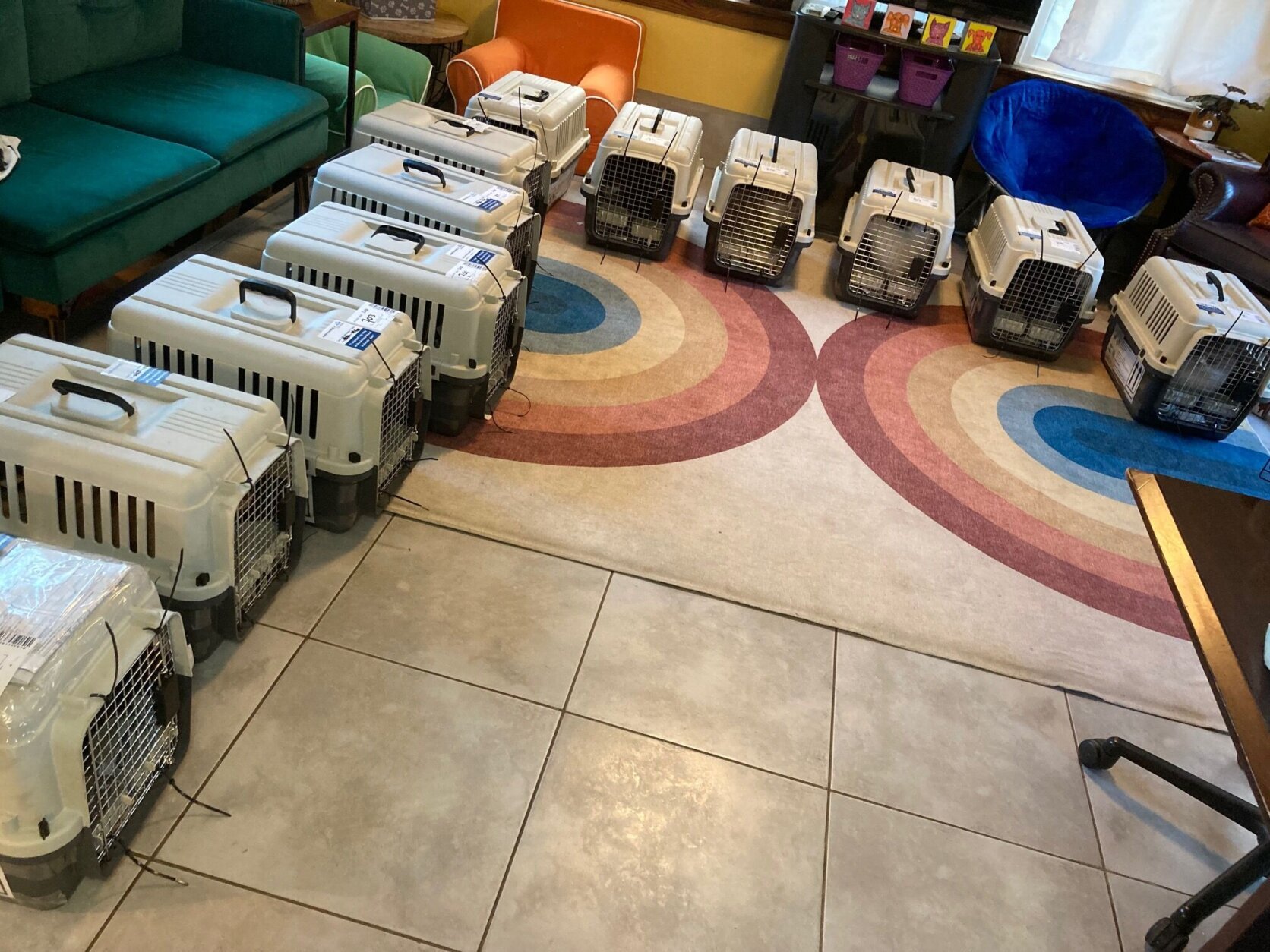 “They are spayed and neutered. They are microchipped. They are vaccinated. We know their personalities,” Bell said.