President Joe Biden stepped into D.C.’s oldest hardware store Tuesday to talk about a change he made to the Paycheck Protection Program to benefit small businesses.

The W.S. Jenks & Son hardware store in Northeast D.C. is a recipient of the PPP program.

Siegel was accompanied by his retail neighbor Mary Ackley, owner of Little Wild Things, an urban farm specializing in microgreens and edible flowers.

Biden’s visit came after his administration announced Feb. 24 that for two weeks the Small Business Administration would only accept applications for the forgivable loan program from businesses with 20 or fewer employees.

Biden said during his visit that during the Trump administration, large businesses that shouldn’t have qualified for the program pushed out smaller businesses.

“We found out that an awful lot of that went to bigger businesses that weren’t supposed to qualify,” Biden said. 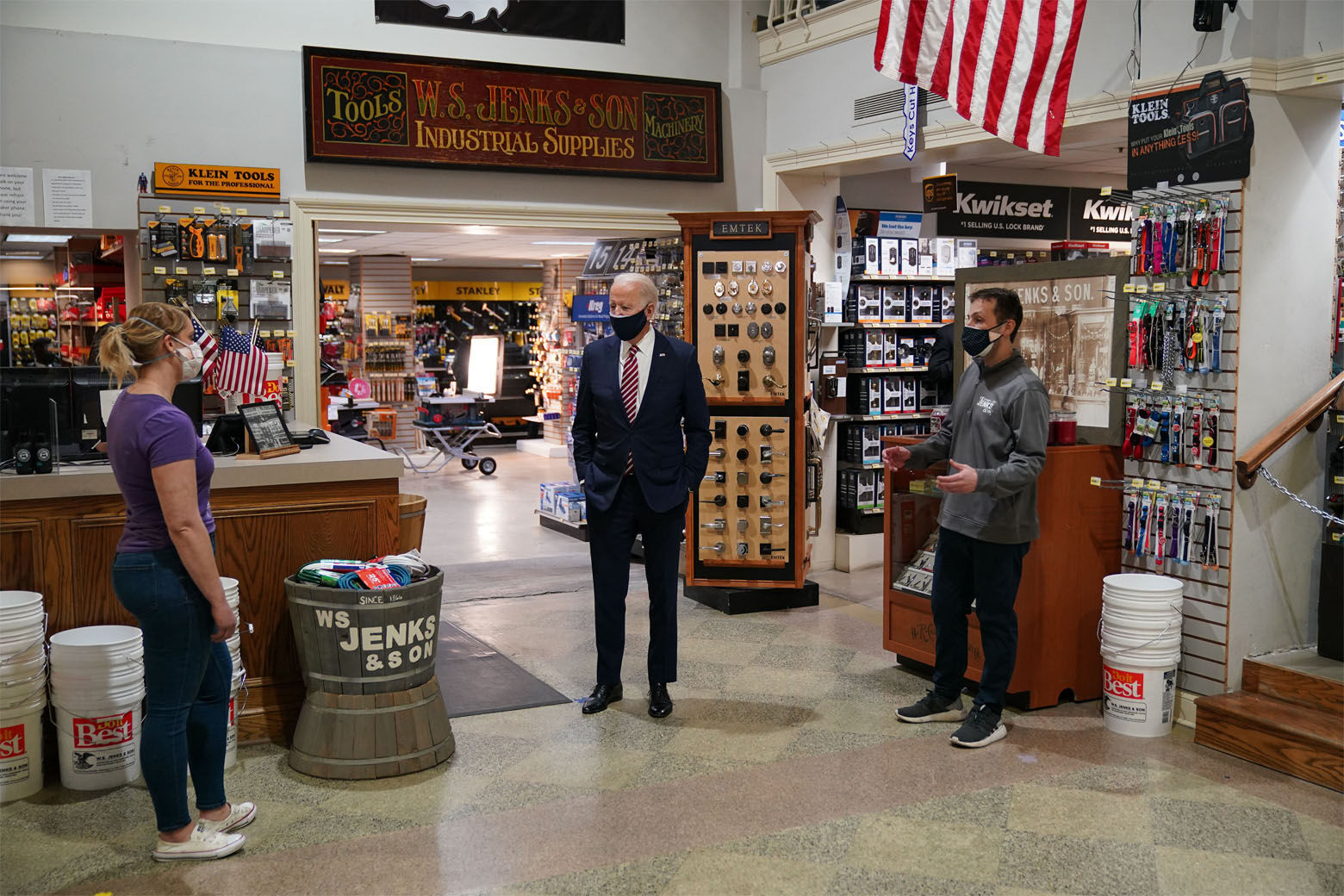 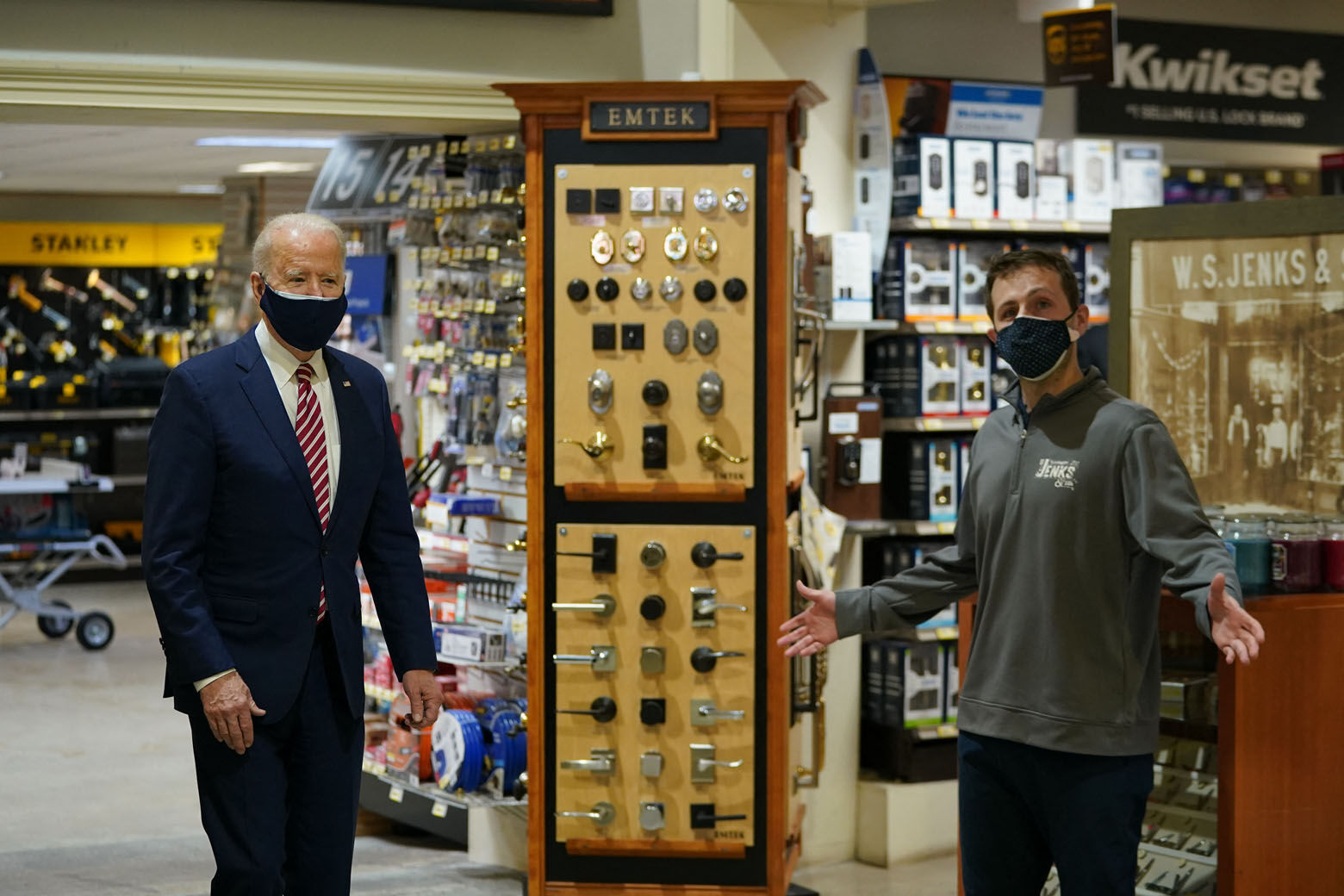 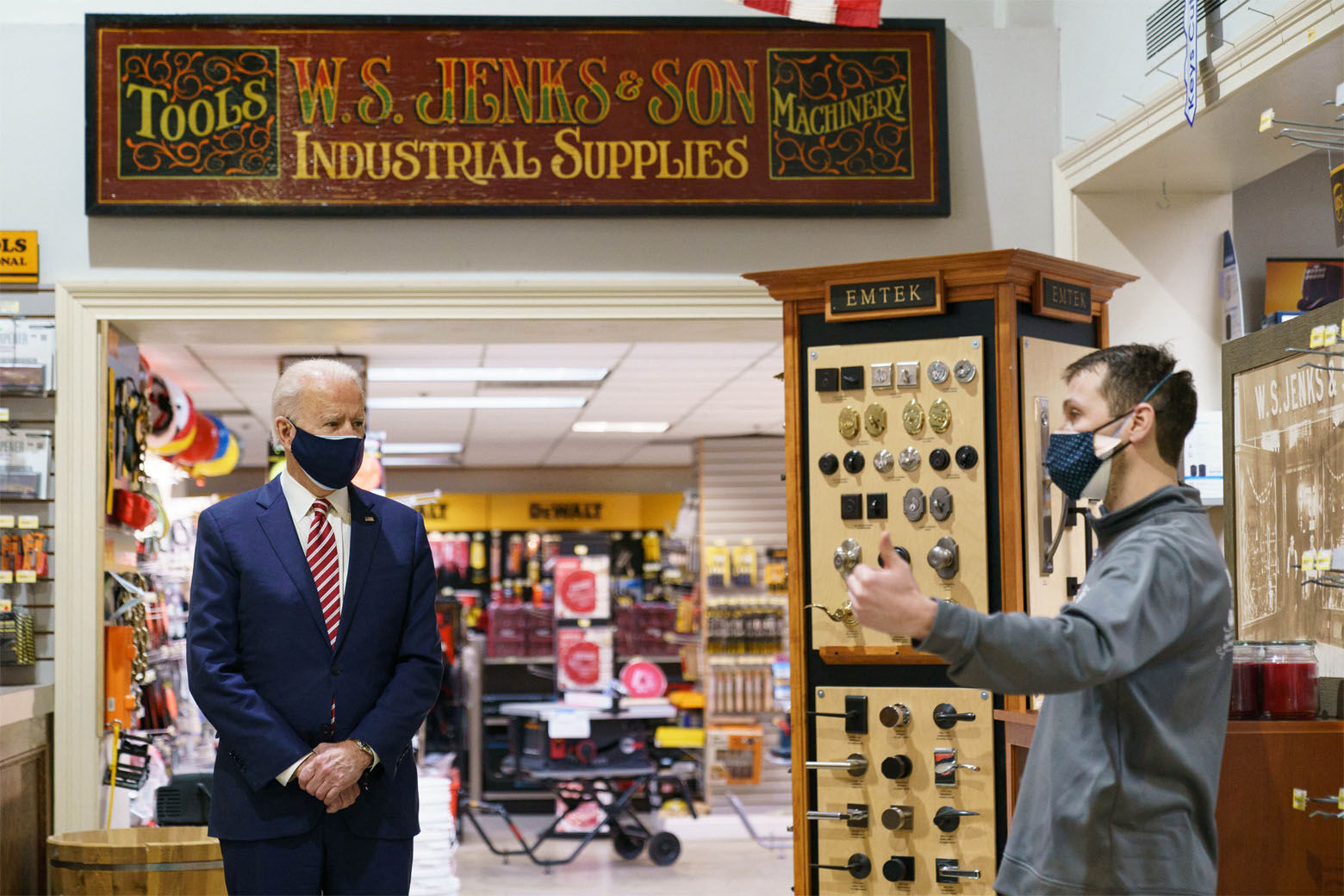 US President Joe Biden (L) speaks with Michael Siegel (R), co-owner of W.S. Jenks & Son, a hardware store that has benefited from a Paycheck Protection Program (PPP) loan, in Washington, DC, on March 9, 2021. 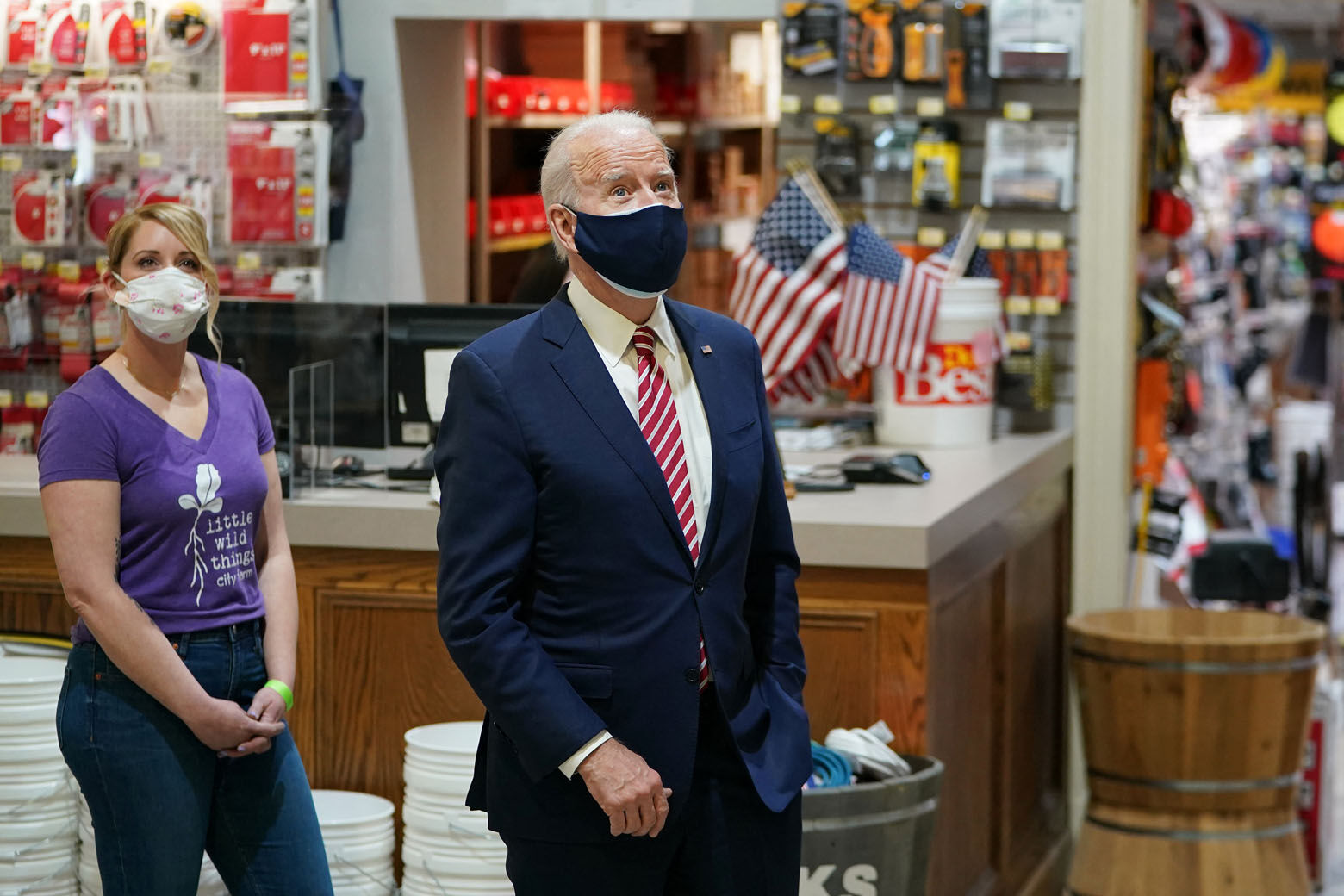 US President Joe Biden stands with Mary Anna Ackley (L), owner of Little Wild Things Farm, a business next door to Jenks & Son, both benefiting from the PPP loan, as he visits inside W.S. Jenks & Son, a hardware store in Washington, DC, on March 9, 2021. 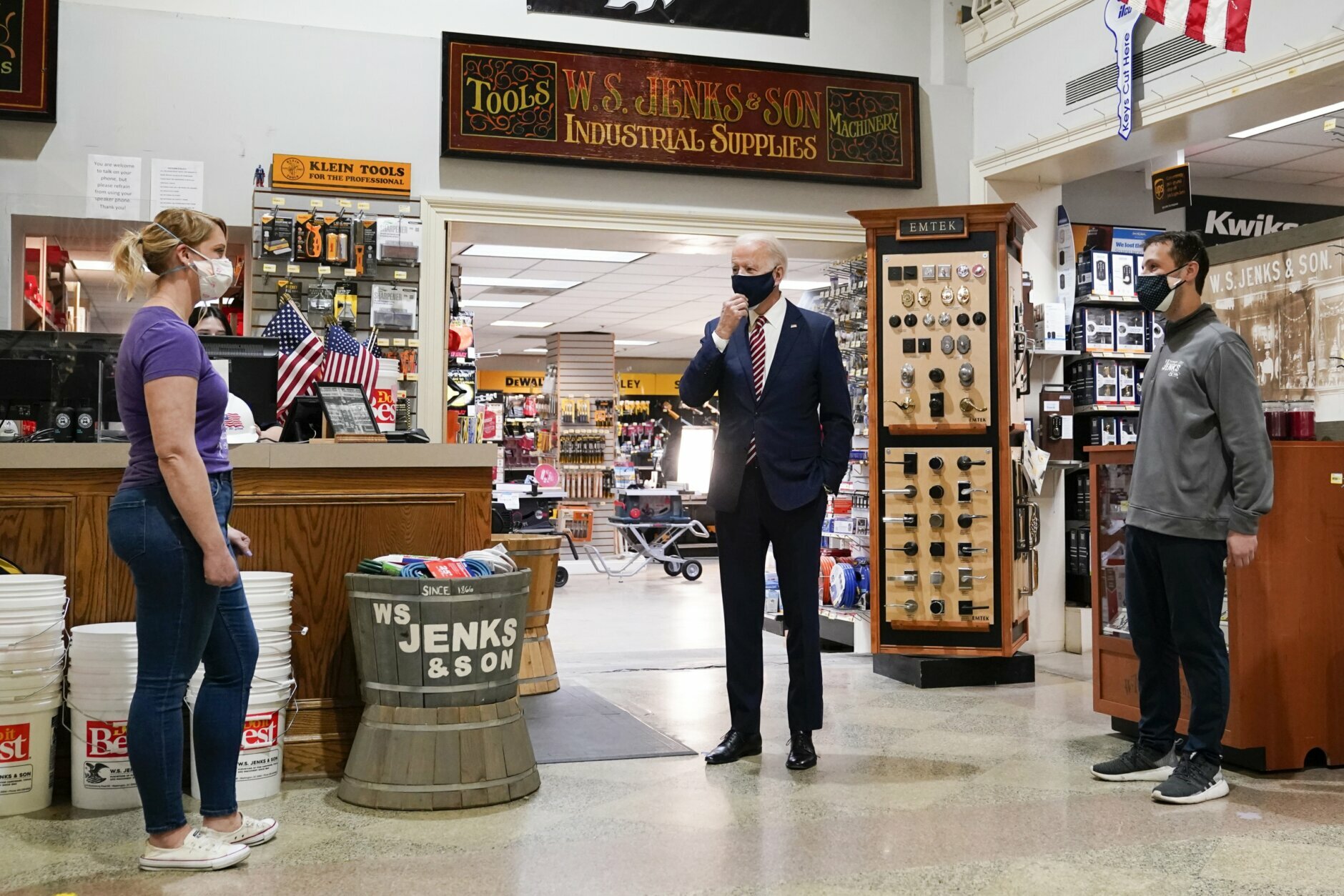 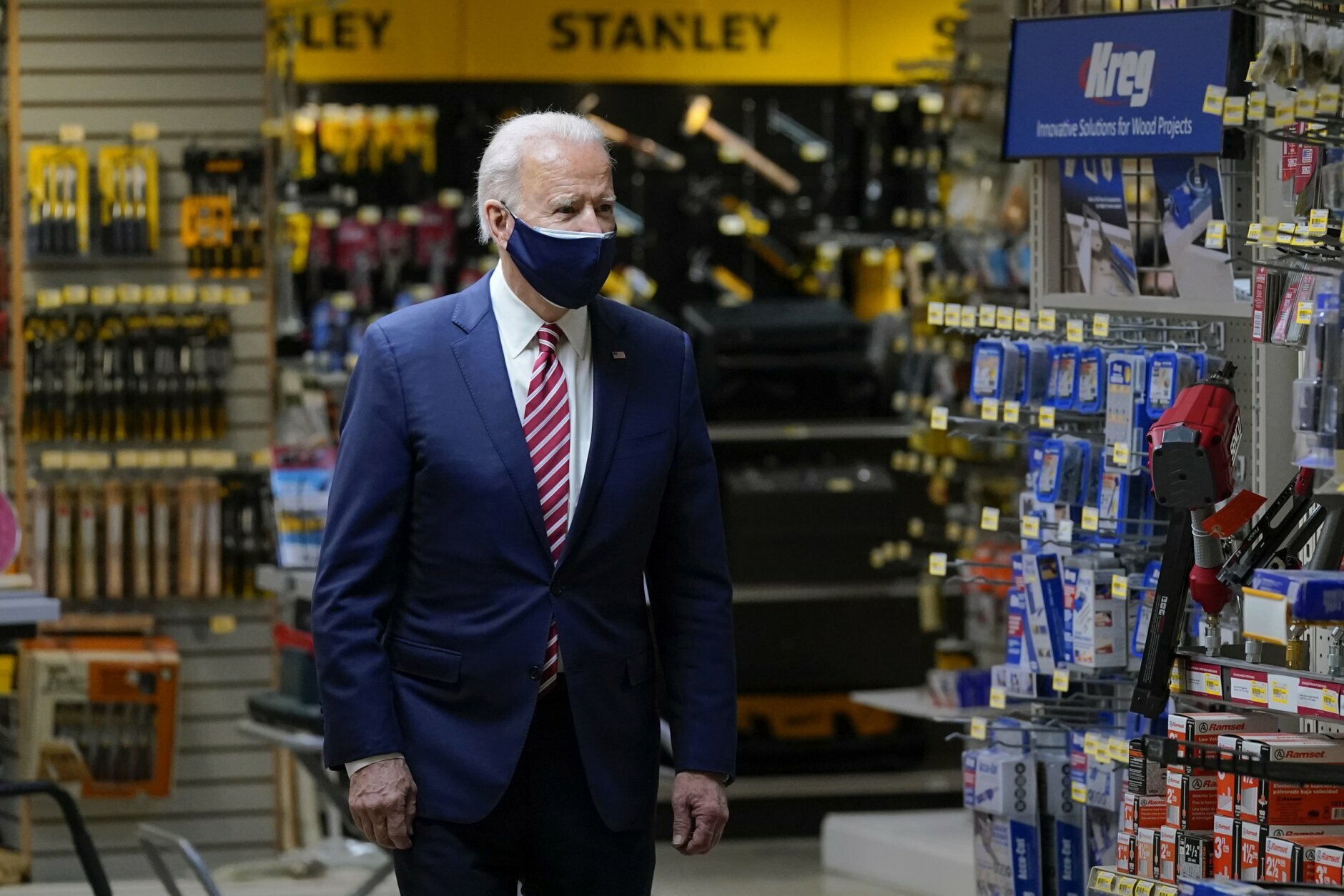