1 taken into custody during rally for cannabis clemency

One person was taken into custody during a protest for cannabis reform near the White House on Monday.

Activists demanded clemency for all people incarcerated on marijuana-related offenses, pointing to a comment on cannabis reform Biden made as a candidate during a 2019 presidential debate: “I think anyone who has a record should be let out of jail, records expunged.”

“Why is it moral to keep a single person for a cannabis crime behind bars? That’s what the White House has to explain to the American public now,” said Adam Eidinger, a local cannabis rights activist and co-founder of D.C. Marijuana Justice who helped pave the way for its legalization in the District.

After a rally in Lafayette Square, activists marched with a giant inflatable joint — a common sight at D.C. cannabis protests going back years since before it was legalized in the city. They risked arrest by blockading a vehicle entrance to the Eisenhower Executive Office Building. Activists held up photos of people still incarcerated on marijuana convictions, some for decades.

U.S. Secret Service and D.C. police stopped traffic in the area of 17th Street and Pennsylvania Avenue. Protesters held the Northwest D.C. intersection for about three hours, but no arrests were made. After eating pizza next to their 51-foot inflatable joint stretched across the road from edge to edge, about a dozen remaining protesters escalated by moving to the north side of the White House and blocking a security checkpoint.

Sarah Noon, an activist with Students for Sensible Drug Policy, was arrested by the Secret Service after running through the entry gate with a cannabis flag. In an email update, DCMJ said Noon was held in custody overnight but was released without charges. 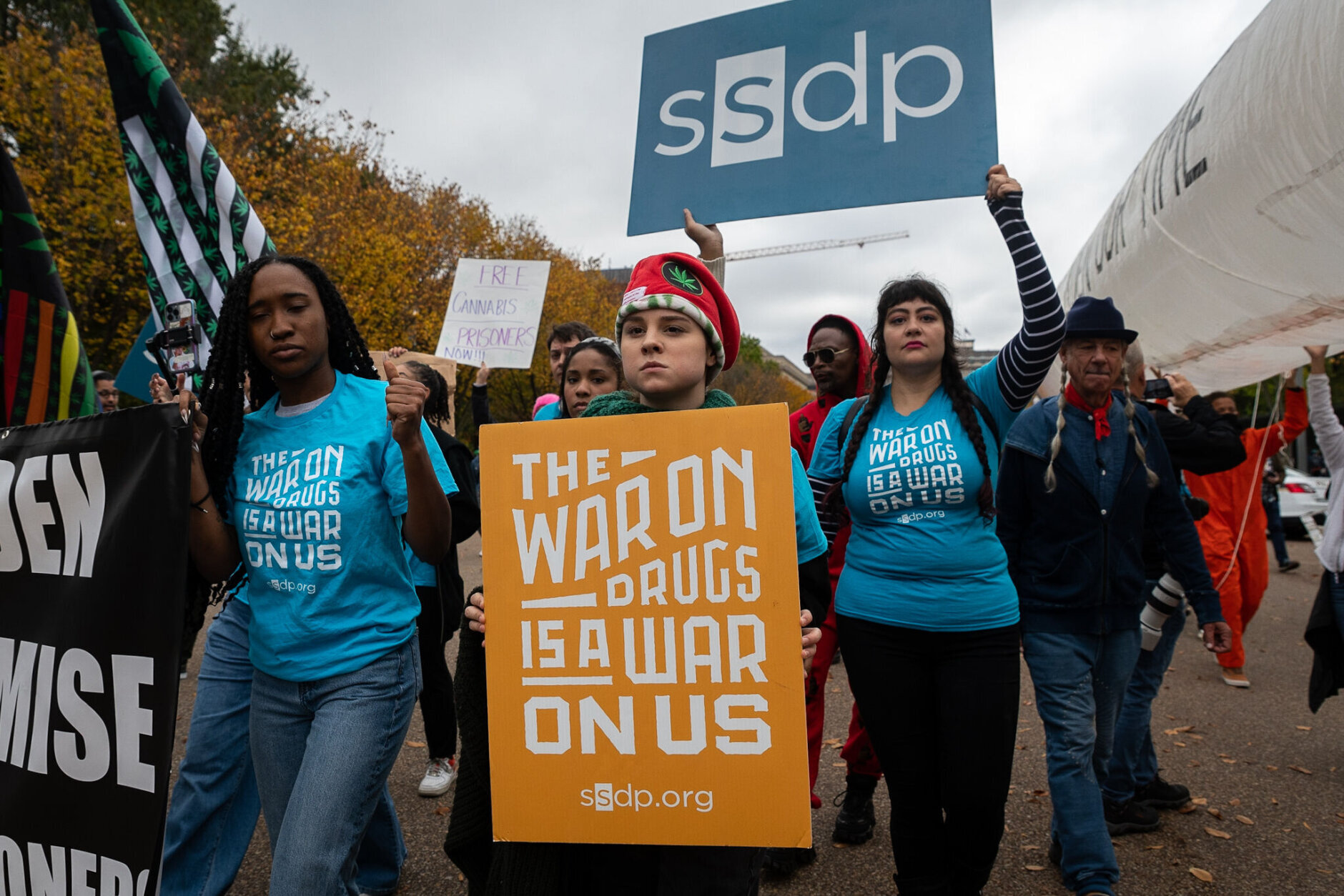 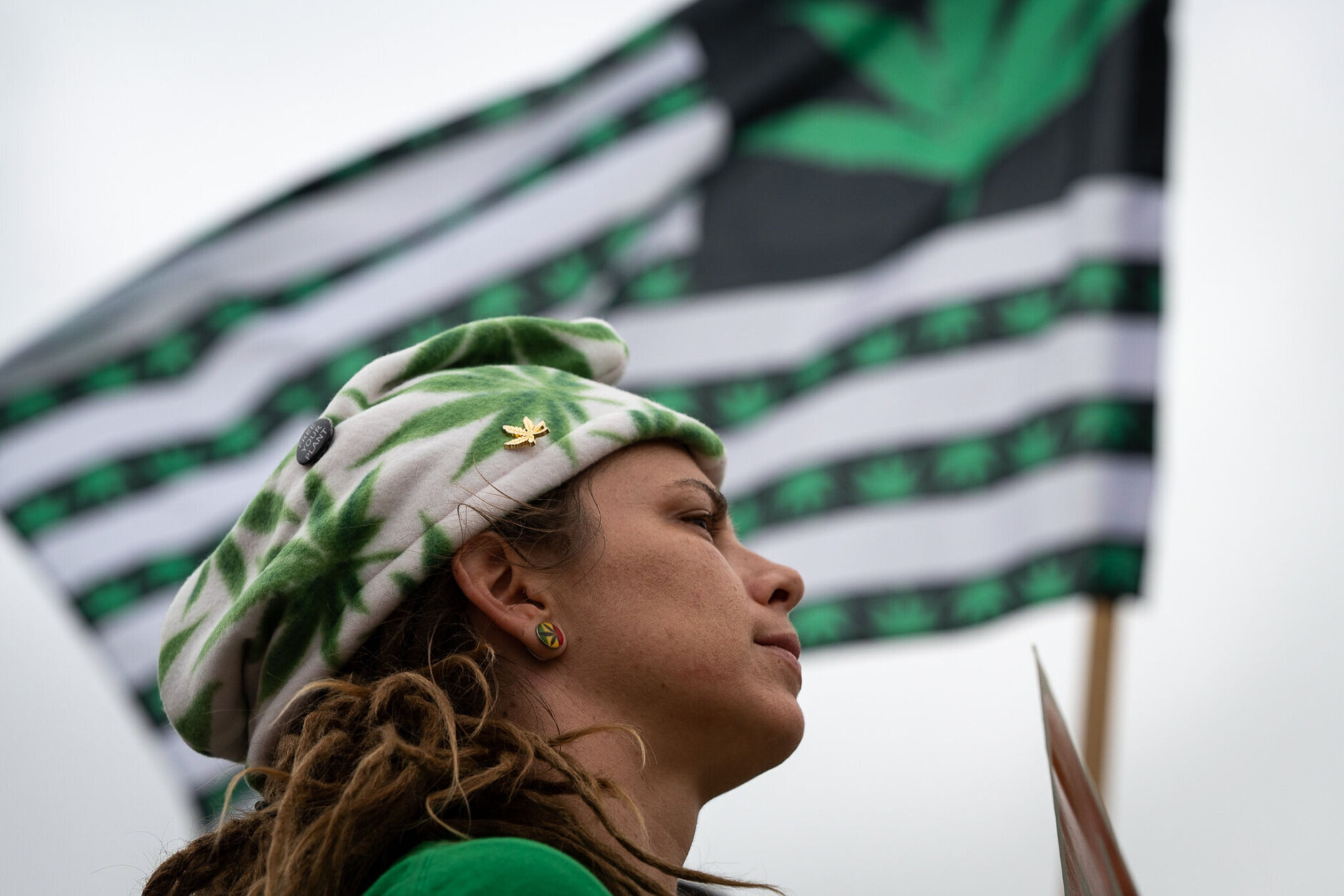 2/8
An activist protests for cannabis reform outside the White House. (WTOP/Alejandro Alvarez) 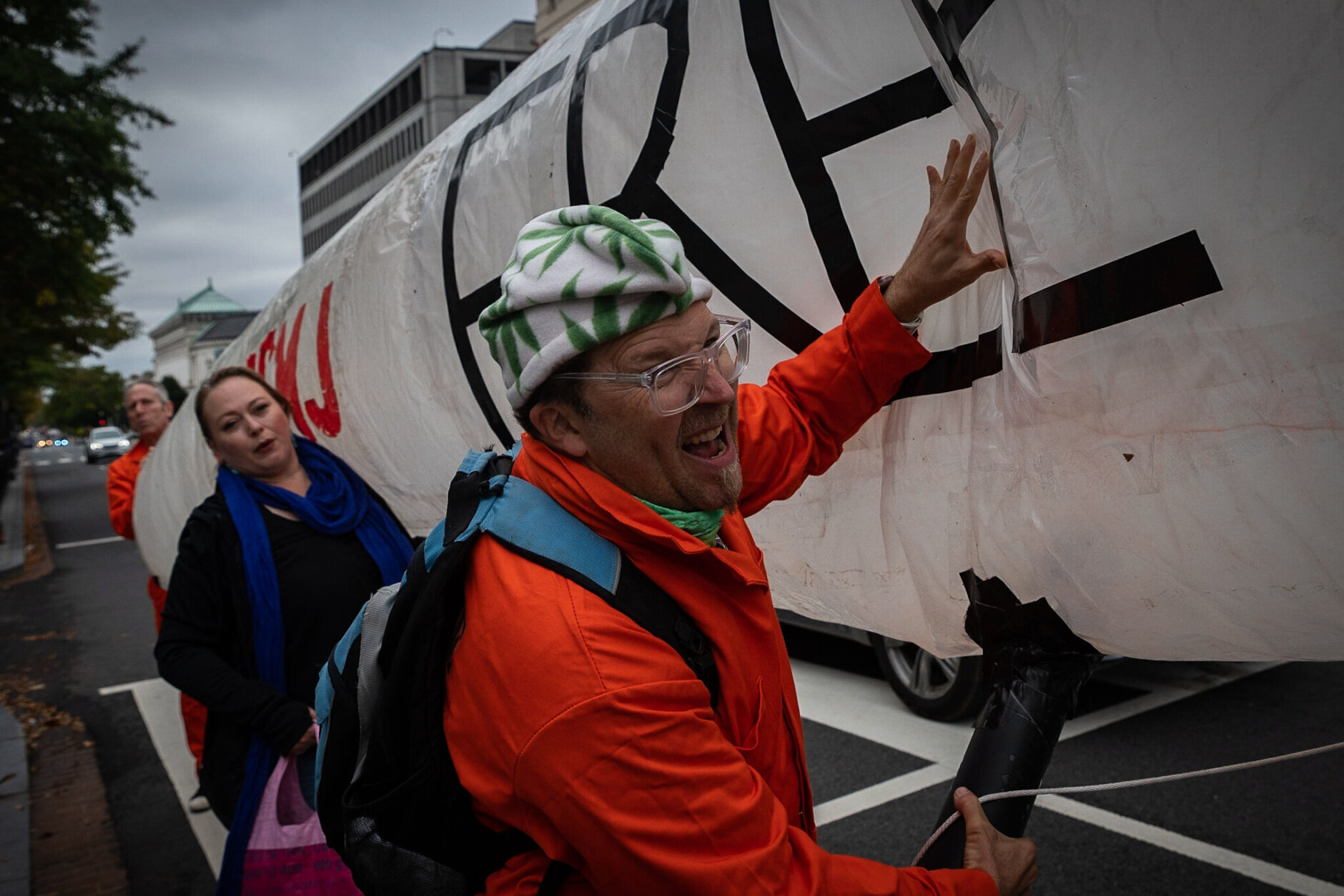 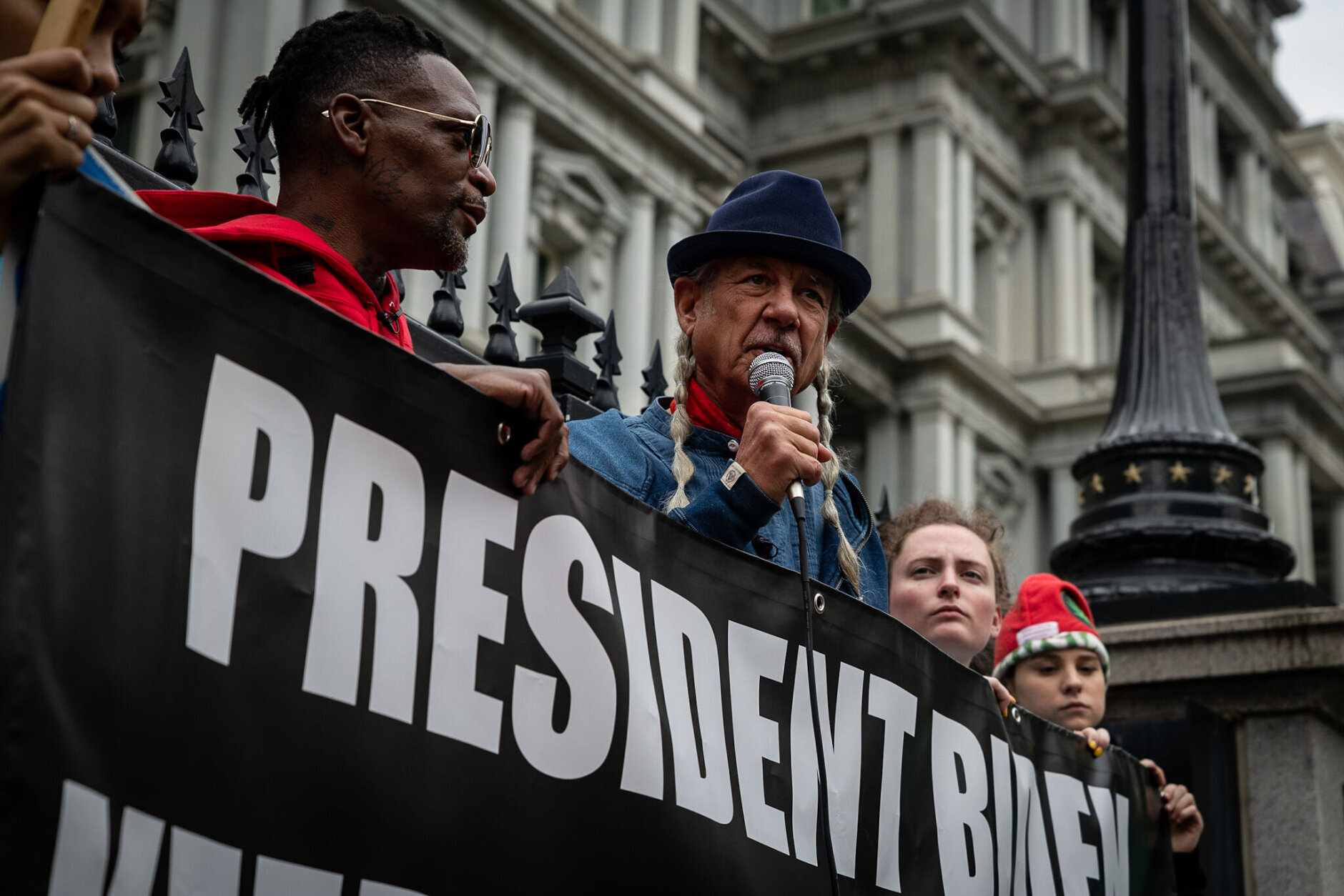 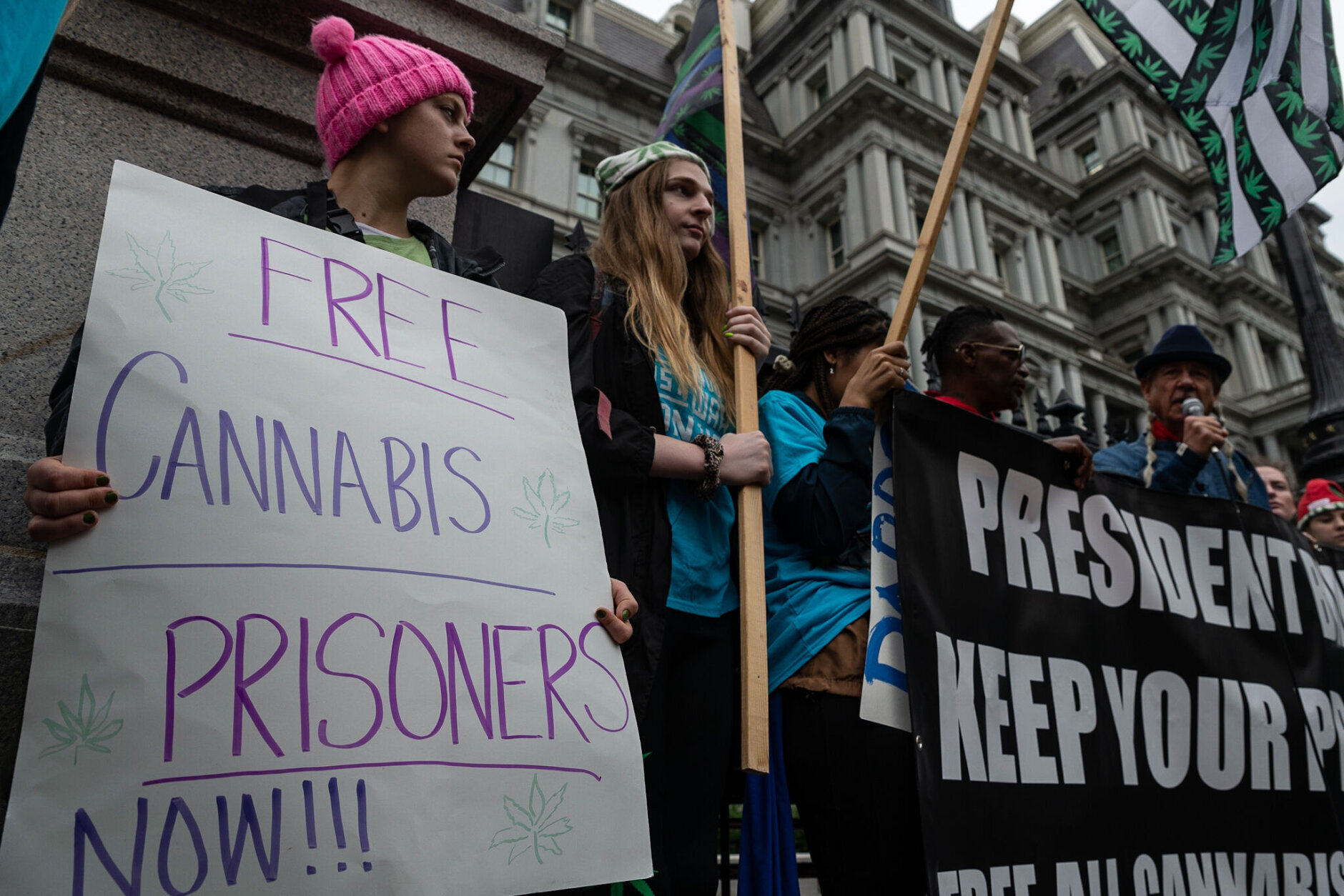 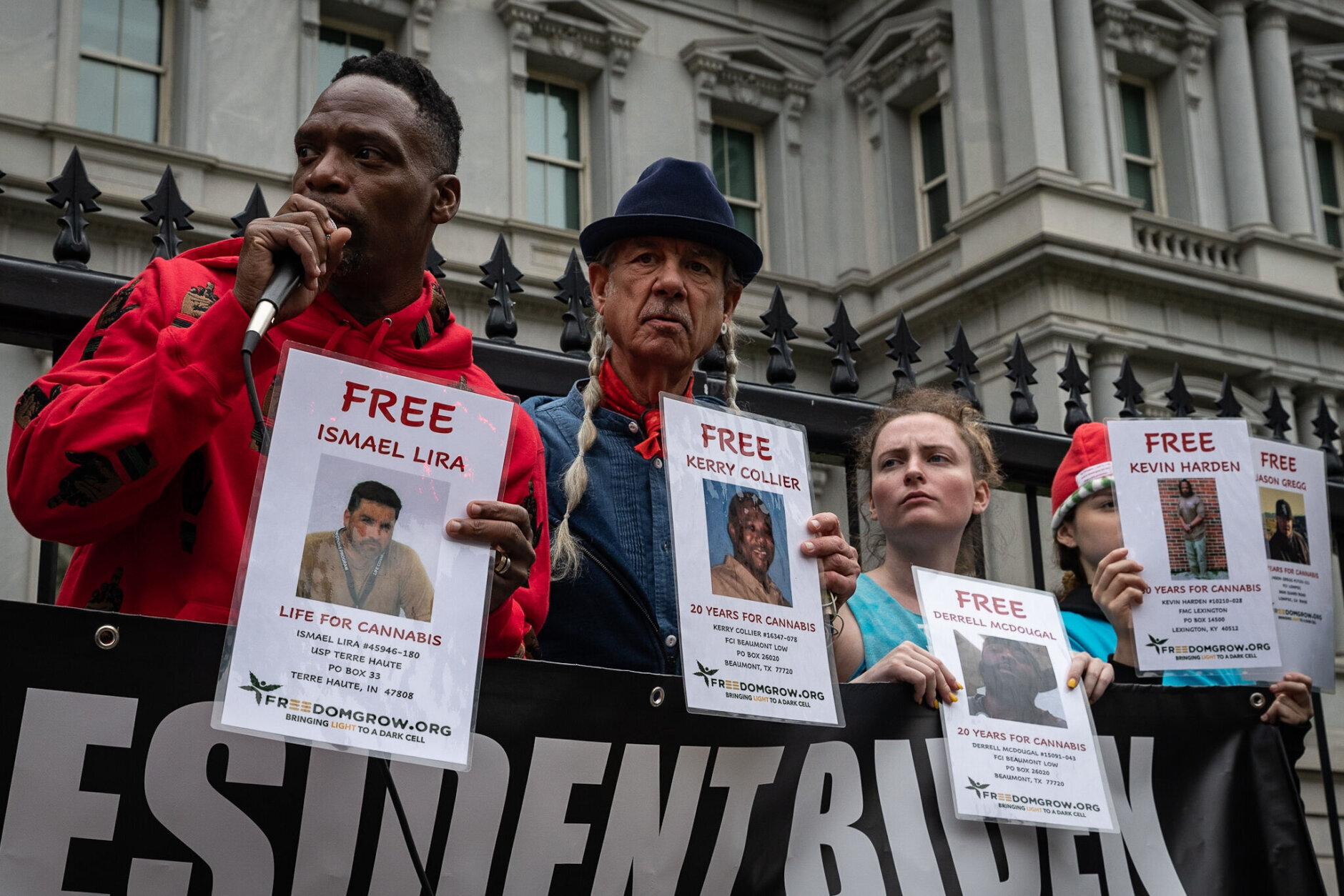 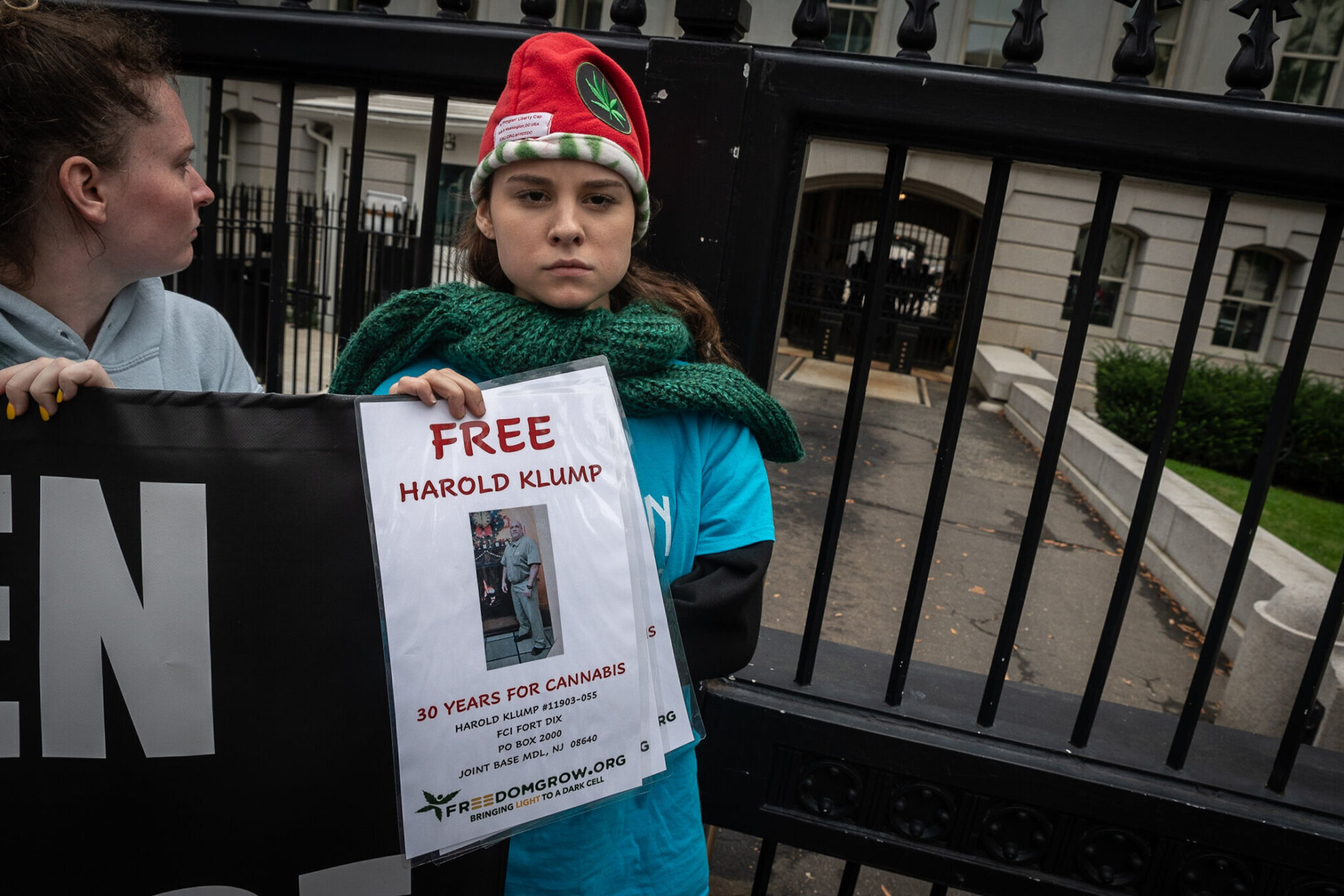 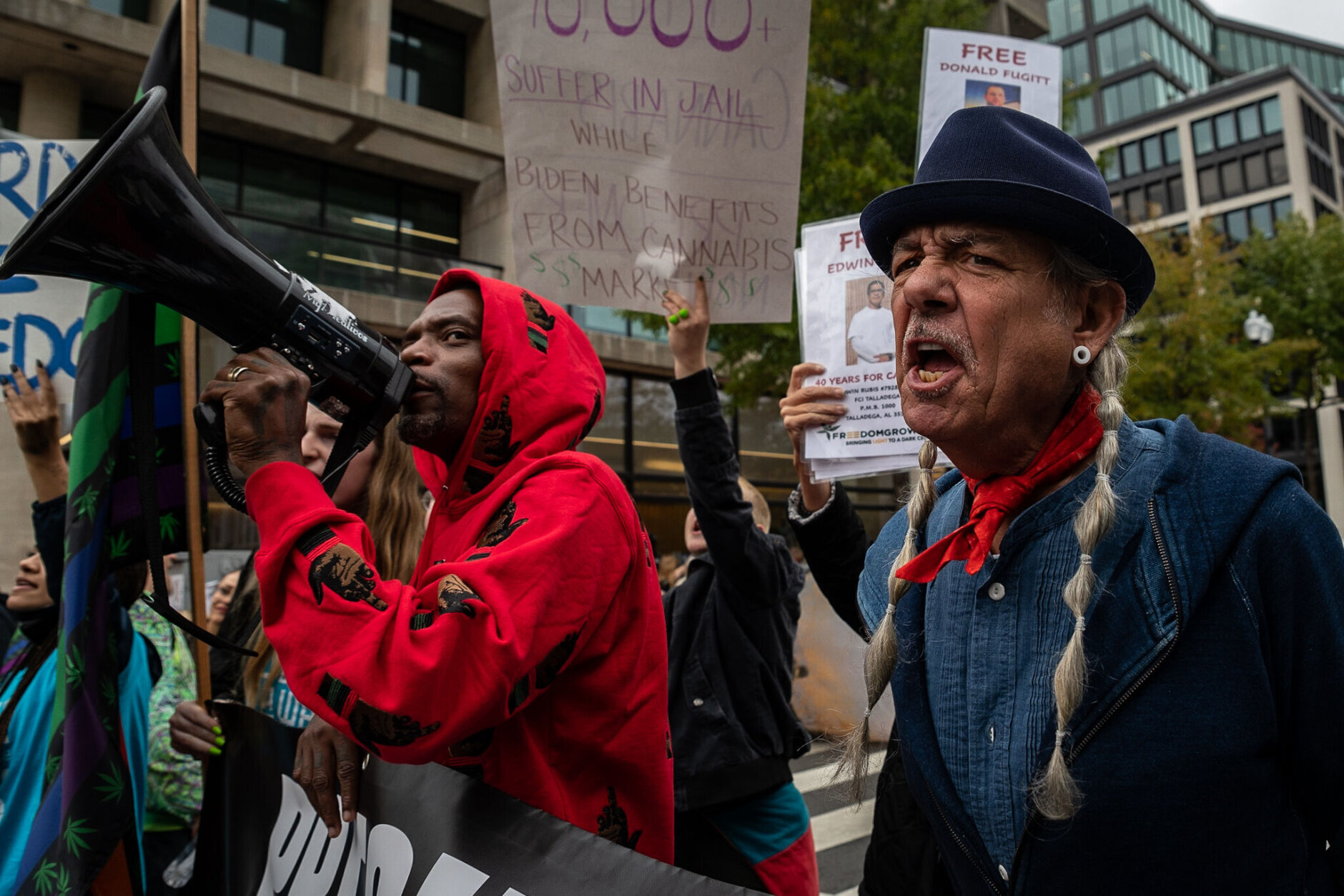