Have you heard the news? Sunday is going to be a monster sports day in the District, with playoff and championship implications across several different sports.

Unless you have a ticket, or whatever the opposite of agoraphobia is, you won’t want to be anywhere near Navy Yard as the sun starts to hit the horizon. (Though, if you’re stuck there, WTOP has your back.)

Before everything gets too chaotic, here’s a rundown of everything to keep an eye on Sunday, and what it all might mean for these D.C. sports teams. 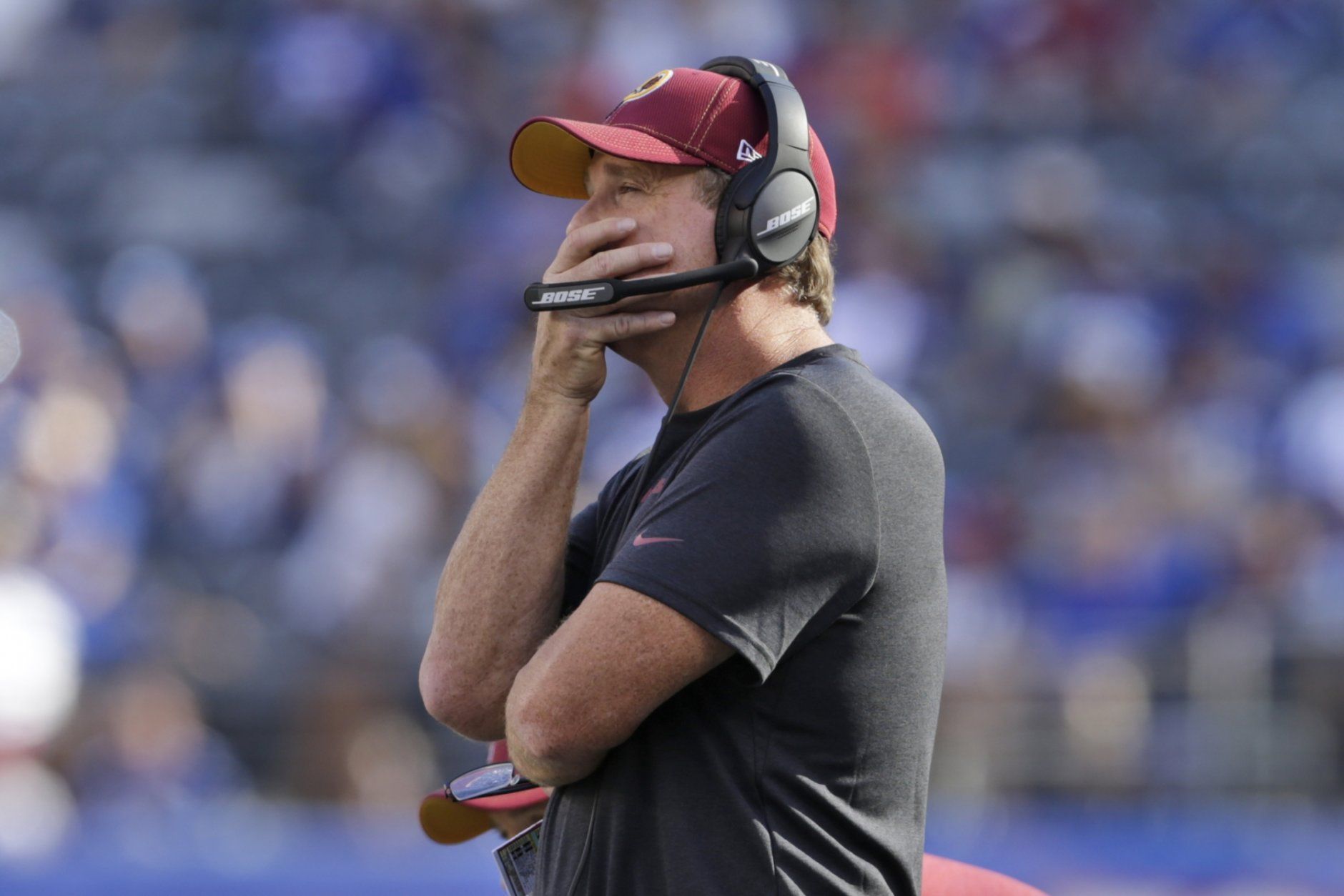 1/4
Washington Redskins head coach Jay Gruden watches the game against the New York Giants during the second half of an NFL football game, Sunday, Sept. 29, 2019, in East Rutherford, N.J. The Giants defeated the Redskins 24-3. (AP/Adam Hunger)

The Burgundy and Gold are winless through four games and are an eye-popping 15.5-point home underdog to New England.

The tension will build as the game winds down, which is just about the time things are going to get real interesting around the rest of the D.C. sports world. 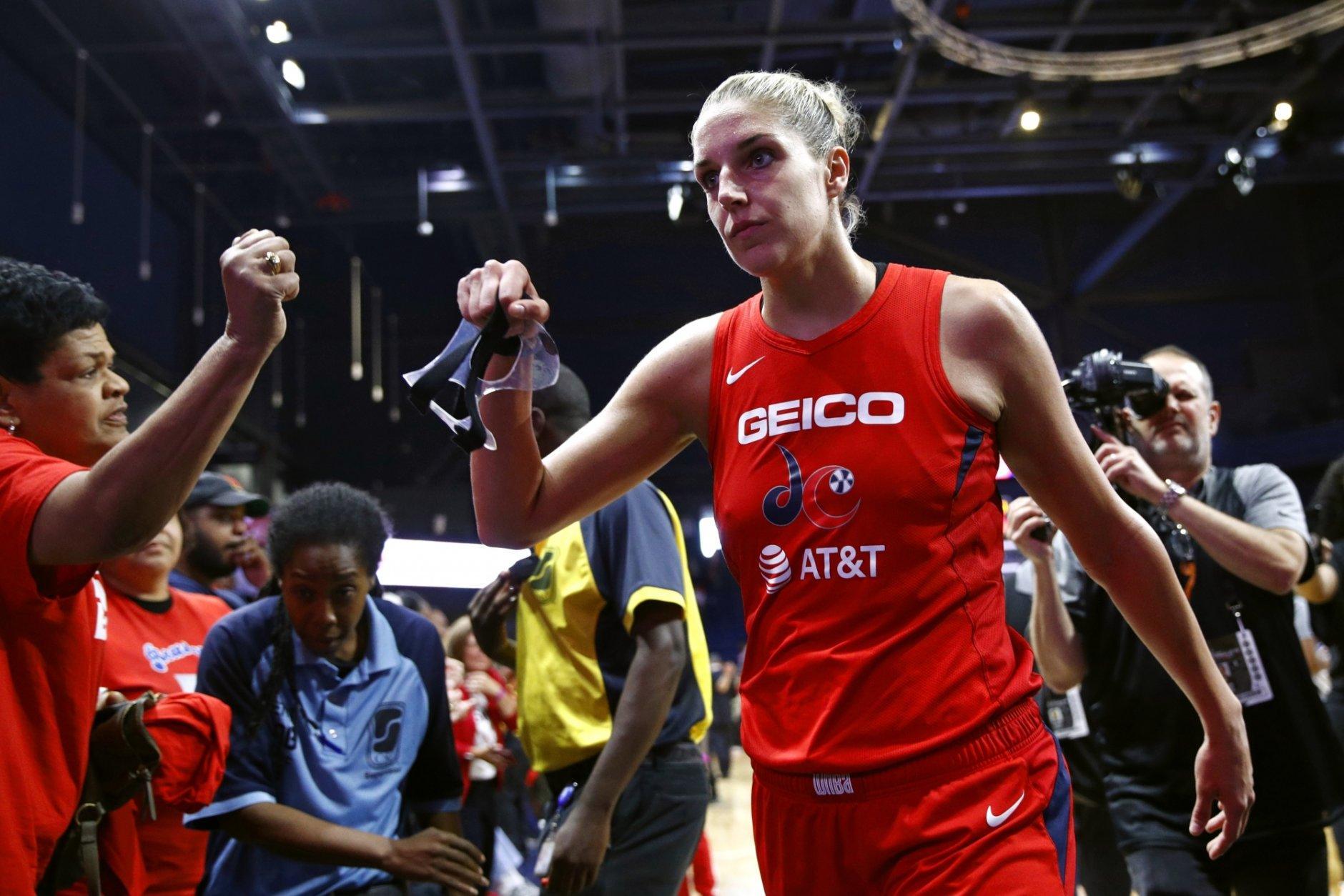 The powerhouse Mystics watched their title hopes take a major turn for the worse Tuesday night, when MVP Elena Delle Donne suffered a herniated disk in her back early in the first quarter of a 99-87 loss that leveled the best-of-five finals at a game apiece.

Her status is unknown for Sunday’s game, but Washington will have to find a way to win at least one of the two games in Connecticut to keep from losing their second straight finals with a hobbled star. 3/4
D.C. United’s Wayne Rooney reacts after putting a shot over top of the Vancouver Whitecaps’ goal during the first half of an MLS soccer match Saturday, Aug. 17, 2019, in Vancouver, British Columbia. (AP/DARRYL DYCK)

With the new MLS playoff structure this season, there are no more home-and-home series. The top seed in each conference gets a bye, while seeds 2-4 host seeds 5-7 in single elimination matches.

Right now, D.C. United is in fourth place in the Eastern Conference, by just a point, needing a win in their regular season finale Sunday at Audi Field to guarantee themselves home field in the first round.

Adding to that pressure is the fact that they’ll be without Wayne Rooney, who picked up a cumulative yellow card suspension for the match.

So, in order for the Washington fans to get another chance to see Rooney play at Audi Field before he returns to England, United likely needs to win Sunday to keep NYRB (one point back) and Toronto FC (two points back) at bay. 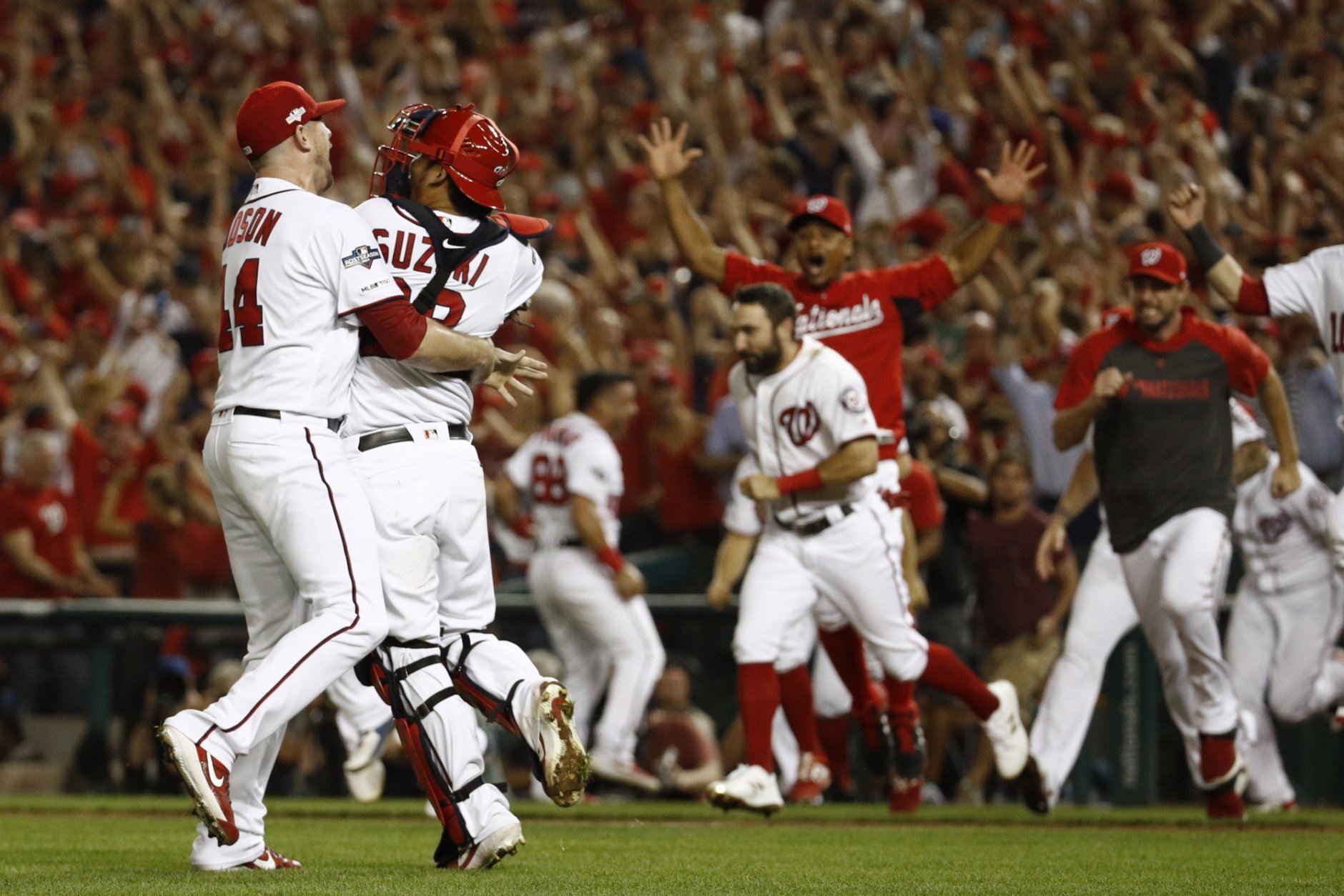 We won’t know until Game 2 finishes Friday night what the stakes for Sunday’s Game 3 will be — either an elimination game for one side, or a crucial swing game for the series.

But any way it sets up, this promises to be a huge matchup, with spillover from Audi Field letting out less than two hours before first pitch, just a couple blocks away.

The Nats are coming off their first playoff round win in team history, so the vibe may be more optimistic at Nationals Park, though the Dodgers are still the Dodgers, so this one should be a barnburner.