Best places to retire overseas in 2020

The best place to reinvent your life overseas in retirement depends on your personal preferences and priorities. Some people dream of long walks on the sand, while others would prefer regular nights out at the theater in a thriving city. Here are the most appealing places to call home based on the cost of living versus the quality of life on offer, the cost and quality of health care, the amount of English spoken, options for how to spend your time, the infrastructure, climate, environment, safety and the ease of establishing legal residency. Consider these overseas retirement spots. 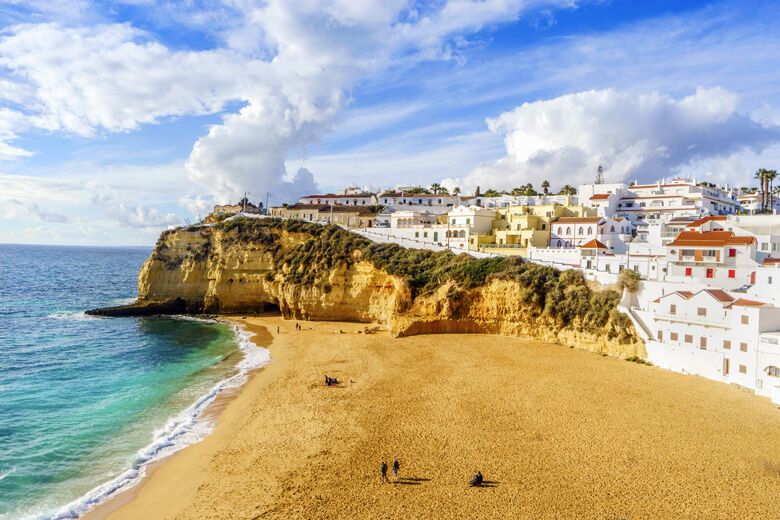 The Algarve is a land of cobblestone streets and whitewashed houses with lace-patterned chimneys surrounded by fig, olive, almond and carob trees.

Located at Europe’s westernmost tip and boasting 100 miles of Adriatic coastline, this region’s beaches and golf courses are among the best in Europe. The Algarve is a land of cobblestone streets and whitewashed houses with lace-patterned chimneys surrounded by fig, olive, almond and carob trees. Medical facilities are expanding and improving, and there are major public hospitals in Portimão, Faro and Lagos. Portugal‘s sunny climate and low cost of living often draws foreign retirees to the area. You can enjoy a European retirement, from medieval towns and fishing villages to open-air markets and local wine, even on a modest budget. 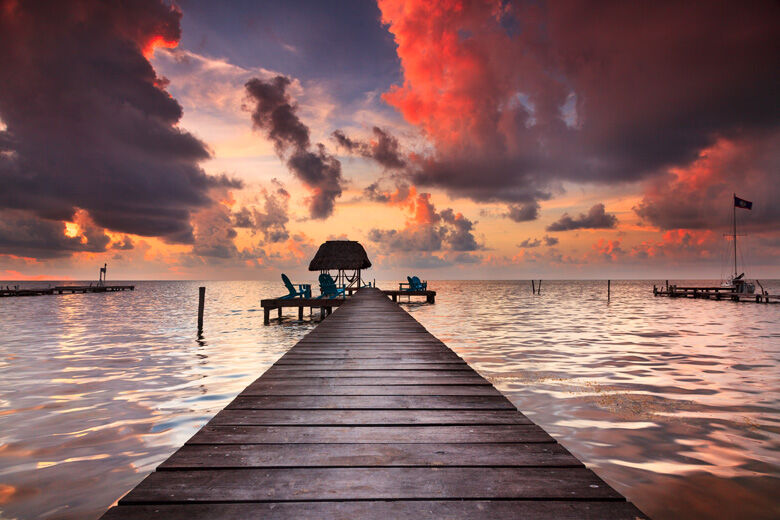 Ambergris Caye is a small haven in the Caribbean that is surrounded by vibrant turquoise waters.

Ambergris Caye is a small haven in the Caribbean that is surrounded by vibrant turquoise waters. The island is skirted on its eastern side by the longest barrier reef in the Western Hemisphere. About 26 miles long and one mile wide at its widest point, most residents use golf carts to get where they want to go. San Pedro Town is home to one of the world’s largest communities of expat retirees. This quirky beach town is convenient and comfortable, with open-air bars and restaurants, art galleries, wine shops and bakeries. Retired in Ambergris, you can wake up to the gentle lapping of waves on white sand beaches just outside your window. 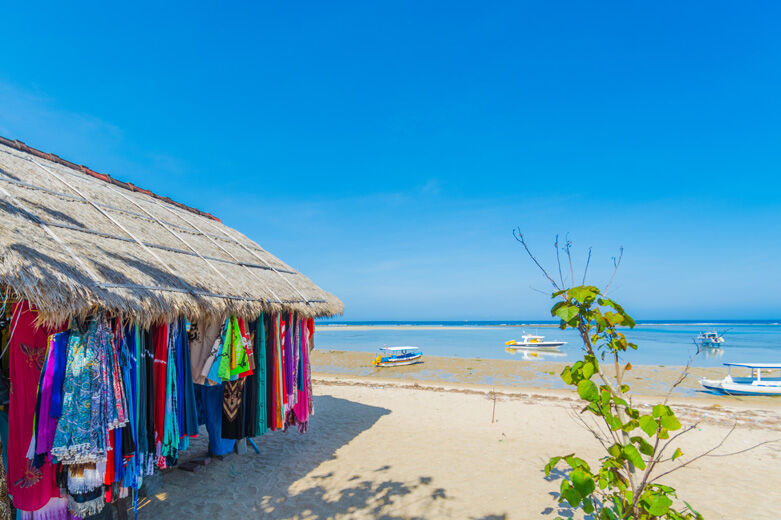 Canggu, a neighborhood on the southwest coast, has an eclectic combination of modern living and traditional culture.

Bali enjoys an almost mythical reputation, thanks to its phenomenal natural beauty, fascinating and friendly local culture and irresistibly low cost of living. Canggu, a neighborhood on the southwest coast, has an eclectic combination of modern living and traditional culture. Popular among surfers, this coast’s black sand beaches are backed by villas, spas, art galleries, gyms, yoga studios, co-working spaces, public markets and other infrastructure. Canggu’s large expat population is well established and diverse. The melding of old and new, local and international has created a unique lifestyle and earned Canggu the nickname “Brooklyn of Bali.” 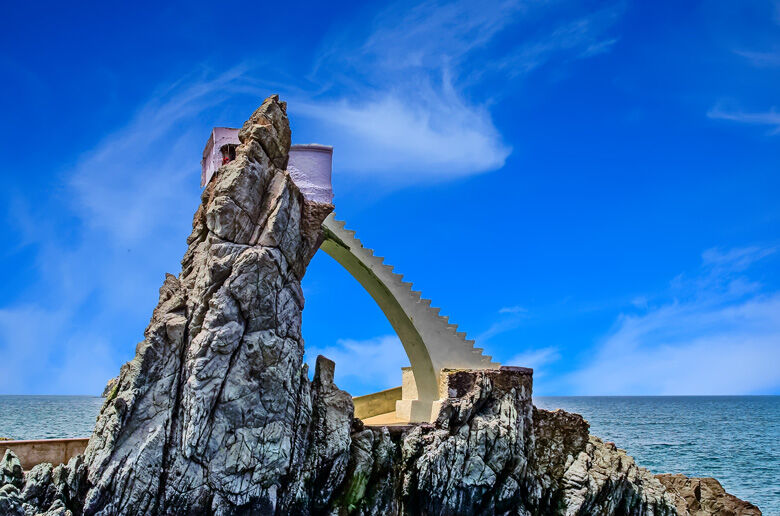 With more than 20 miles of sandy beaches ranging from bustling and lively to private and secluded, Mazatlán offers the unique chance to live in a real city and on the beach at the same time.

With more than 20 miles of sandy beaches ranging from bustling and lively to private and secluded, Mazatlán offers the unique chance to live in a real city and on the beach at the same time. Located about midway along Mexico‘s Pacific coast, there’s a bustling downtown with hundreds of small shops, banks, businesses and parks. Moving to Mazatlán can be as hassle-free as an international move gets. Nothing’s as easy as loading up a truck and driving south. Your moving budget could be gas and tolls. Automatic six-month tourist stays and easy and fast immigration make it possible to spend as much time in the country as you’d like and easily return to the United States to visit friends and relatives. 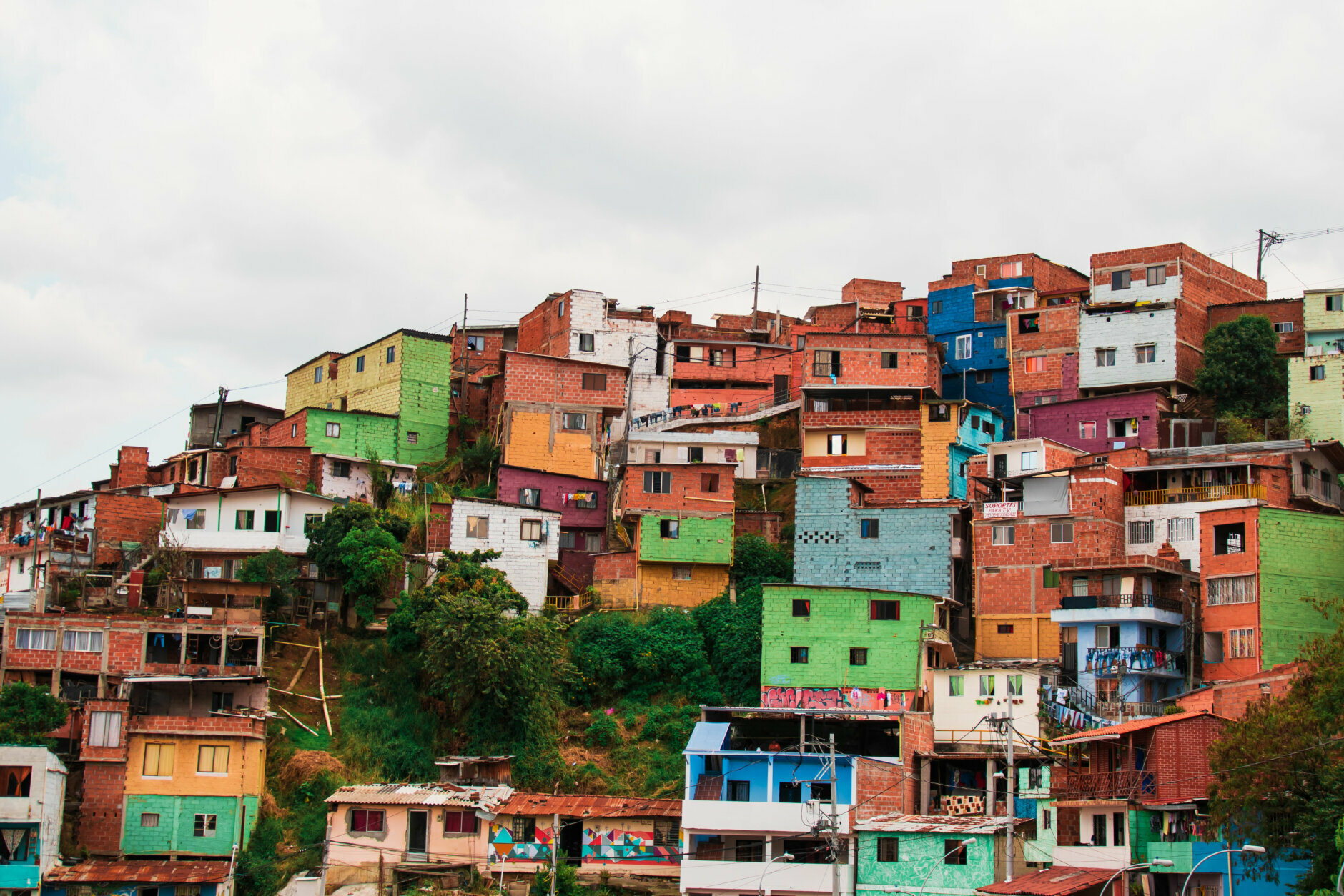 Medellín is an economic and financial center for Colombia, as well as a literary and artistic city.

Medellín is a pretty, tidy city with a near-perfect climate. The city is culturally and recreationally rich, with a unique public transit infrastructure, much-loved green spaces and citywide Wi-Fi access. On any given day, you could visit a museum or see a tango show. There’s opera in season, shopping year-round, dance clubs, nightclubs and white-glove restaurants. Medellín is an economic and financial center for Colombia, as well as a literary and artistic city. Medellín is a good choice if you want city life, but also want to enjoy the outdoors, as this is a city best enjoyed al fresco. 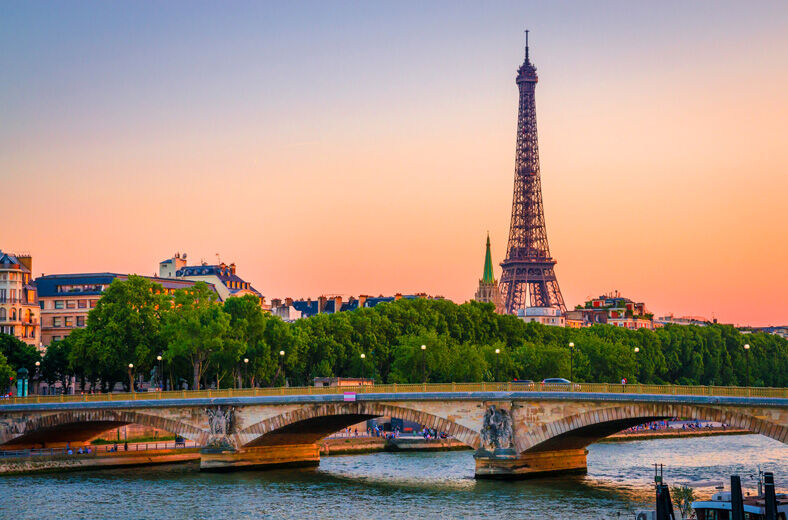 For many people, Paris represents the ultimate in cosmopolitan living, and the reality doesn’t disappoint.

For many people, Paris represents the ultimate in cosmopolitan living, and the reality doesn’t disappoint. Life in Paris can be as good as life gets, and it doesn’t have to be costly. Some of the sweetest pleasures the City of Light has to offer come free, including picnics in the Luxembourg Gardens, long walks along the Seine and afternoons lost among the cobblestones of the Latin Quarter. You can enjoy prix fixe meals for $25 or less, and you can spend hours in a café, seeing and being seen, for the price of a single café au lait. The practical necessities of life including cable TV, internet, telephone, the Metro, bus and the RER train system are likely less expensive than comparable services in other cities. An apartment in central Paris near the river doesn’t come cheap, but outside this zone you could rent a small furnished apartment for as little as $1,500 a month. 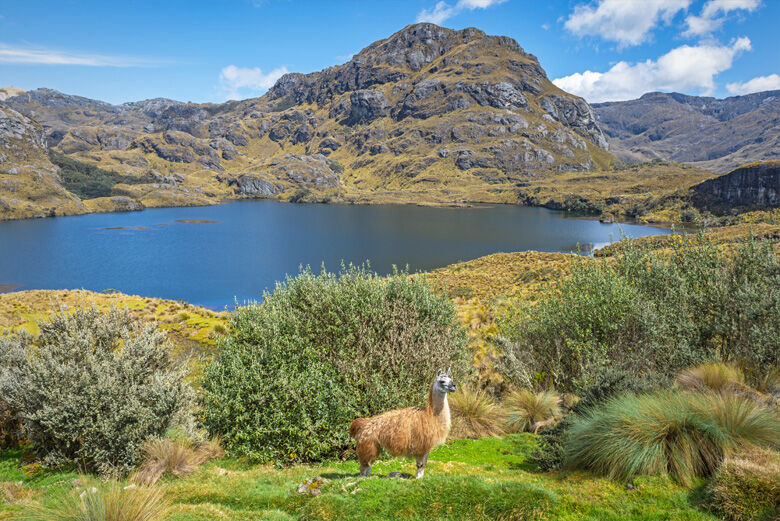 Cuenca is lovely and historic, and the natural setting is majestic.

As you approach Cuenca from the air, you will pass through the surrounding Andean peaks and be able to make out more than 50 church steeples poking up from a sea of red clay tile roofs. Cuenca is lovely and historic, and the natural setting is majestic. Ecuador‘s air is clear and fresh, and the sun shines all year long. Cuenca has a wealth of Spanish-colonial homes with private interior courtyards, thick adobe walls and iron railed terraces looking down onto the street. The city’s plazas and squares are made for walking. Cuenca’s world-class language schools and affordable cost of living draw foreign residents to the city. 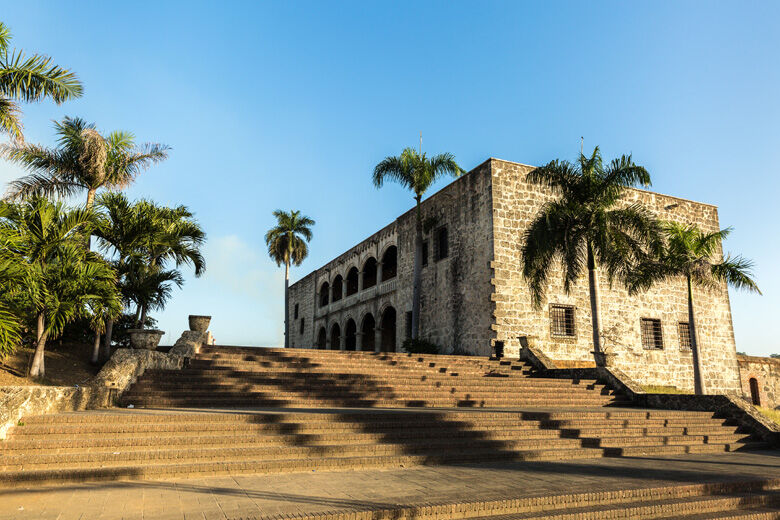 Established in 1496, Santo Domingo is among the oldest European settlements in the Americas.

Established in 1496, Santo Domingo is among the oldest European settlements in the Americas. Santo Domingo feels more genteel than other Spanish colonial cities. Calle Las Damas is lined with 16th century pale stone facades and runs into Plaza de España, the expansive open square at the harbor. The streets are lively, the harbor is busy and the city is the epicenter for tourism investment in the country. All this growth is translating into infrastructure improvements including new highways, hospitals and shopping malls, making it an ever-better place to spend your retirement years. 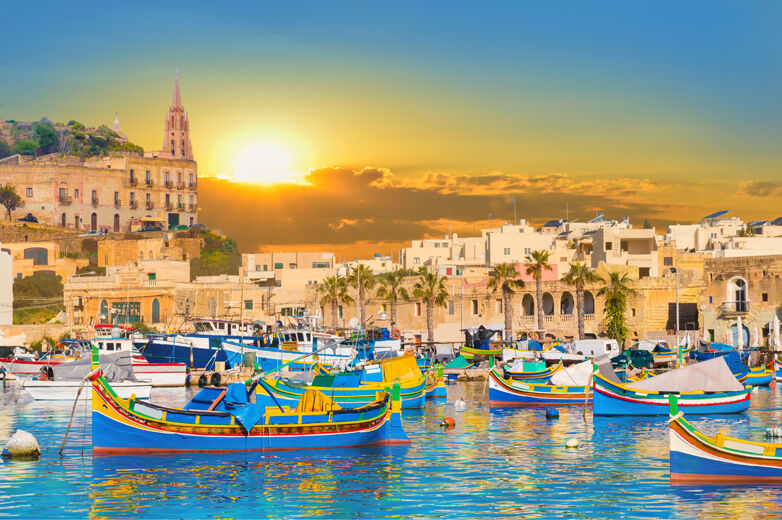 Malta, a string of three small islands in the southern Mediterranean, is one of the most affordable and historic places to retire in Europe.

Malta, a string of three small islands in the southern Mediterranean, is one of the most affordable and historic places to retire in Europe. The country is home to some of the oldest human artifacts in the world and has been occupied by the Phoenicians, Byzantines, Ottomans and Knights Templar. The language is English, crime rates are low and the health care is excellent. Malta does not offer a retiree visa, but its Global Residence Program for non-EU citizens amounts to one of the best residency opportunities in Europe. You can qualify simply by renting a place to live for as little as 800 euros per month. 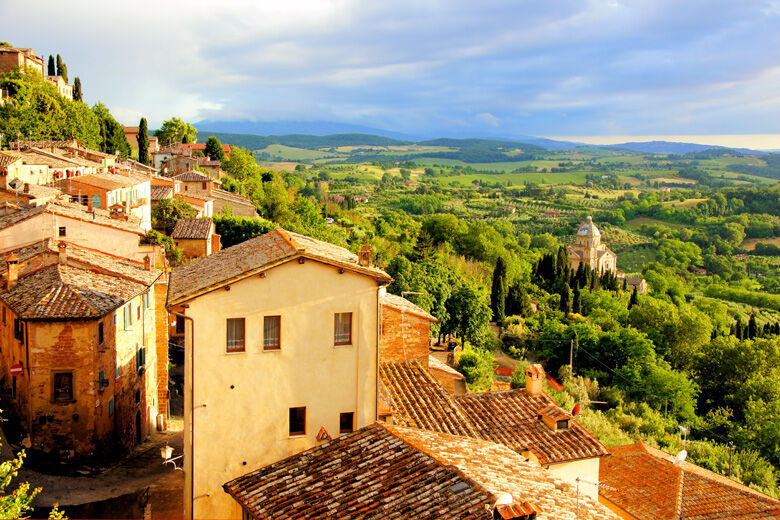 Abruzzo is one of Europe’s greatest bargains. Città Sant’Angelo is an ideal place to embrace traditional Italian life. This ninth-century medieval town nestled between two rivers is home to magnificent palazzi, piazzas, churches and monasteries. The area boasts a way of life that hearkens back hundreds of years. The construction of new highways has made this appealing spot more easily accessible from Rome. However, some people may experience a language barrier. Living in Città Sant’Angelo, you’d need to learn to speak Italian. 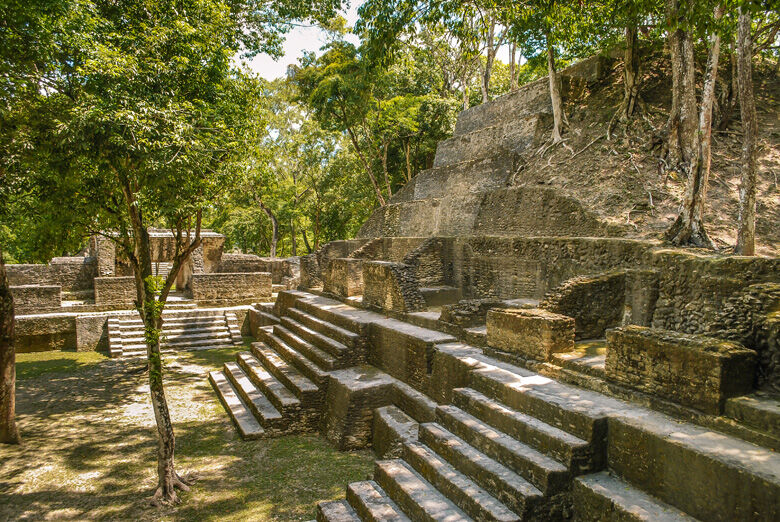 Cayo, in the Belizean rainforest, is a land of mountains, Mayan ruins, rivers and waterfalls.

Cayo, in the Belizean rainforest, is a land of mountains, Mayan ruins, rivers and waterfalls. The wide-open spaces of Cayo appeal to adventuresome and independent retirees. Driving along the Western Highway from Belize City to Cayo, the view from your window is of fields, pastures, trees, jungle, rivers and livestock. The land in Cayo is fertile, and farmers grow corn, sugar cane, watermelons and citrus. San Ignacio is Cayo’s biggest town and home to a large and growing community of foreign retirees and expats. It’s relatively easy to relocate to Belize because everyone speaks English and Belize residency is easy to establish.