For the first time, early warning sirens sounded in historic Ellicott City on Monday evening, triggered by a flash flood warning from the National Weather Service.

Despite almost two inches of rain in a one hour period, no serious damage was sustained in Maryland’s flood-prone tourist destination, which suffered devastating floods in 2016 and 2018.

“It was a bit alarming, only because you worry what’s going to happen to Main Street,” said a resident taking two young children and her dog for a walk early Tuesday morning. “But you feel good that at least people know to get to higher ground.”

The emergency sirens sounded for the first time since last July, when the National Weather Service and Howard County worked to designate “Historic Ellicott City,” located along the Patapsco River, separately from the remainder of Ellicott City, which measures 30 square miles.

“For the first time, we had our early alert tones go off,” said Howard County Executive Calvin Ball. “We heard from businesses and residents in the immediate area that they heard it, and were not only alerted, but felt empowered and aware.” 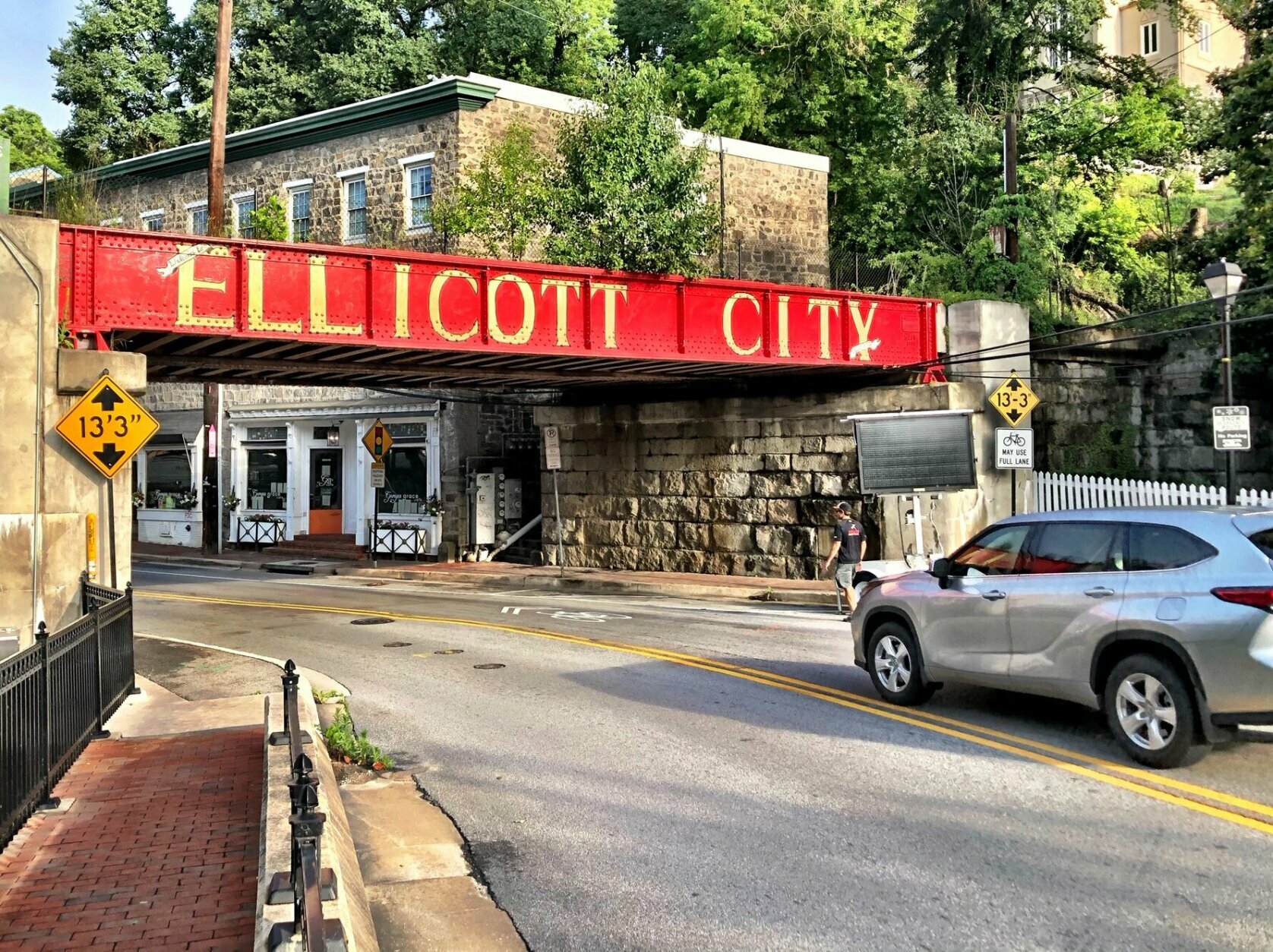 1/5
For the first time since the National Weather Service designated “Historic Ellicott City” separately from the rest of the city, the outdoor tone alert system was activated Monday evening, when a flash flood warning was issued. (WTOP/Neal Augenstein)

Ball said the county has now purchased 10 buildings on and near Main Street. When Ball took office in 2019, the county’s plan called for removal of all 10.

Currently, the plan is to raze four of the buildings.

“We’re going to have a public meeting this fall, which will help us decide how we can preserve what we can, and take down what is unsafe,” Ball said. 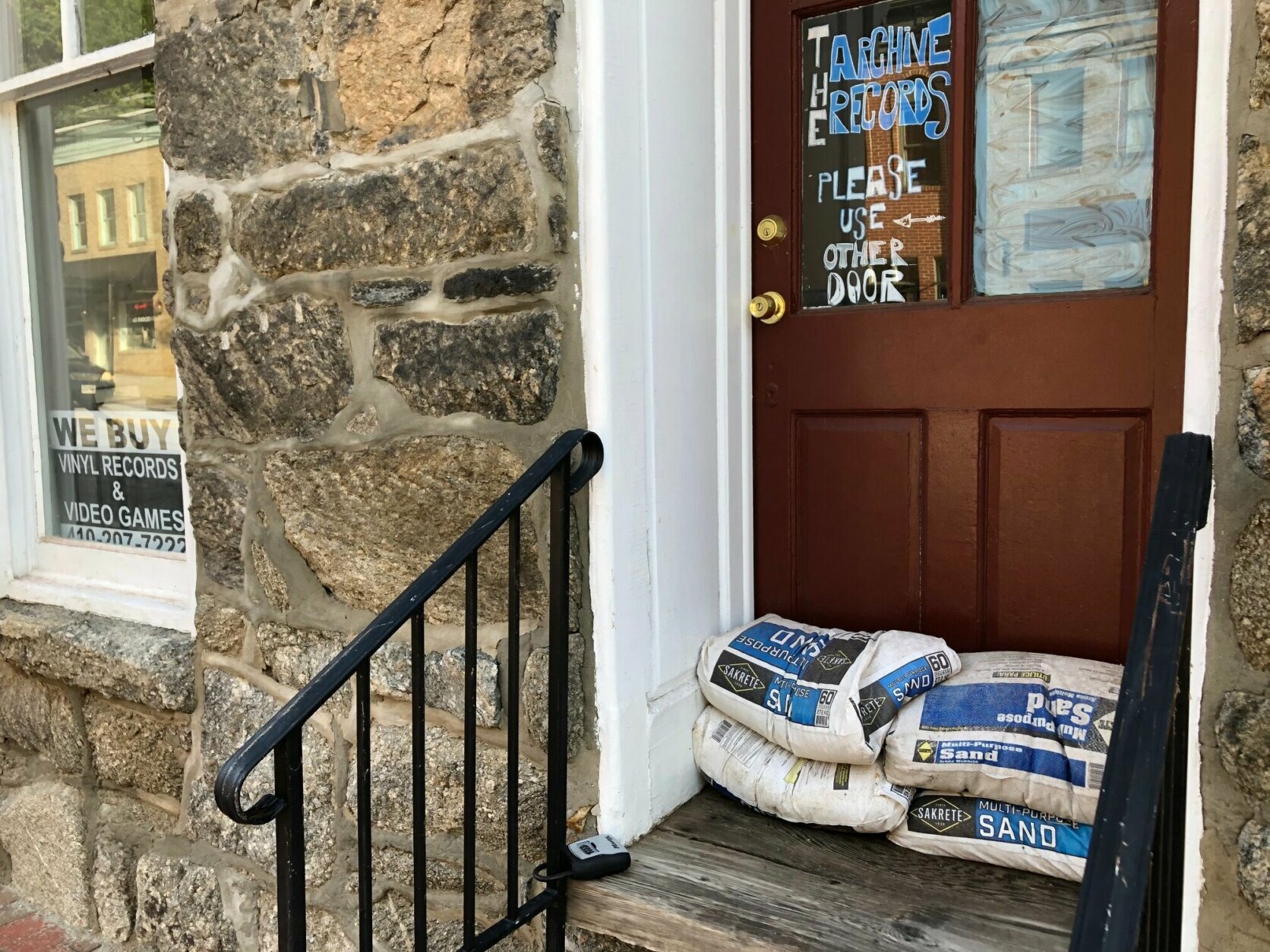 Ball dubbed the flood mitigation plan “Safe and Sound.” The largest expense in the multimillion-dollar project involves building a tunnel parallel to Main Street, to divert flooding rains from the main shopping area. 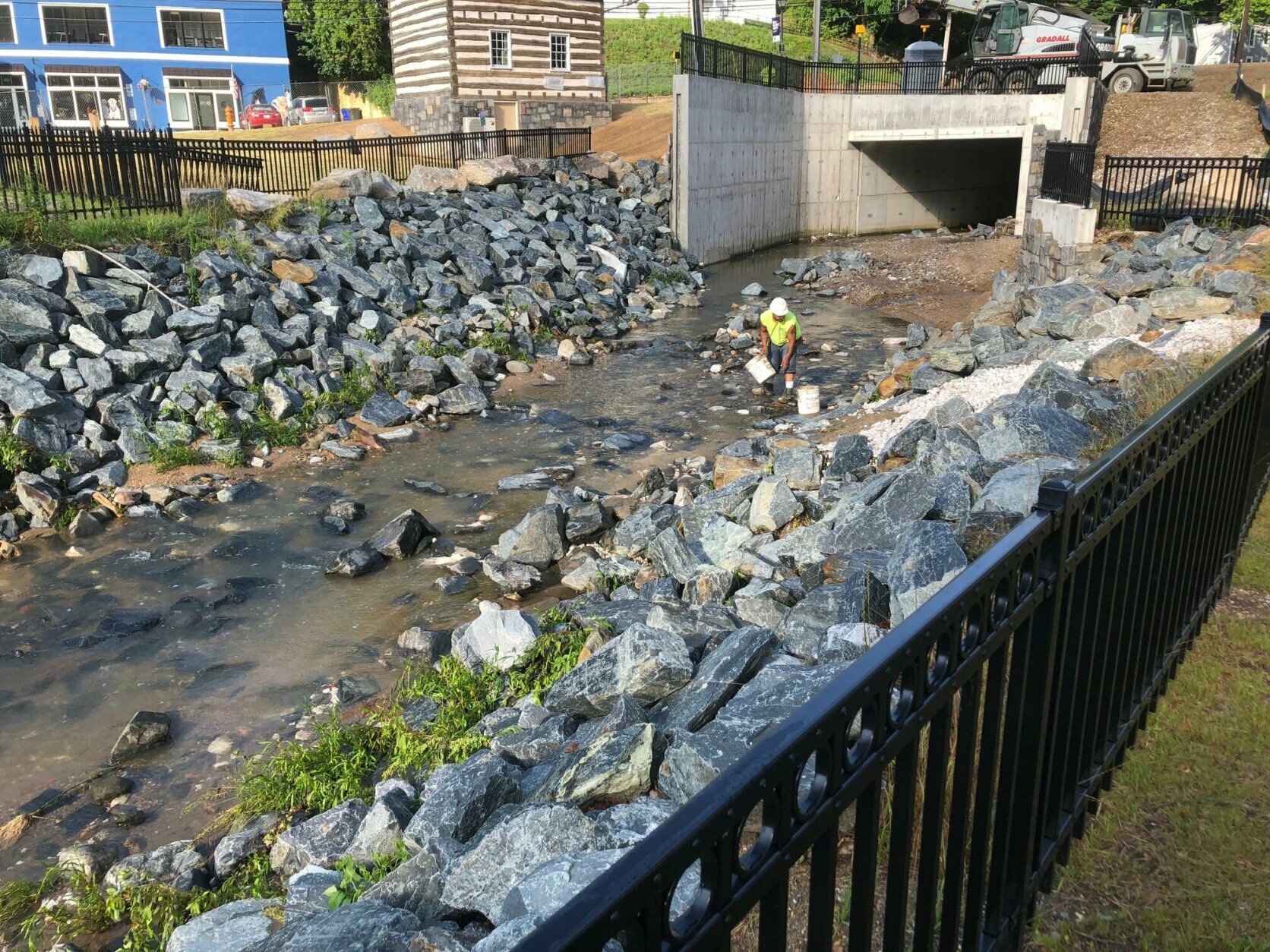 3/5
A portion of Ellicott Mills Drive was washed away in 2018 when an outdated metal culvert was overwhelmed by heavy rain in the Hudson Branch, which runs along Main Street. A recently-installed large concrete culvert easily handled Monday’s rains. (WTOP/Neal Augenstein)

“We’ve been making significant progress — not just with the culvert,” said Ball. “We’ve been stabilizing in and around old Ellicott City. After Monday night’s flash flood warning, the water dissipated relatively quickly.” 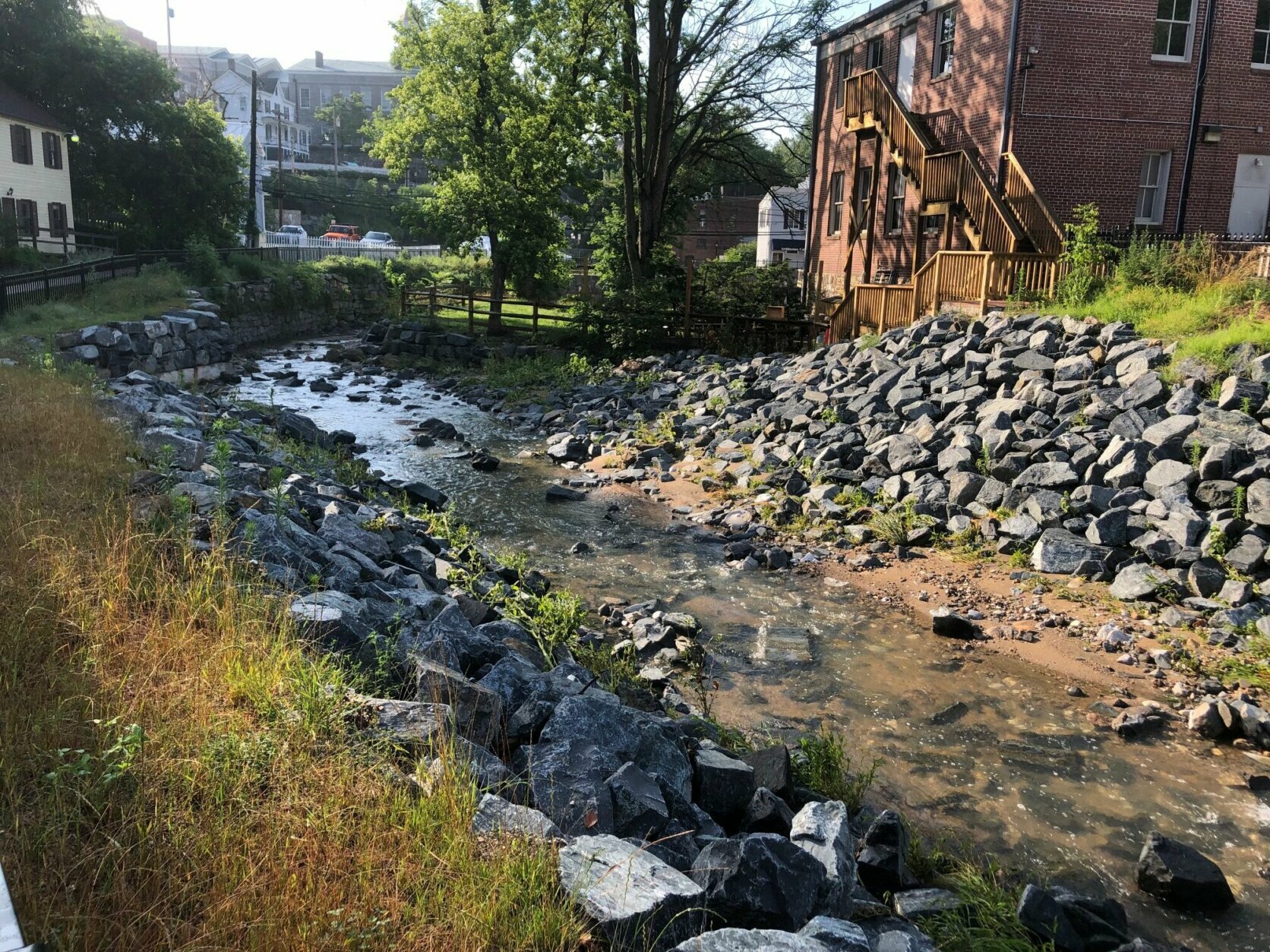 4/5
The Hudson Branch winds along and under Main Street, and has been overwhelmed by floodwaters in years past. Howard County installed a large, heavy concrete culvert, and has bolstered the river’s banks as part of its flood mitigation efforts. (WTOP/Neal Augenstein) 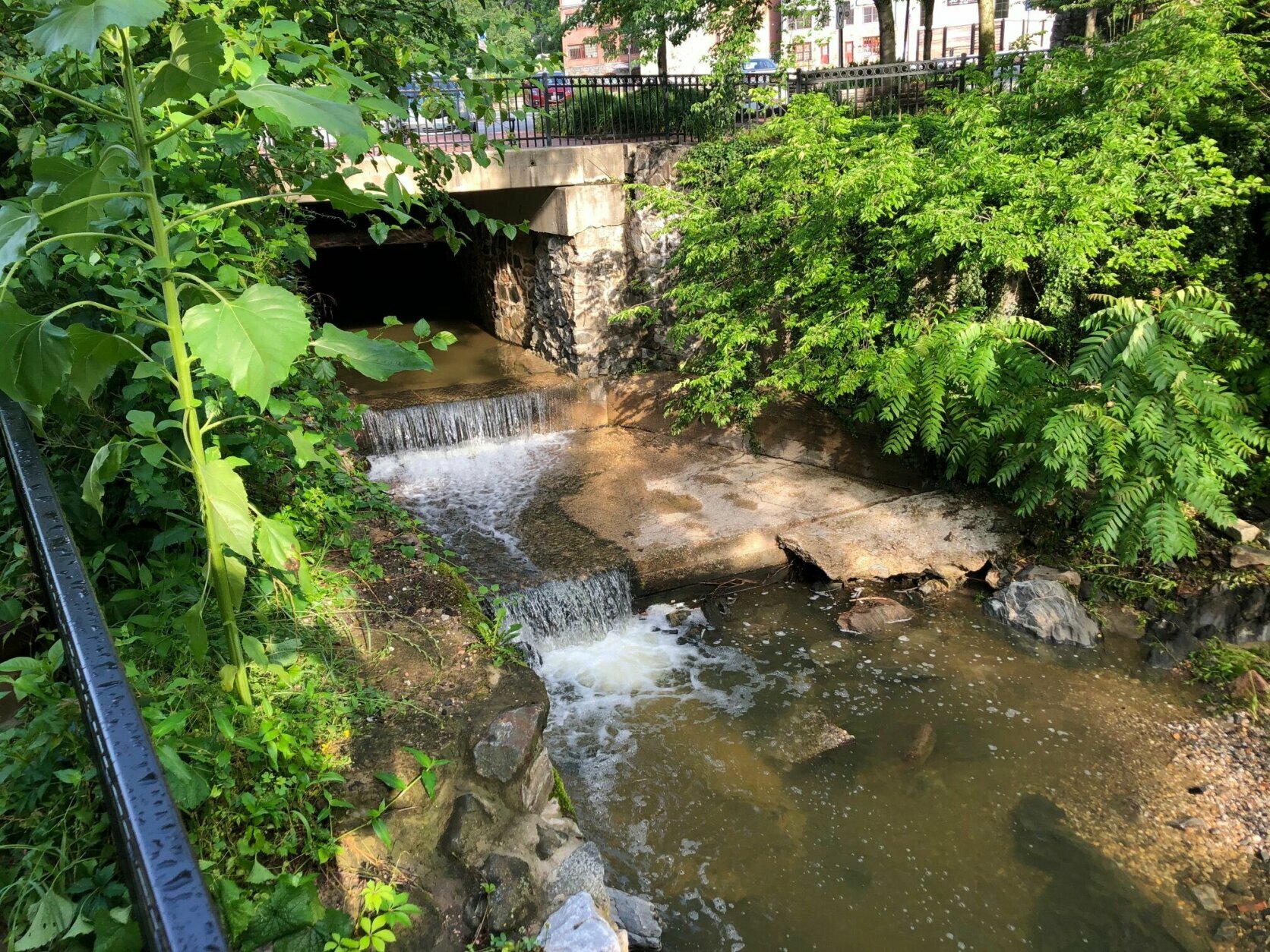