It’s still a week until one of the world’s most celebrated pizza restaurants — Frank Pepe Pizzeria Napoletana of New Haven, Connecticut — opens the first of its two locations in the D.C. region, at Westfield Montgomery mall in Bethesda, Maryland.

However, on this Pi Day, WTOP can give you an exclusive first peek at the already-burning coal-fired oven, similar to the white brick oven at the original Frank Pepe’s on Wooster Street.

And here’s a disclaimer: Pepe’s is the pizza I grew up with in New Haven and to this day eat whenever I visit family in Connecticut. While there is nothing more important to me than my journalistic integrity and objectivity, I acknowledge my bias in accepting this assignment. 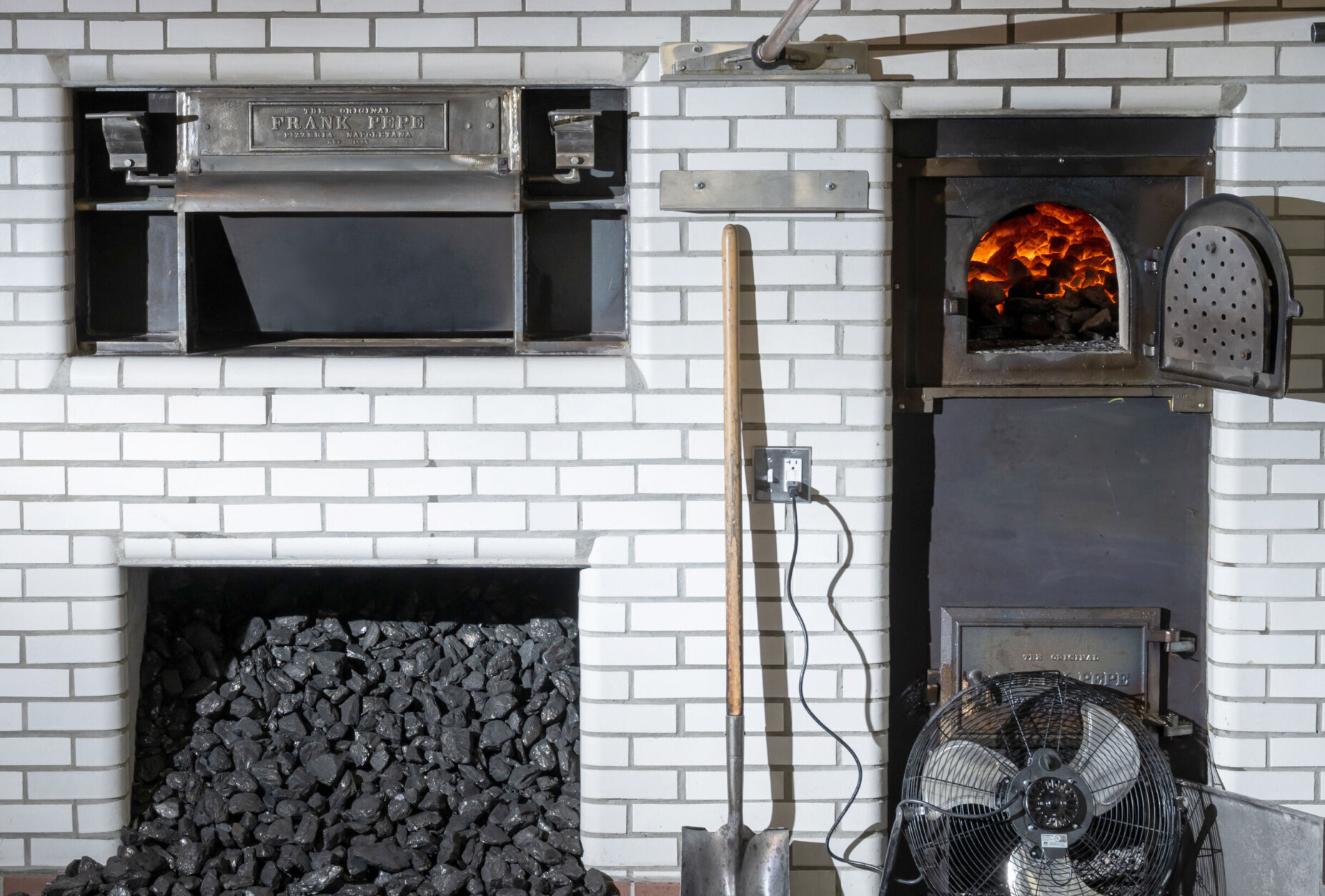 1/3
First on WTOP: The brick coal-fired oven at Pepe’s in Bethesda is already burning, ahead of Monday’s opening. (Photo Hilary Schwab)

“We have to season the oven,” said Jennifer Bimonte-Kelly, granddaughter of Frank Pepe, who immigrated to the United States in 1909, at the age of 16. Frank Pepe Pizzeria Napoletana was founded in 1925 and is considered the originator of New Haven-style pizza, which is characterized by its crispy yet chewy, slightly charred crust.

Before making pizzas, her “grandpop” worked in a bakery at what became the first Frank Pepe location on Wooster Street (and is now known as The Spot).

“He knew that coal was the way to bake a pie,” said Bimonte-Kelly. “See, coal brings moisture to the pie. It doesn’t dry it out like wood would dry it out.” 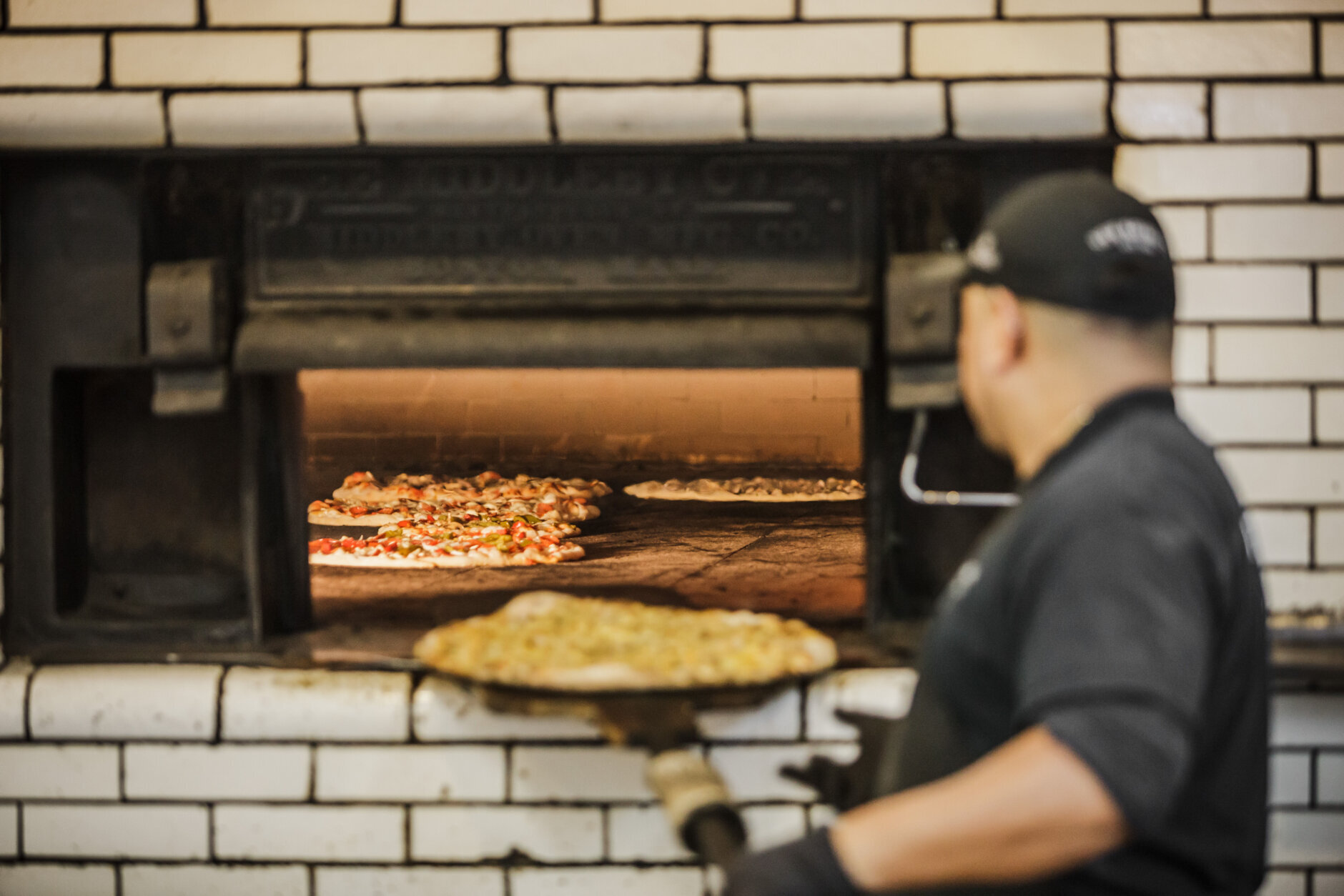 2/3
At Frank Pepe’s, “the banger” prepares the dough, “the decorator” handles the toppings and “the oven person” wields the pizza peel. (Photo Thomas McGovern)

The oblong-ish pizza pie, or apizza — pronounced “ah-beetz” by Frank Pepe — and his original customers, often comes out of the oven with a slightly charred appearance that some mistakenly believe is burned.

“Char is just the outer rim of the pizza, and it’s just a little more well done. You still have the flavor, you still have the crunch. It’s just how a pie cooks with a coal-fired oven,” Bimonte-Kelly said. “Certain pies — like if you have a meat pie — it needs more of a cooking time on it than a plain mozzarella pie, so you get that little bit of a char on it.”

And here’s something I never knew, despite eating Pepe’s for almost 60 years — the reason pies sometimes have charred bubbles: “Since the oven brings moisture to the dough, that’s what creates the bubble,” Bimonte-Kelly said, almost whispering the secret. 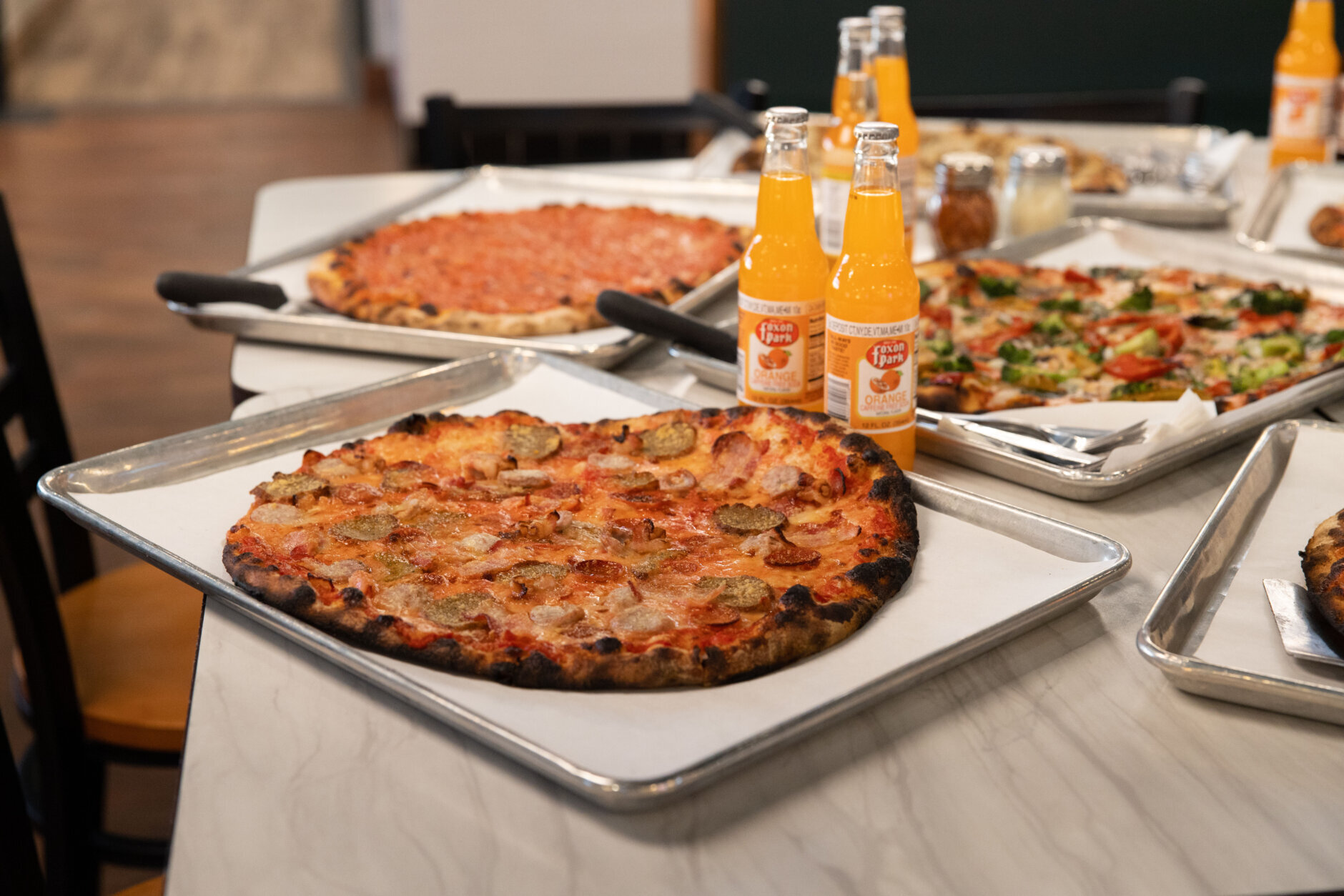 At most pizza restaurants, if you order a plain pizza, you expect to get one with mozzarella cheese, but Frank Pepe’s first pies were just crushed tomatoes and grated cheese, specifically, Pecorino Romano, atop the dough.

“If you say you want a small plain, usually the server will ask, ‘With mozzarella or without mozzarella?'” Bimonte-Kelly explained.

Another insider tip: While Bimonte-Kelly, growing up in an Italian household, is adept at pronouncing mozzarella authentically, with three syllables, including a rolled “r” and a silent final “a,” at Pepe’s it’s perfectly acceptable to say “mootz.”

She’ll be in Bethesda on Monday for the ribbon cutting. She said she’s excited about opening the first Pepe’s in the region. A second Pepe’s is expected to open later this year in Alexandria, perpetuating what her grandfather started.

“He said keep it simple. Treat people the way you would treat your family that would come into your kitchen, or your relatives, and your friends.” 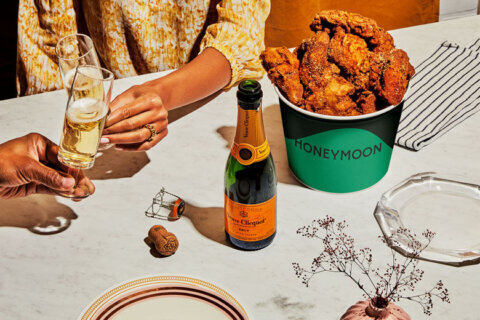