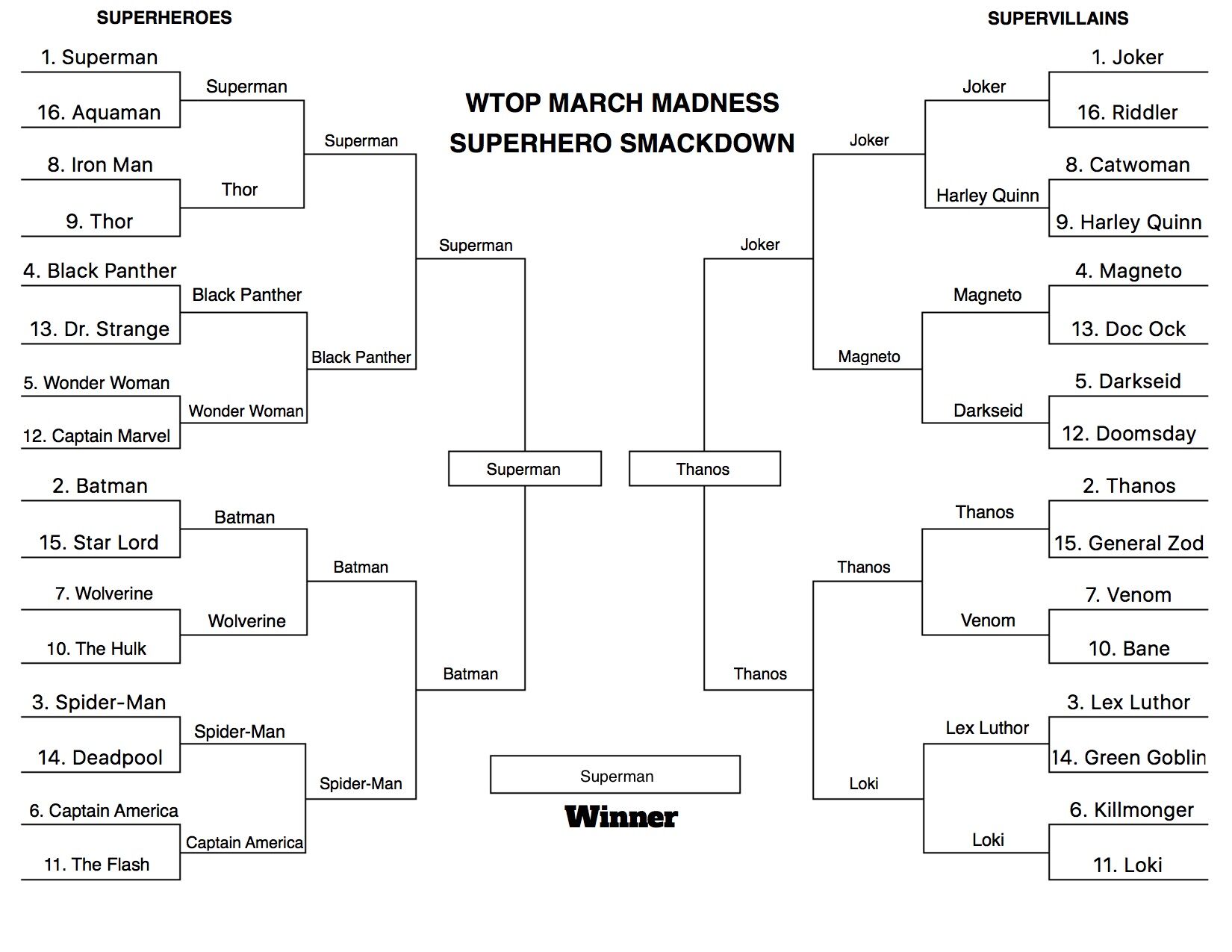 Our annual WTOP March Madness entertainment bracket is in the books!

This year, it was a superhero smackdown between comic book characters.

The First Round, Sweet 16, Elite 8 and Final 4 featured some very tough matchups.

Superman beat Batman as your top superhero, fighting for “truth, justice and the American way.”

Thanos beat Joker as your top super villain, snapping his fingers to disintegrate The Avengers.

In the ultimate smackdown, Superman defeated Thanos to become the champion.

It’s a bird, it’s a plane, it’s the winner of our bracket!

Thanks to everyone for participating! 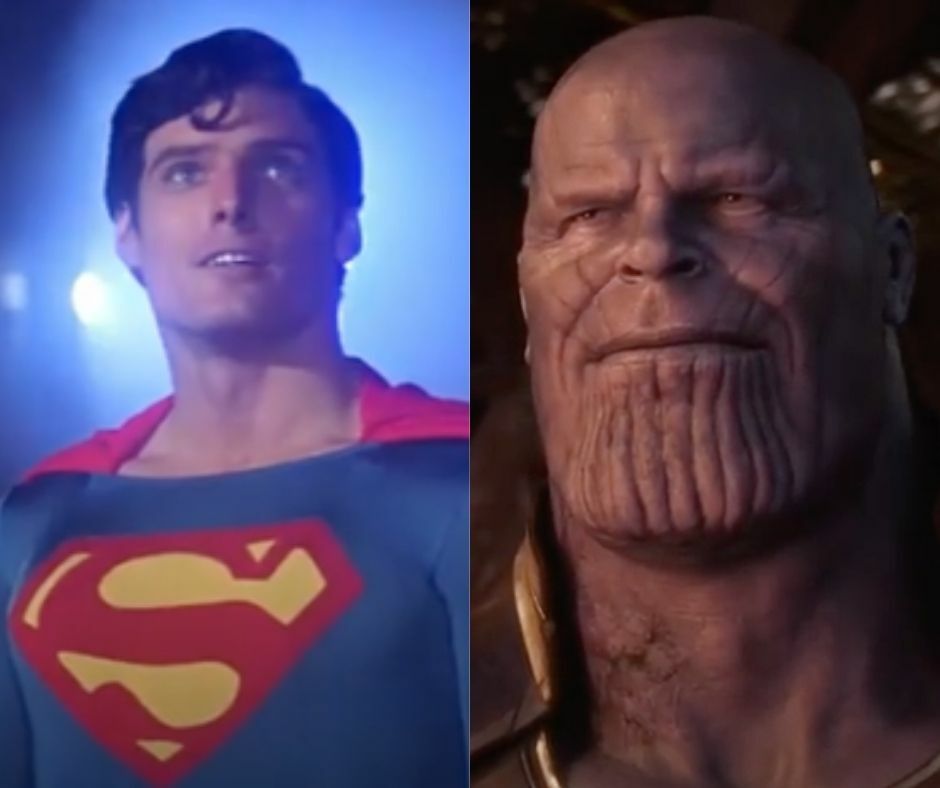 Superman vs. Thanos
DC vs. Marvel
The hero vs. the villain