What it takes to repair the Jefferson Memorial

The restoration of the Jefferson Memorial will last until May 2020. But you can still go in.

The Thomas Jefferson Memorial opened in 1943, but the effort to clean and restore it is using some 21st-century technology. 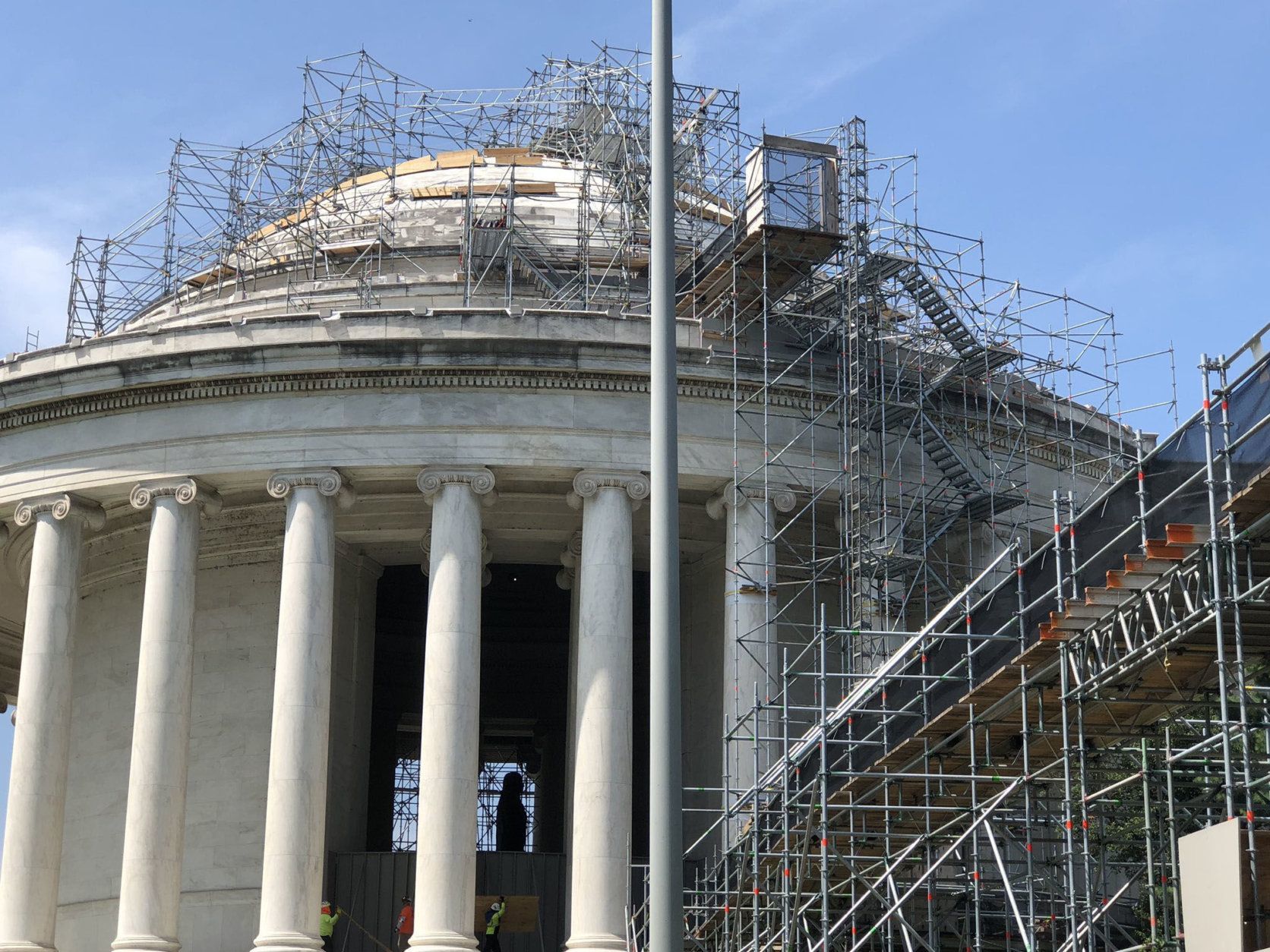 The restoration of the Jefferson Memorial will last until May 2020. But you can still go in. 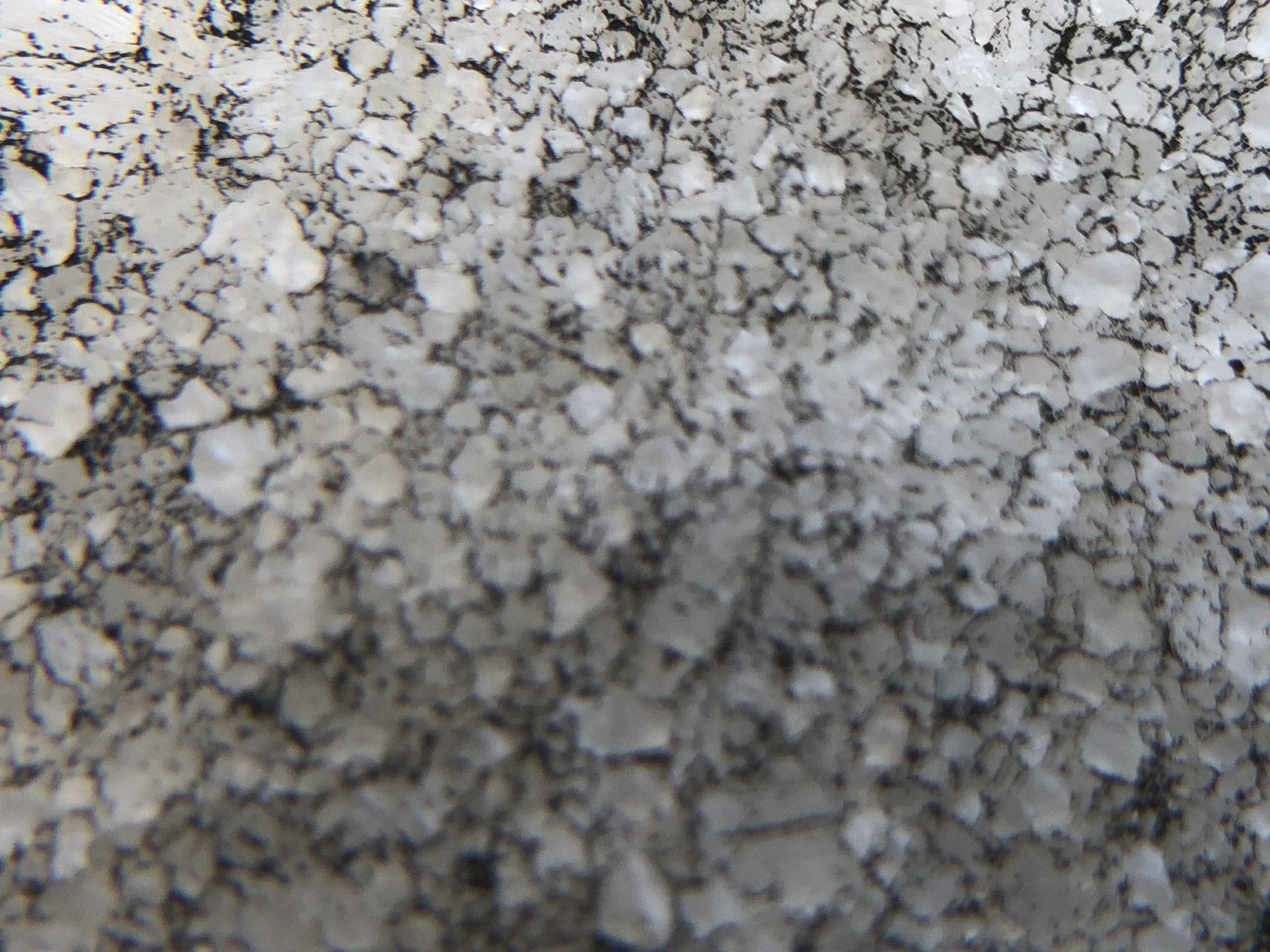 The black stuff is called biofilm. You’d think it would feel slimy, but it doesn’t.

“This is called a biofilm,” National Mall and Memorial Parks historical architect Audrey Tepper said, gesturing at dark splotches on the memorial’s dome. “It’s a microbial colony of fungi, algae and bacterial growth.”

The lasers clean the marble without damaging it by essentially vaporizing the growth.

“This type of laser we’re using — the 1064-nanometer wavelength — it’s really good at targeting dark soiling,” said Lindy Gulick, architectural conservator for the National Mall and Memorial Parks. “These dark particles are excited by the energy, and they … evaporate from the surface.” 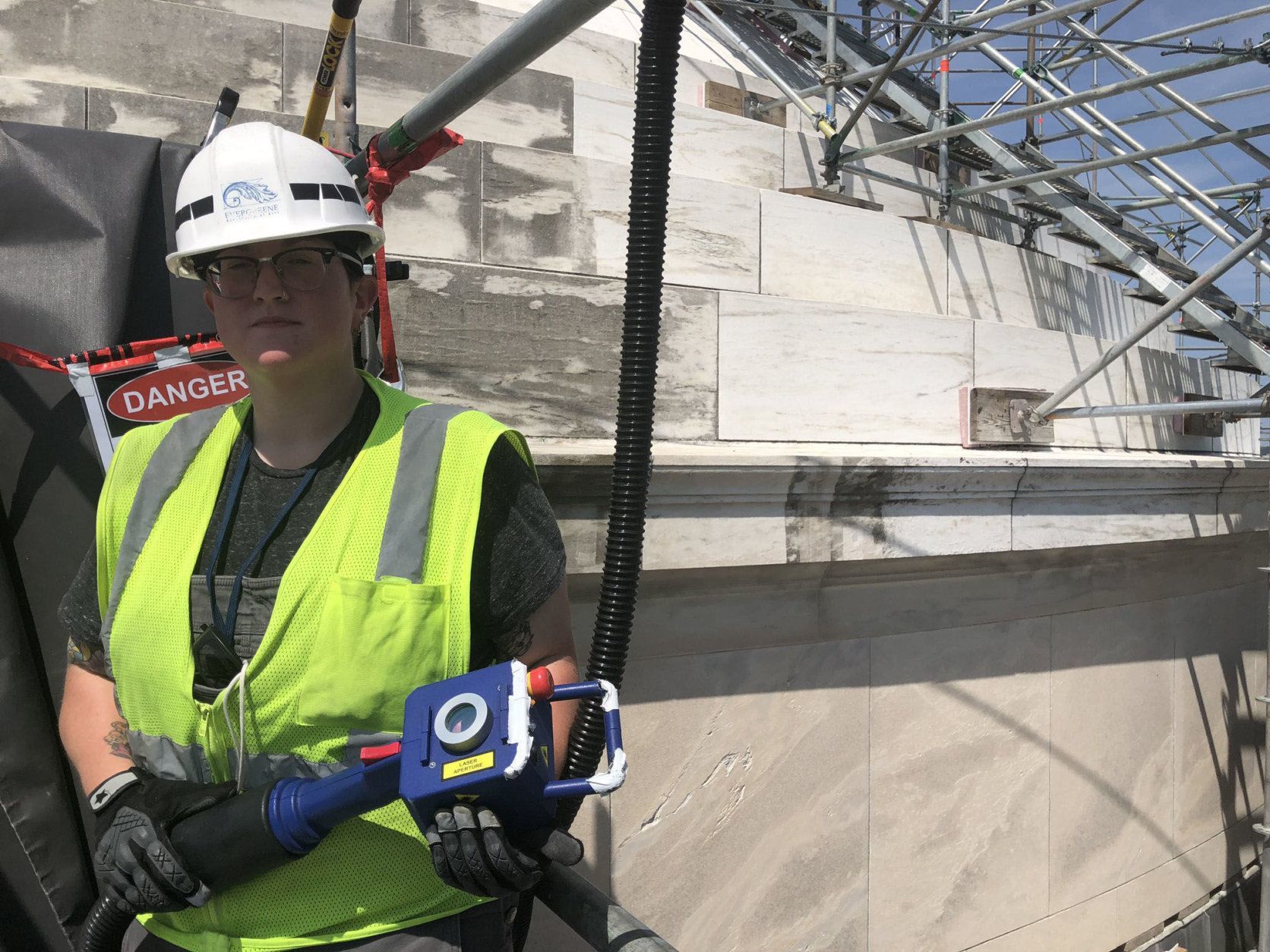 Behind the technician who’s holding the laser that removes biofilm is a swath of marble that was cleaned during testing in 2017.

The laser is being tested in small areas before it’s used to clean the entire dome. Broad swaths of white marble are now evident in places where larger laser tests were conducted in 2017.

Scientists worldwide are studying biofilm to try to learn what fuels its growth and what might inhibit it from regrowing once it’s removed. 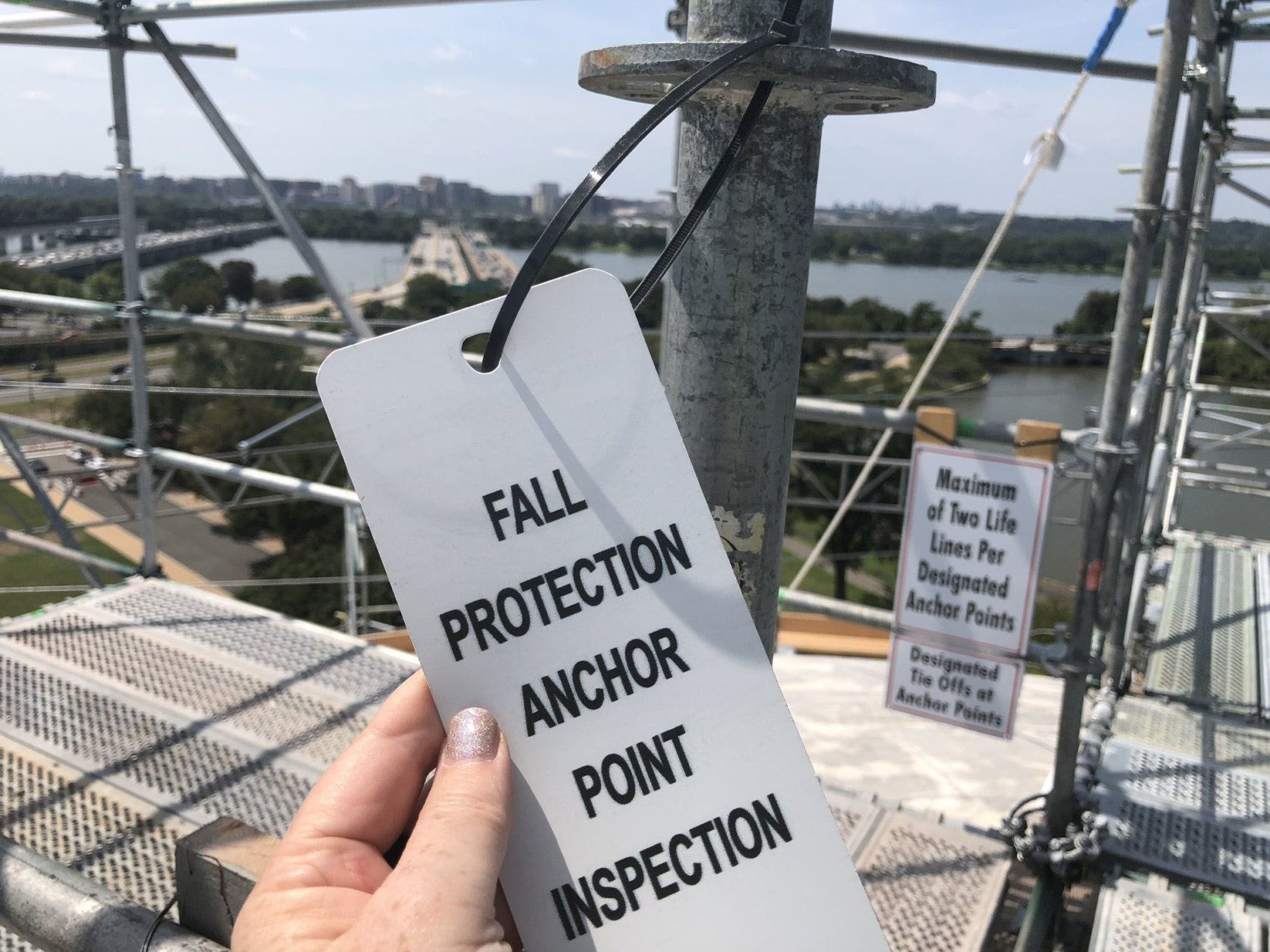 All the power and water and supplies for the project have to be lifted far into the sky for the repairs and restoration of the Jefferson Memorial. 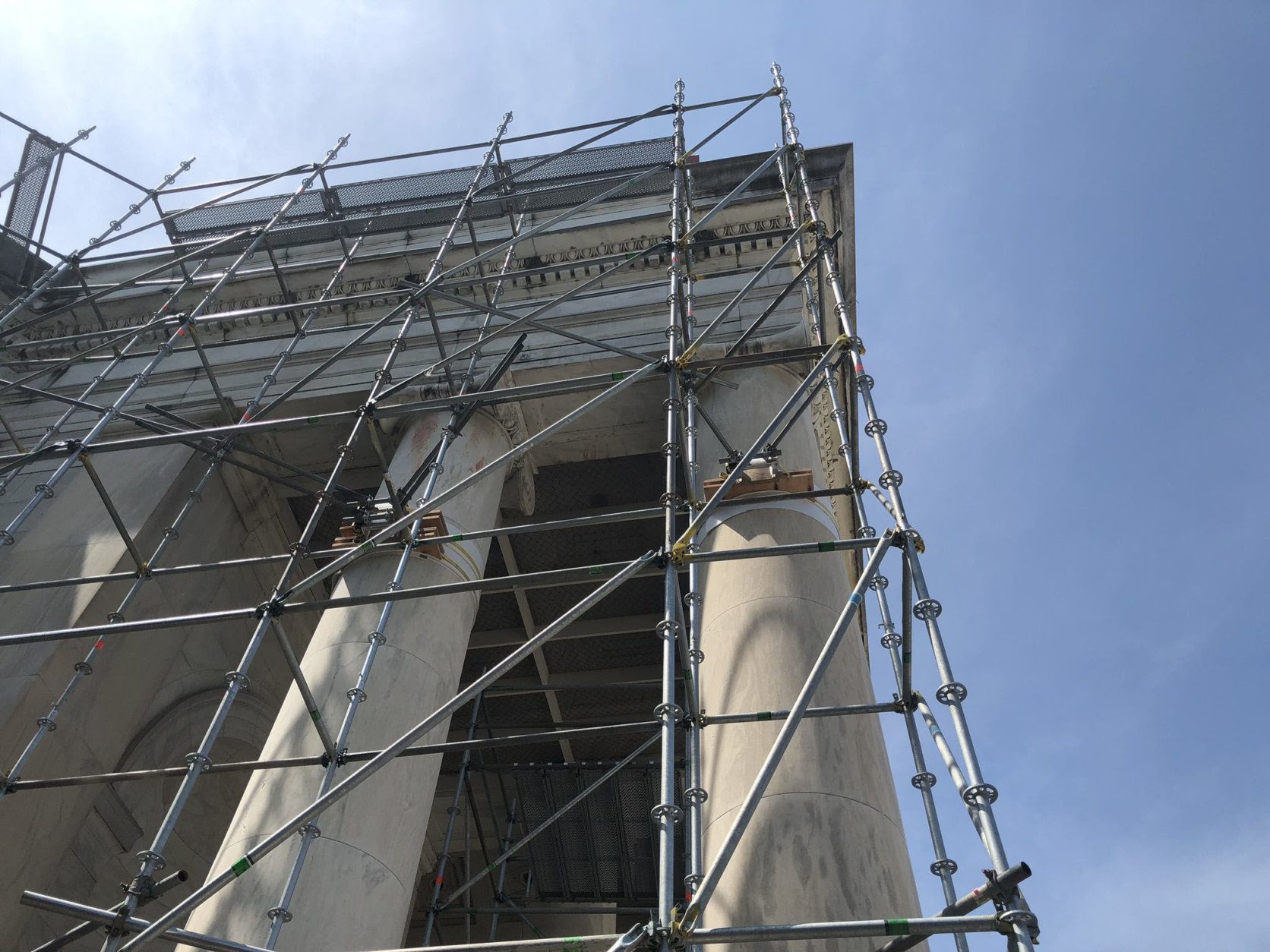 There’s scaffolding all over the Jefferson Memorial.

Lower-tech restoration efforts on the monument present their own logistical challenges.

A mechanical lift and maze of metal scaffolding stairways are used to move equipment, materials and workers more than 100 feet into the air to the memorial’s various levels that need attention. Water and electricity used for restoration work has to be delivered to elevated areas. 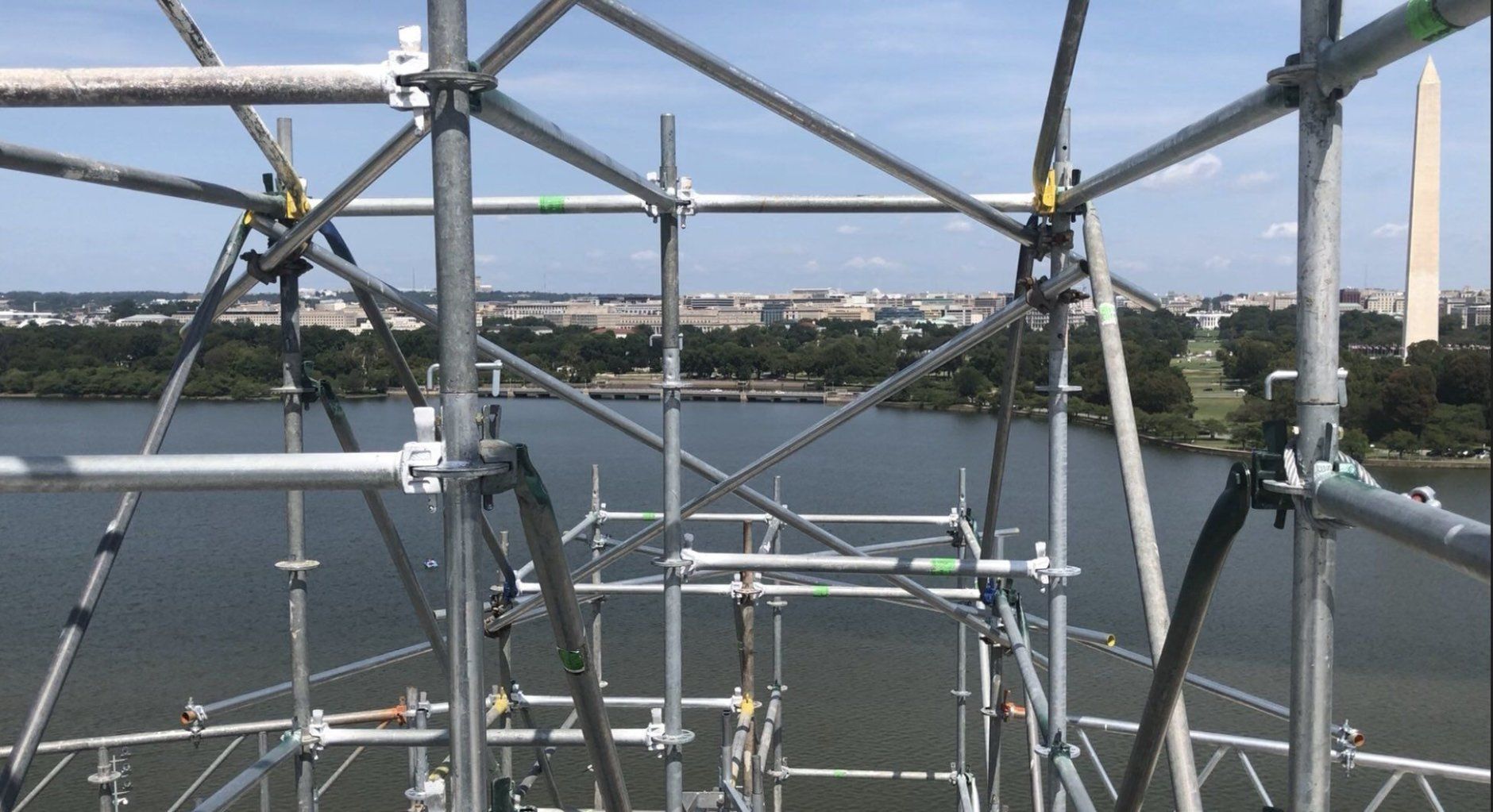 A view from the top of the Jefferson Memorial. 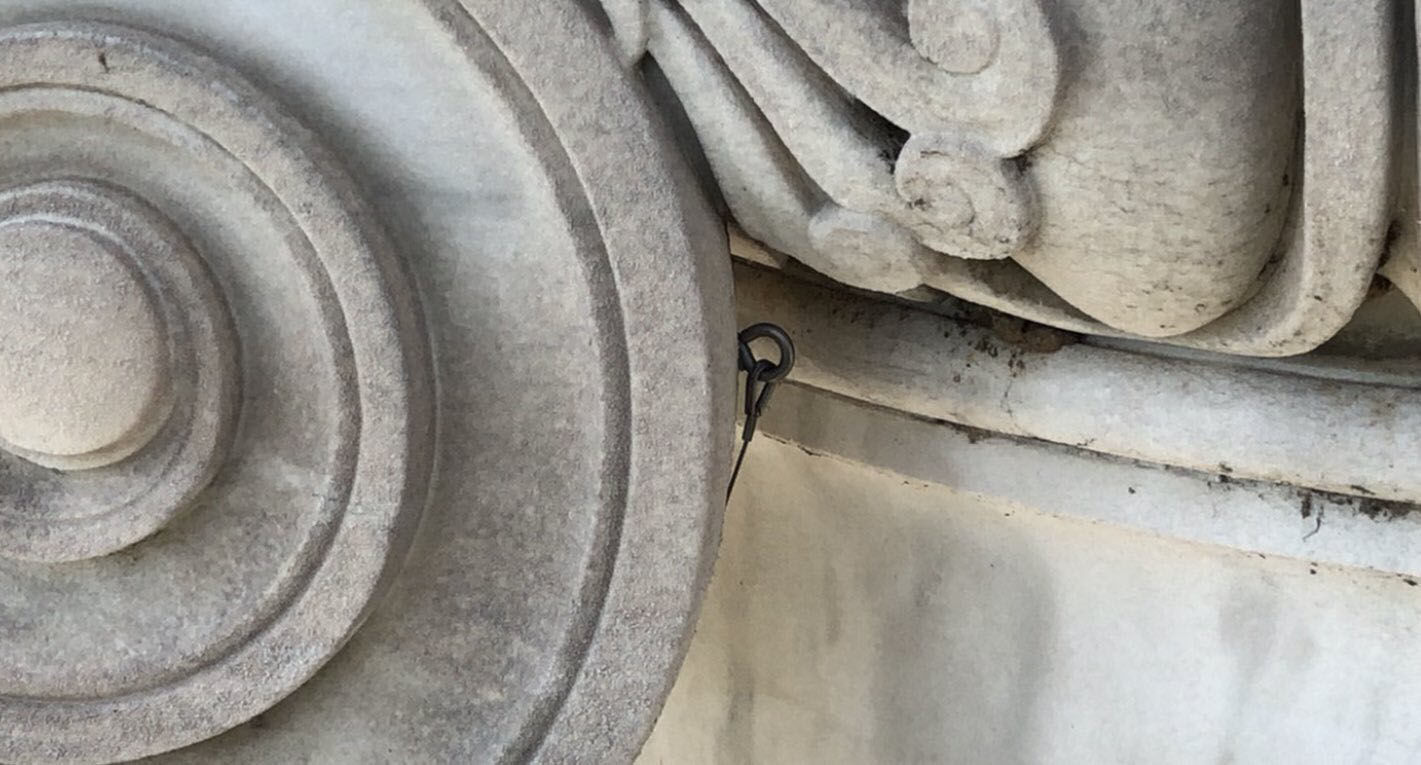 Some of the column capitals are held up by wire, and it needs to be tightened.

Some of the capitals of the memorial’s ionic columns are awkward to access, and have experienced stone failure in the past. They’ve been anchored into place with wires that now need to be tightened.

The panels that create the front triangle-shaped portico roof weigh between 700 and 1,200 pounds each. They’ll eventually be removed, taken to the ground, restored and replaced after the flat surface underneath has been upgraded and waterproofed. 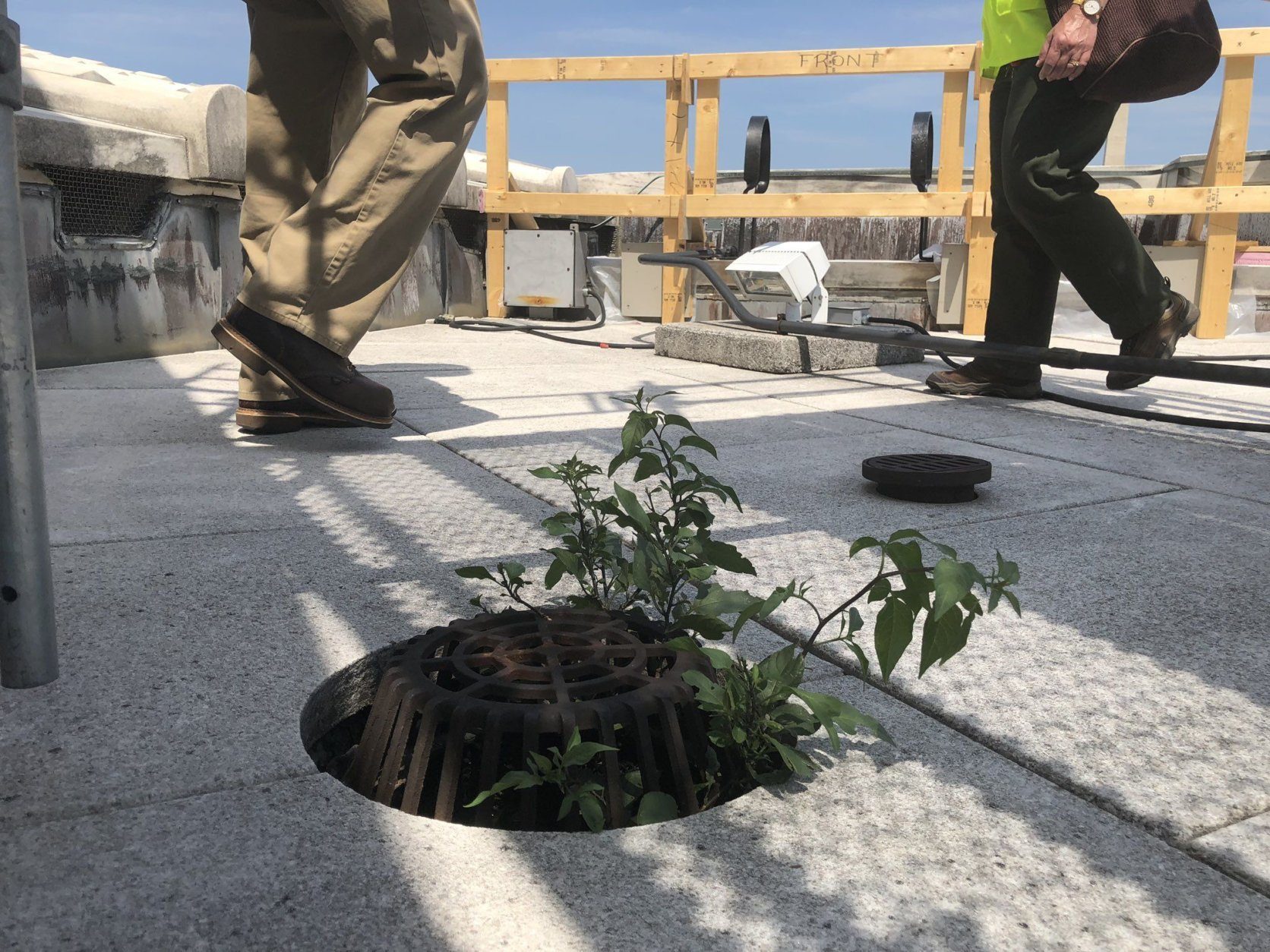 One of the roof drains could use some work. 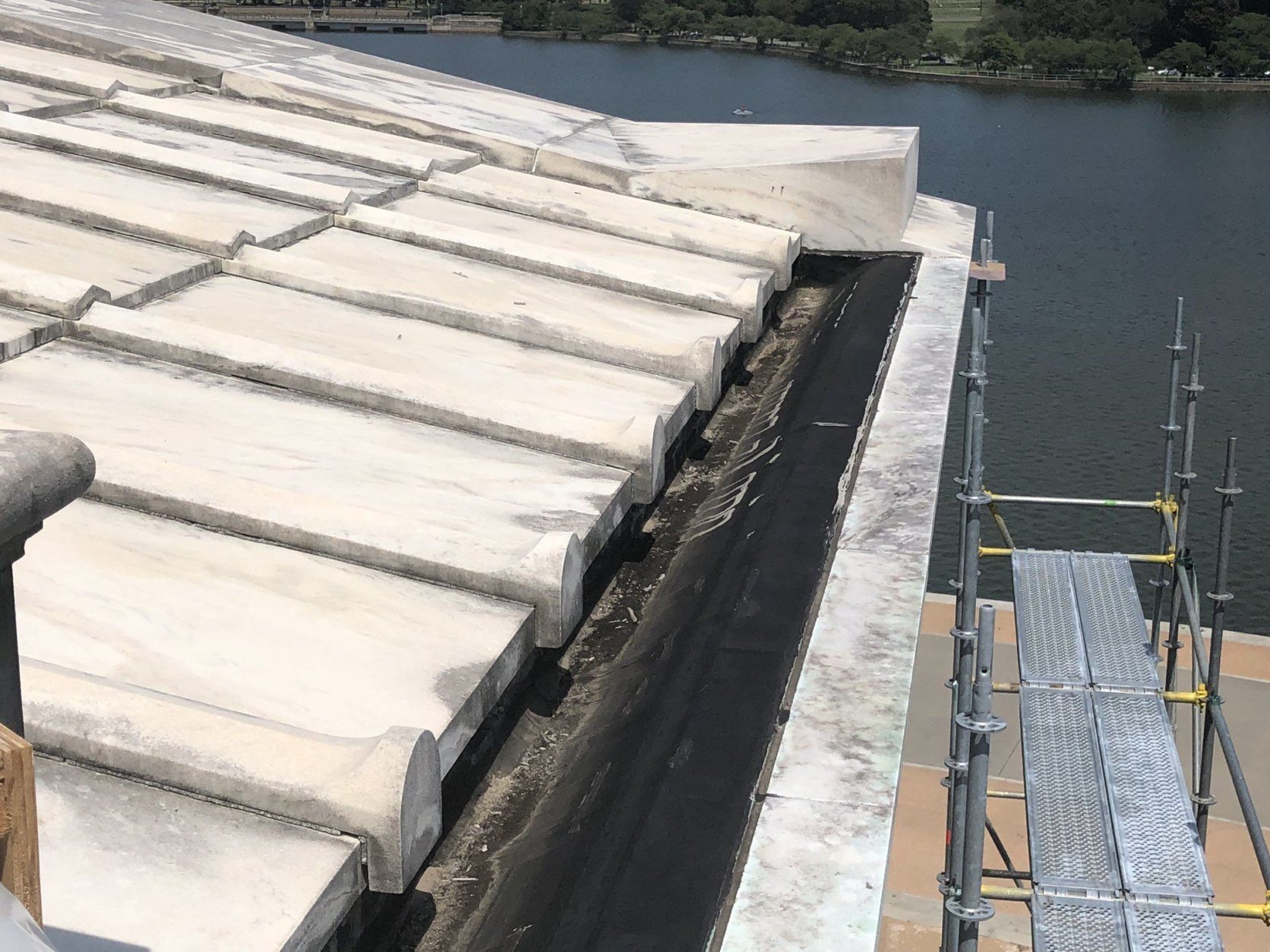 The Jefferson Memorial’s gutters are failing … 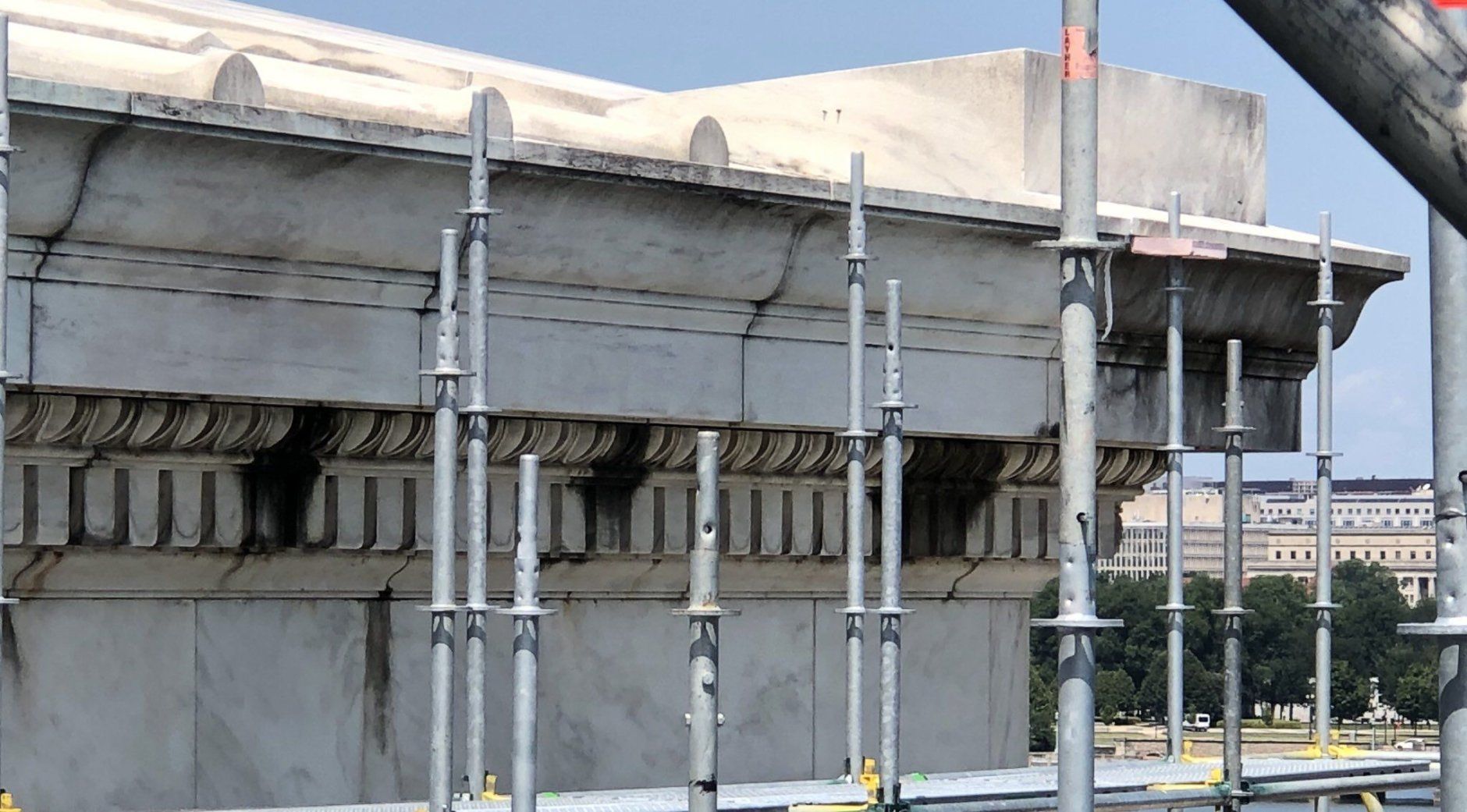 … and that’s led to some ugly black marks on the building.

“It’s a dance of all these different things we need to accomplish for this project,” Tepper said. 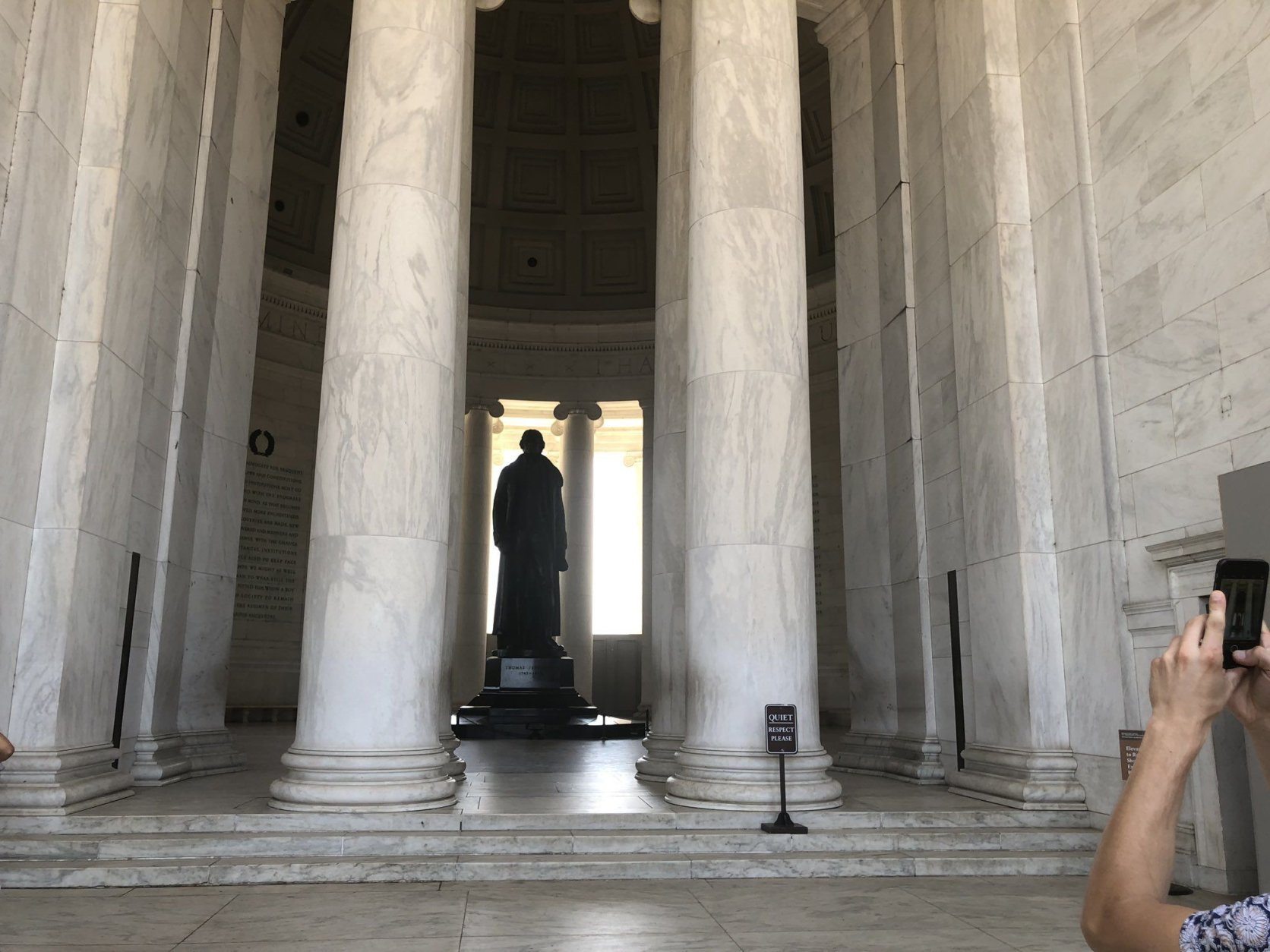 The work will last until next May.

The 15-month project is expected to conclude in May 2020.

While work is underway, the monument’s inner chamber will remain open so you can see Thomas Jefferson’s statue; the elevator is running; the bathrooms are open; and the gift shop will operate as usual. 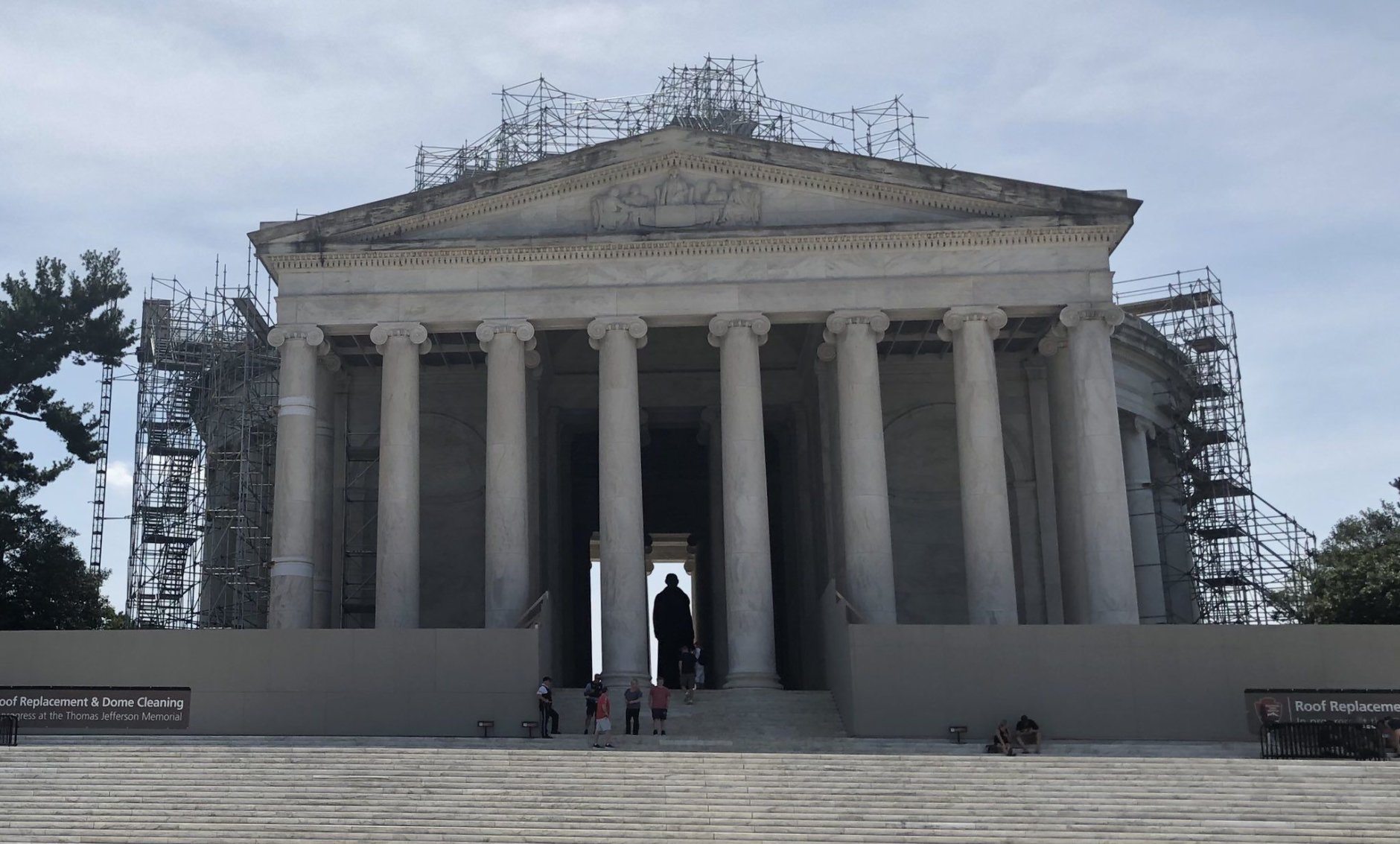 Tepper acknowledged the importance of what’s being accomplished.

“There are a lot of challenges here. But, it’s very exciting and I think people will really appreciate seeing the memorial back looking like it was intended to look when it was first designed.”

Local News Washington, DC News
jefferson memorial kristi king
Log in to your WTOP account for notifications and alerts customized for you.