Newly-installed underwater trash bins are sucking debris out of the Anacostia River along the waterfront at the marina near Yards Park in D.C.

“We just saw our first bottle of the morning float on in, and there’s a big piece of packaging foam,” said Anacostia Riverkeeper Trey Sherard, observing the collection bucket of a Seabin device — one of five funded by a $60,000 grant from the District’s Department of Energy and Environment, and the U.S. Environmental Protection Agency, in a pilot program. 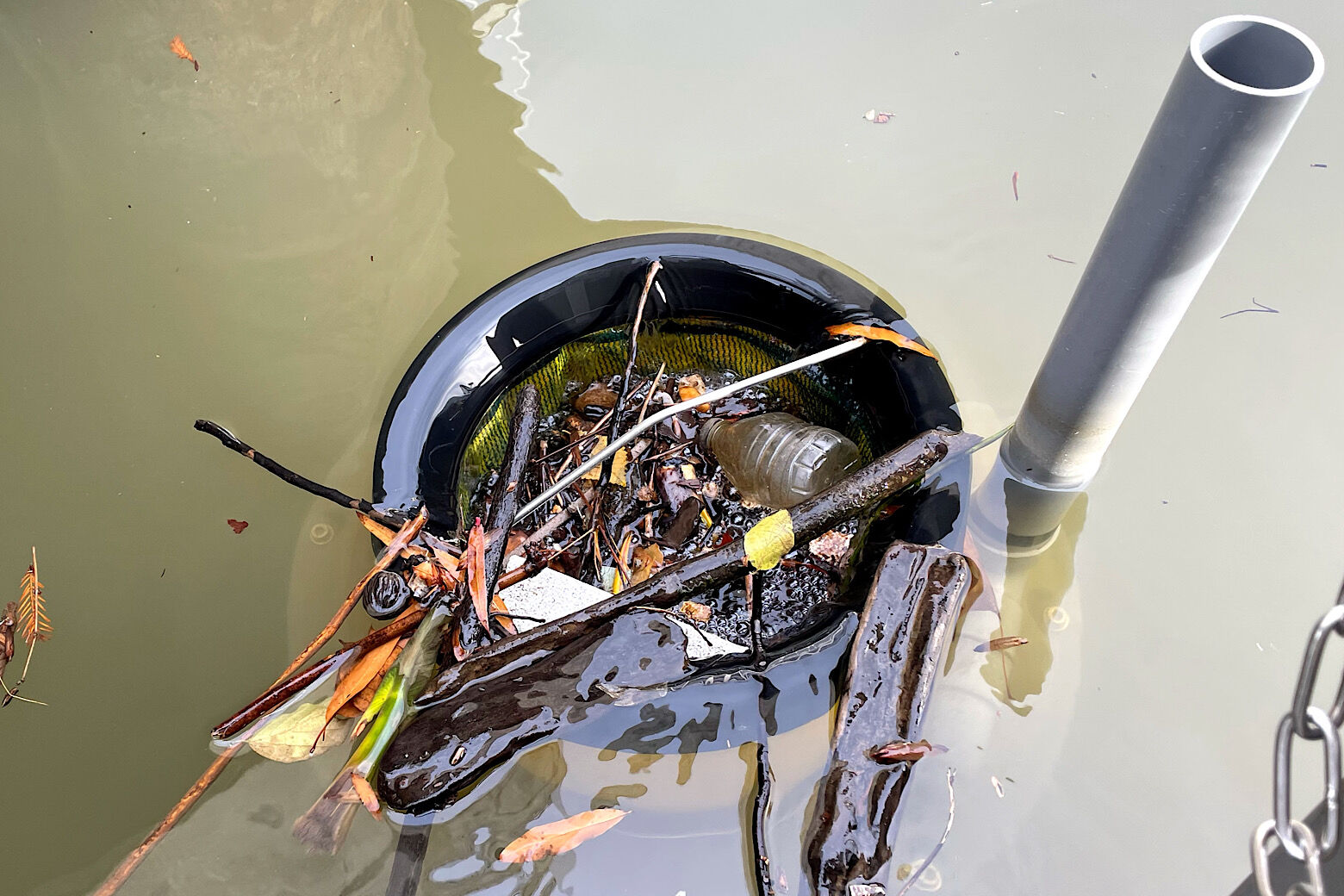 1/3
The Seabin pumps water through itself, and collects trash in its mesh bucket. (WTOP/Neal Augenstein)

“The Seabin is a basket. It’s about the size of a 5-gallon bucket, that sits just under the surface of the water, and it’s got a mesh basket inside of that, and then a pump” Sherard said.

The company that makes Seabin says it can lure trash from more than 150 feet from the device.

“So, it’s pumping water down, which pulls it over the top of the Seabin, down through the mesh. The water goes through the pump and back out, and anything that’s in the way — leaves, or sticks, or trash — gets caught in the mesh.”

While boats equipped with heavy machinery remove trees and other large debris that appears in the Anacostia River from sewer overflow after large storms, the Seabin, which is attached to a dock near the rear of the marina, snags smaller trash. 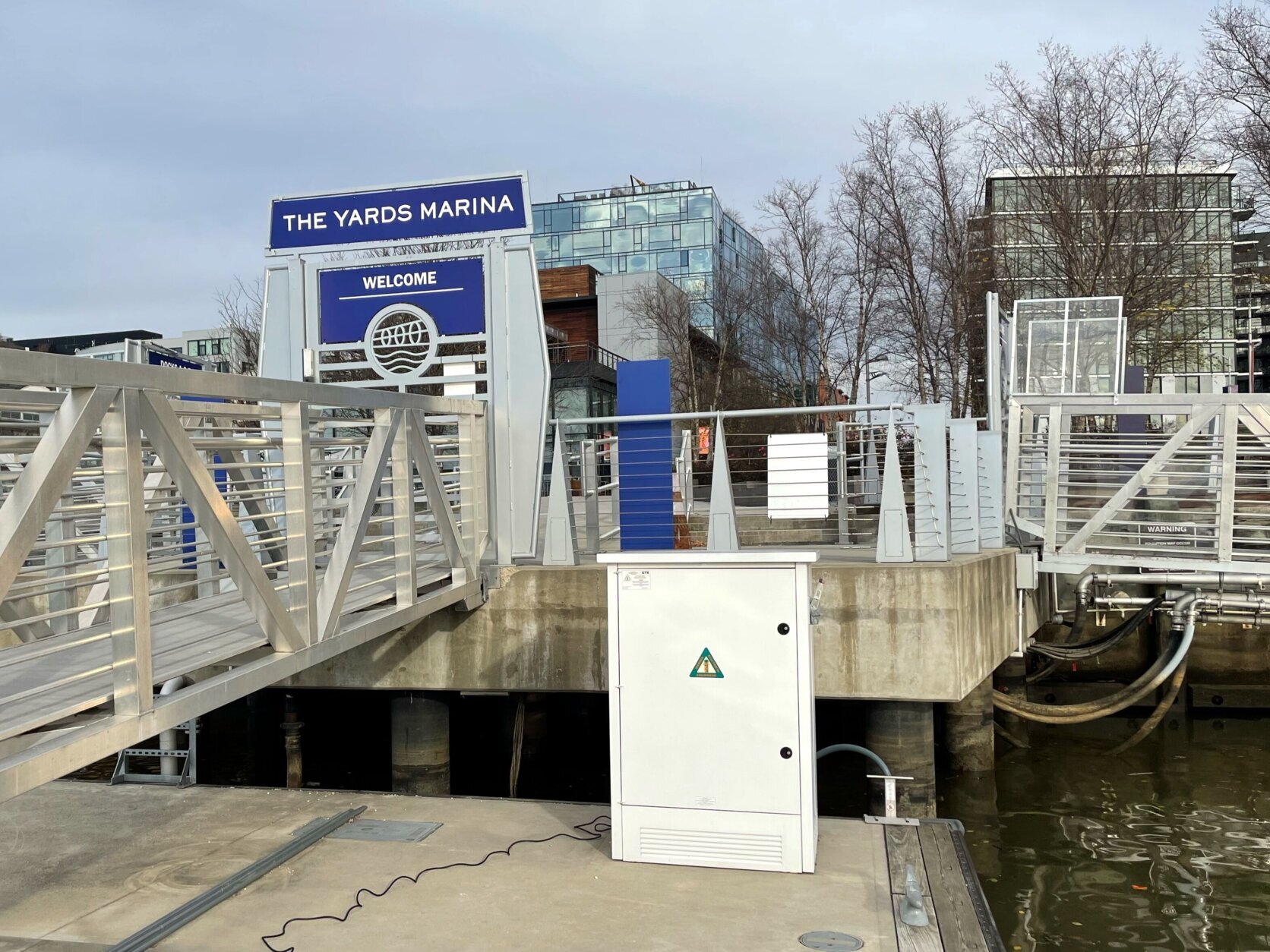 2/3
Seabins are in place at the Yards Marina, near the desirable Navy Yards community. (WTOP/Neal Augenstein)

Sherard said the pilot program will help determine how often the trash collected in the Seabin needs to be emptied.

Efforts to remove eyesore and environmentally-unfriendly items from the Anacostia River were encouraged by several buildings located near the Navy Yard’s multiuse neighborhood, which are organizing tenants to help in emptying the Seabin.

”They decided to live here, because they wanted to be down by the river. They take ownership over this stretch of the river, and it’s a pretty wonderful thing,” Sherard said. 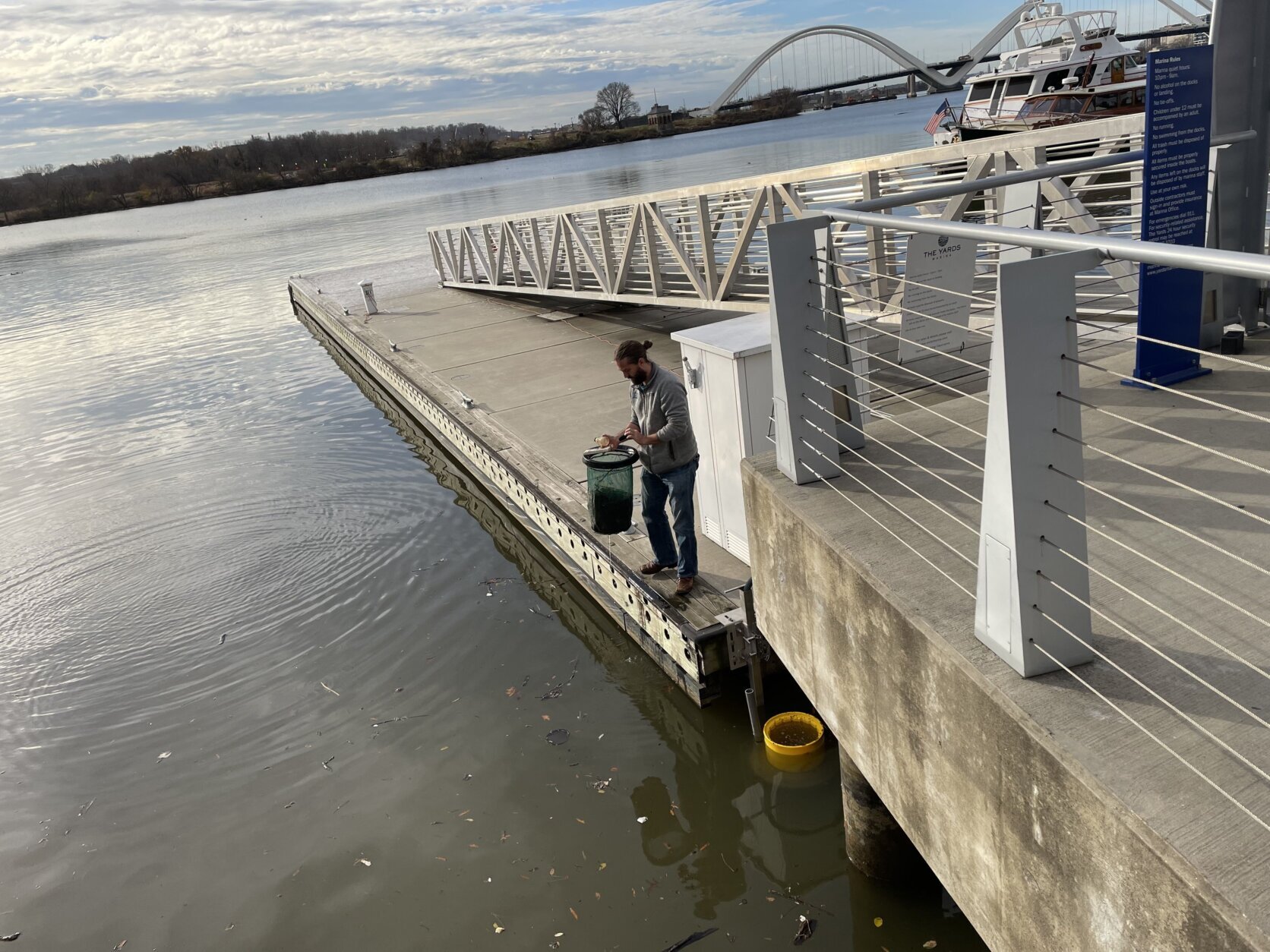 3/3
Anacostia Riverkeeper Trey Sherard inspects debris collected in the Seabin, which is attached to the marina. (WTOP/Neal Augenstein)

Rather than just empty the debris snagged in the Seabin, Sherard said it will be weighed, to help keep abreast of progress in keeping the Anacostia River clean.

”Plastic bottles are actually 60% of the weight of all the trash floating on the Anacostia River,” said Sherard.

Sherard gestured toward pieces of foam nearby: “It’s pretty old, kind of yellow and degraded. It’s not like a new clam shell or a new foam plate. That means the foam ban that D.C. and counties nearby have had for a while is working.”