The U.S. Navy Flight Demonstration Squadron, the Blue Angels, flew over Bancroft Hall as the midshipmen sang the “Navy Blue and Gold.”

Some 1,000 midshipmen graduated in five swearing-in ceremonies and a virtual ceremony that will take place Friday. Defense Secretary Mark T. Esper will give a prerecorded keynote address during the virtual ceremony, a Naval Academy news release said. 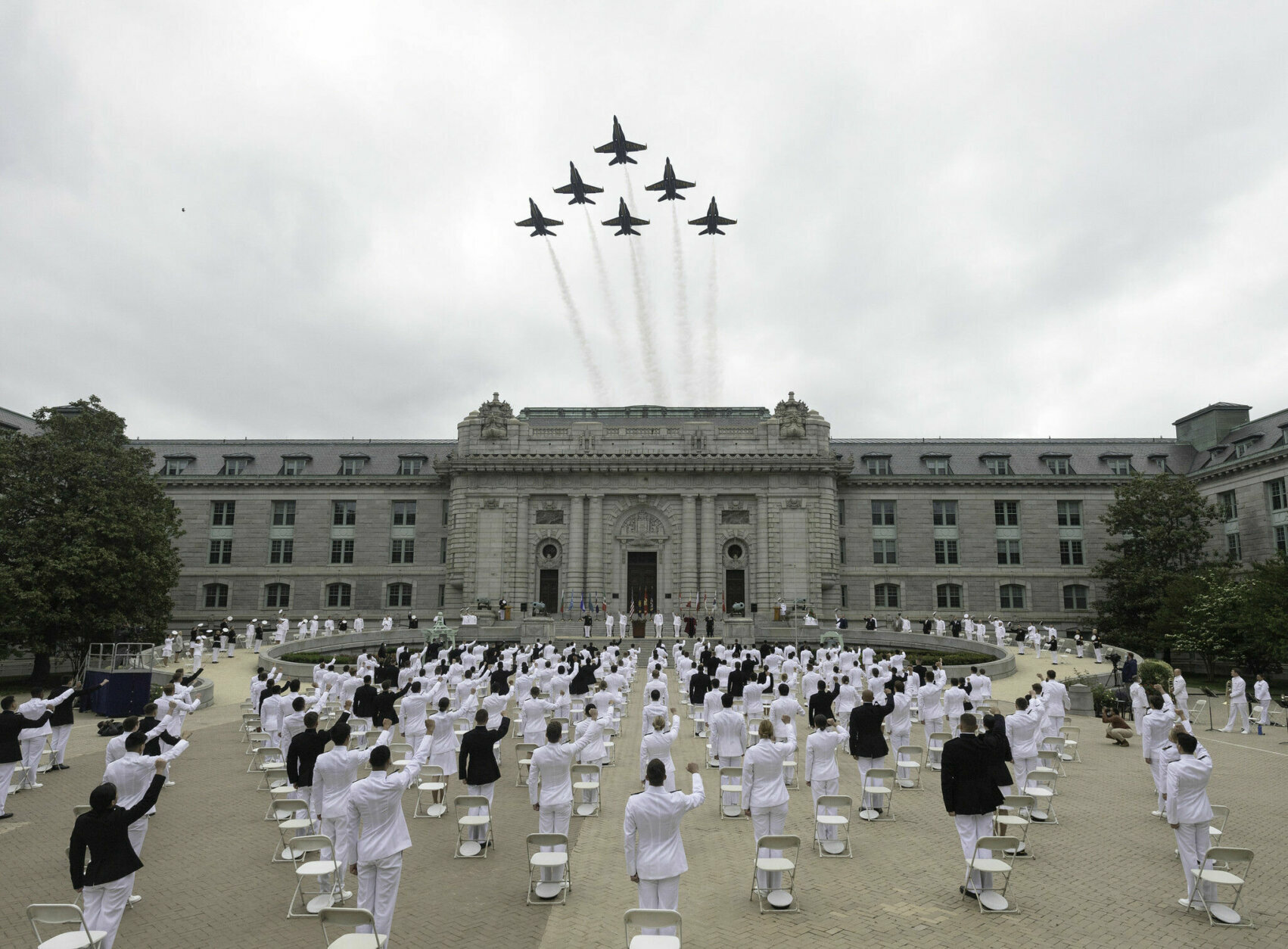 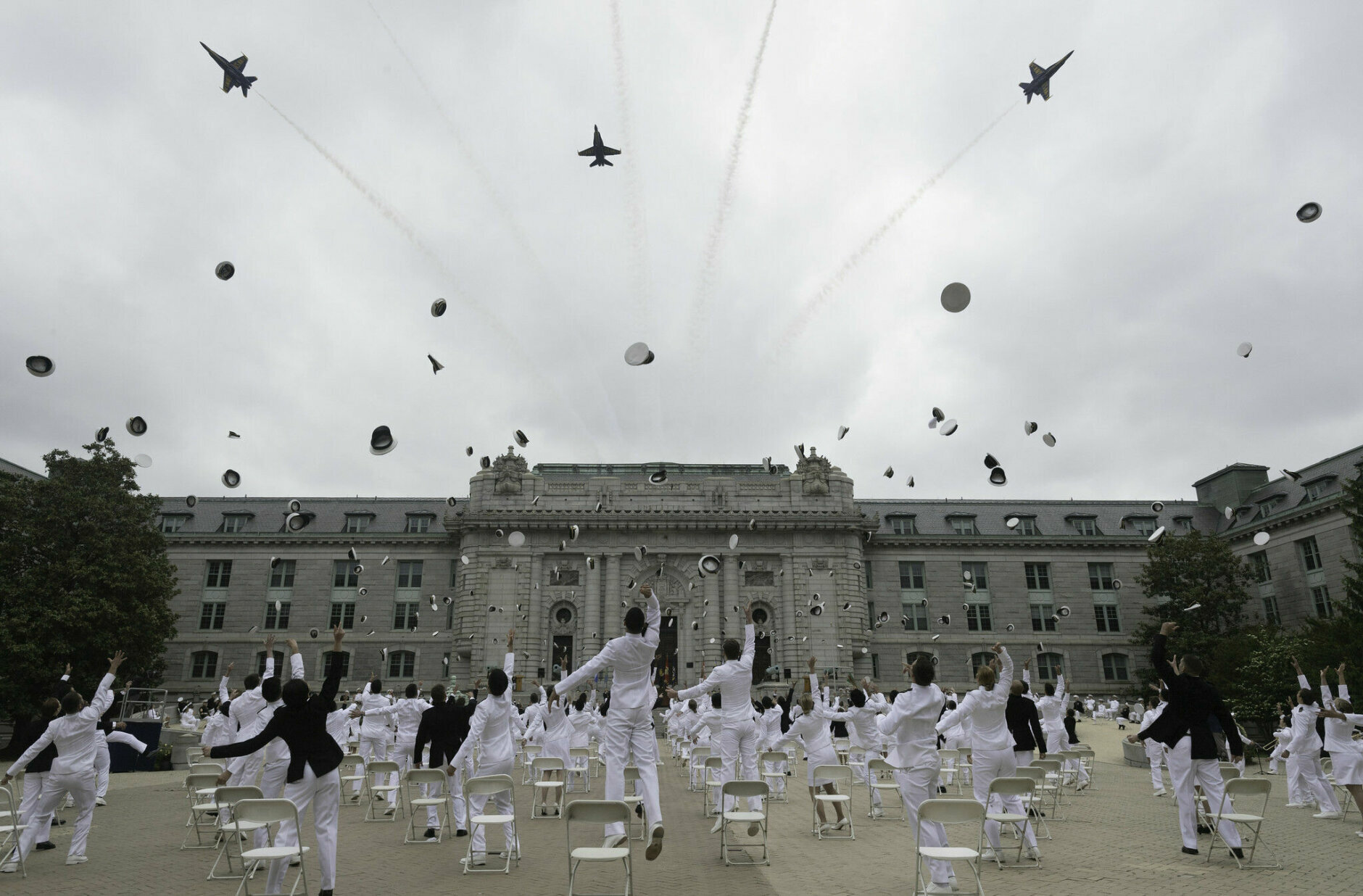 2/5
The hat toss, now a traditional ending to the event, originated at the Naval Academy in 1912 as a symbolic and visual end to the four-year program. (Courtesy USNA/Stacy Godfrey) 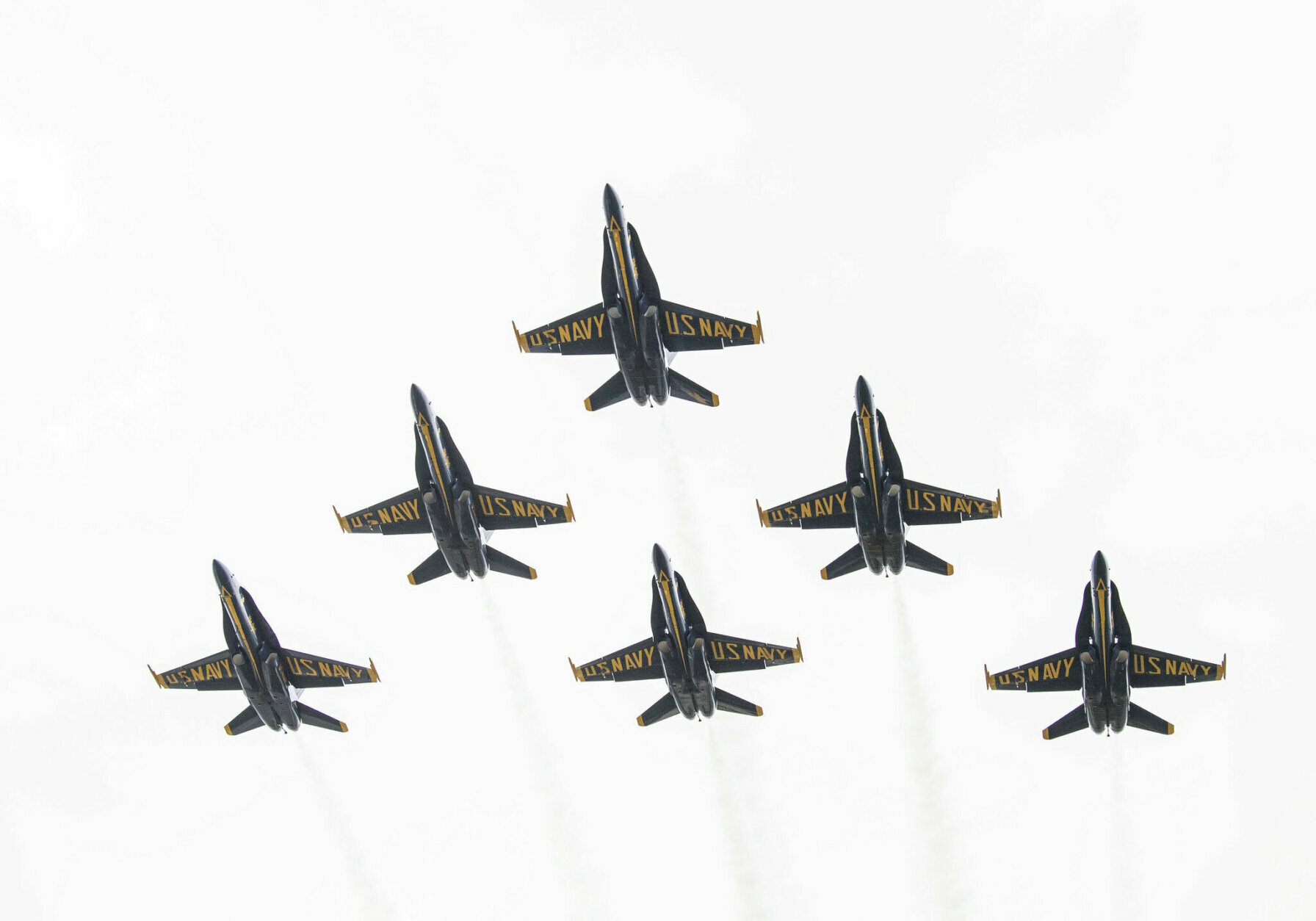 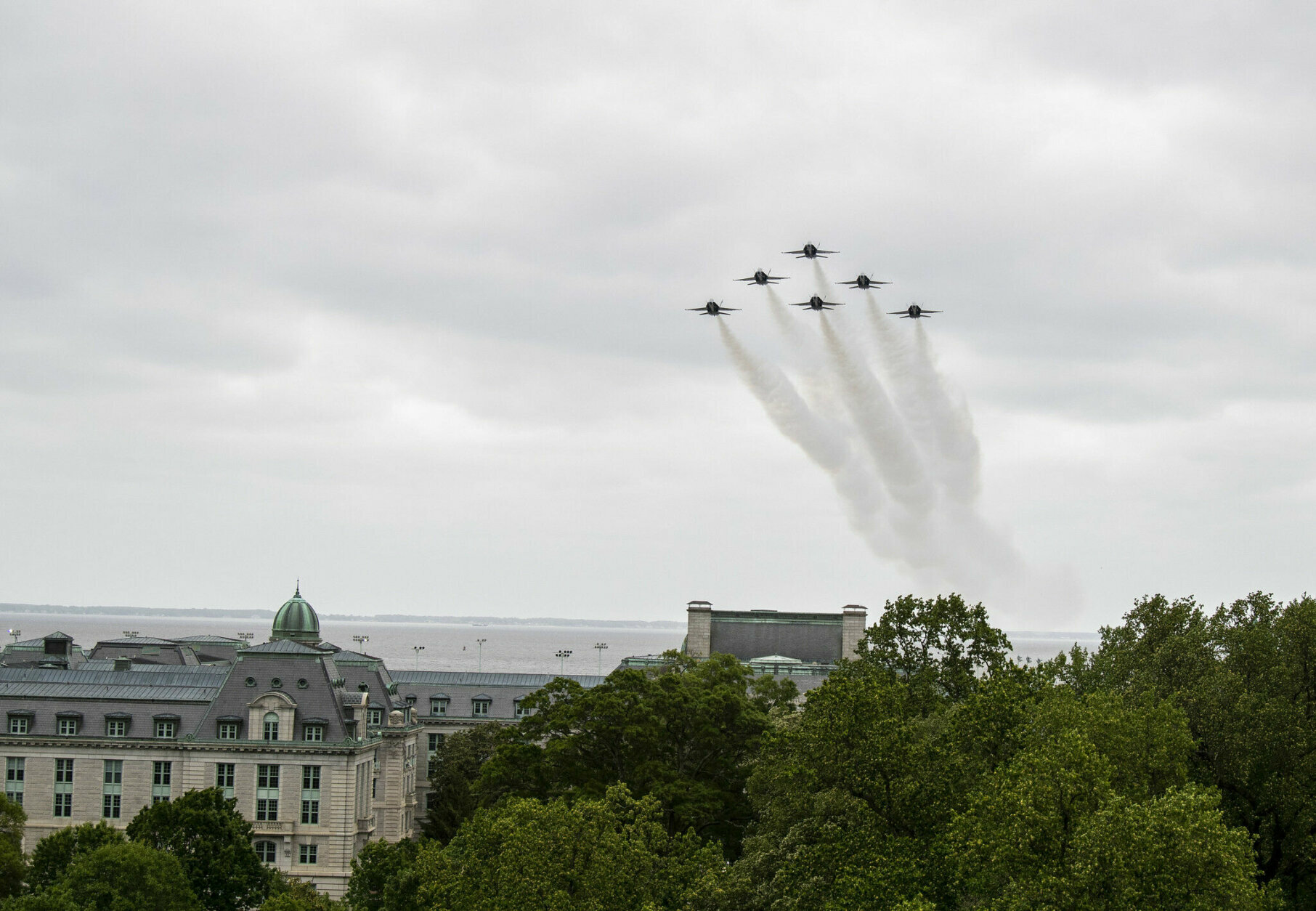 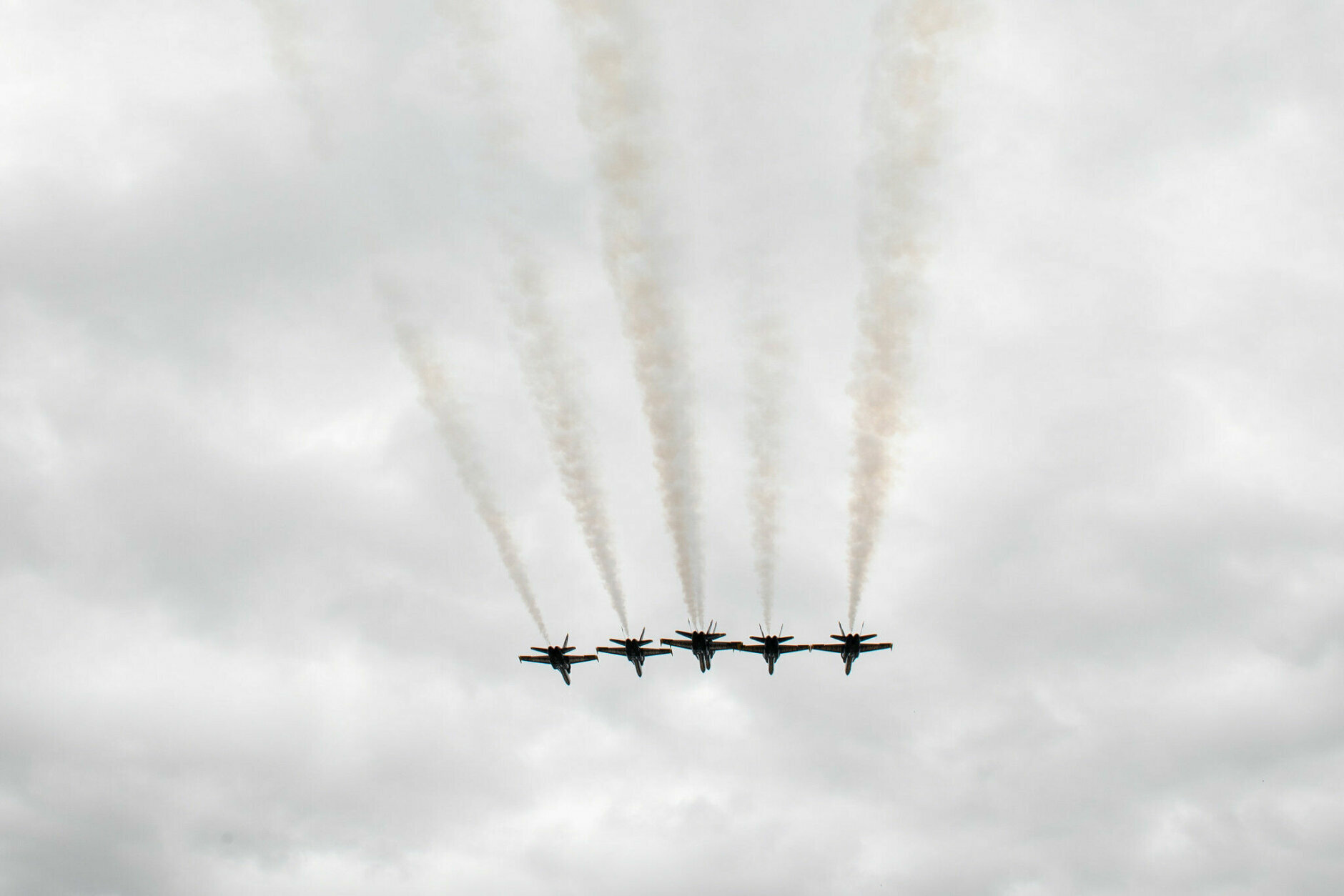