Pizza Hut is doubling down on one of its classic innovations as the pandemic-era pizza wars rage.
Listen now to WTOP News WTOP.com | Alexa | Google Home | WTOP App | 103.5 FM

Pizza Hut is doubling down on one of its classic innovations as the pandemic-era pizza wars rage.

In a nod to the 25th anniversary of stuffed crust’s debut, Pizza Hut is offering a pizza-less ring of cheese-stuffed dough.

The name? “Nothing But Stuffed Crust,” of course.

The cheesy promotion — which comes just weeks after rival Papa John’s rolled out its own stuffed crust pizza — is limited to participating locations in Dallas and Los Angeles this Tuesday through Thursday. The company says Nothing But Stuffed Crust is free for the first 50 customers who make a $10 purchase. Customers can also buy a three-topping stuffed crust pizza for $11.99 for a limited time at participating restaurants.

“Many have tried to recreate it, but there’s still only ONE original stuffed crust pizza,” Pizza Hut said in a statement.

Competition among big chains has been fierce during the coronavirus pandemic, which has fueled a surge in pizza demand from Americans who are spending more time at home and avoiding dine-in restaurants. Papa John’s, Domino’s and Pizza Hut began hiring thousands of new employees in the spring. 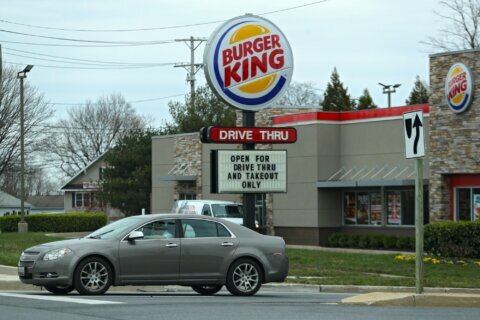