When Nicole Marquis moved home to Philadelphia after college in California, she went from studying theater to educating her dad on the health benefits of a plant-based diet.

At the time, her father was battling high blood pressure, high cholesterol and a new diabetes diagnosis. He blamed genetics, she blamed his diet — so she bought him a blender.

All it took was one green smoothie, “and he was hooked,” said Marquis, now a Philadelphia-based restaurateur.

Within two months of adopting a plant-based diet, Marquis said her dad lost 25 pounds and was able to safely eliminate four of his medications. For a period of time, he also put his Type 2 diabetes in remission.

“I knew at that moment, I needed to bring this to millions of people everywhere,” Marquis said.

And that’s exactly what she did with her “fast food” concept, HipCityVeg. On July 24, Marquis is opening the restaurant’s seventh location — and second D.C. outpost — on Connecticut Avenue NW, just south of Dupont Circle.

The menu at HipCityVeg, which launched in Philadelphia in 2012, is filled with American classics, such as a crispy chicken sandwich with ranch, and a smokehouse burger, topped with a tangy barbecue sauce and crispy onions. There are breakfast sandwiches, salads, shakes, fries — even nuggets for the kids and kids at heart.

But there’s one main difference in the food served at HipCityVeg, compared to other bun-sandwich establishments: Everything is plant-based. Organic soy, grains and veggies take the place of beef and chicken; soy ice cream is used for the base of the milkshakes.

Marquis said the burger- and fry-focused menu design was intentional: Serving ingredients that might be new to the masses in a familiar form makes plant-based eating more approachable.

“[Customers] can say, ‘Yeah, I know what a chicken-ranch sandwich might taste like. They pair that with a green smoothie, and that creates a domino affect in people’s lives,” said Marquis who sells the same green smoothie at HipCityVeg that first turned her father’s health around years ago.

“When they can eat a plant-based meal and be satisfied … they start to bring in more of that into their lives and we see that here.”

A study published in 2018 in the journal Public Health Nutrition found that two-thirds of American adults surveyed reduced meat consumption in the last three years. Some are cutting back on animal protein for health reasons; others are reducing meat consumption for environmental reasons. According to research from the United Nations, cattle-rearing generates more greenhouse gas emissions than transportation.

Marquis said most of the customers that visit HipCityVeg aren’t vegans: They’re omnivores who are interested in incorporating more meatless meals in their diet.

“People who just want a better option to the burger that they might choose down the road. I think when given the choice, people will choose plant-based foods as long as it tastes good and it’s convenient,” she said.

“Plant-based is the future.”

D.C.’s new HipCityVeg location opens July 24 at 1300 Connecticut Ave. NW. The first 100 customers get a free lunch; everyone else gets free fries all day. 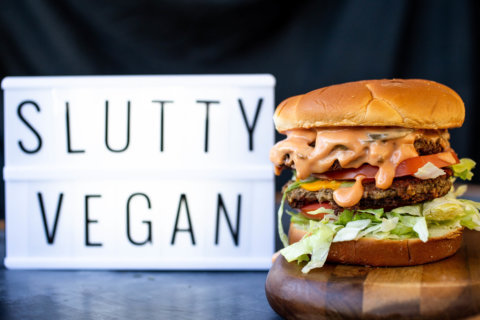 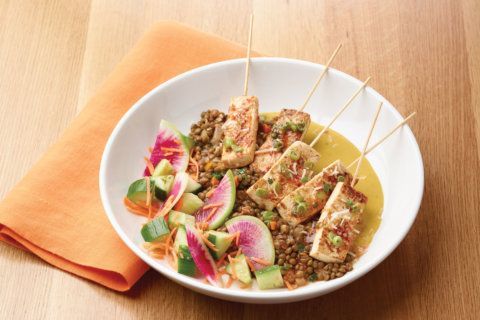 This summer, let plant-based foods be the focus at your next party