It’s not unusual for chefs to source fresh, seasonal produce from nearby farms. But at D.C.’s Blue Duck Tavern, Executive Chef Adam Howard is taking his commitment to the local food movement one step further by turning the Michelin-star restaurant into a weekly community supported agriculture (CSA) pickup point.

Now through Jan. 2, Washingtonians can get their hands on the same produce Howard uses in his colorful garden salads and on top of his wood-roasted mains via a CSA program he launched with chef-turned-farmer Mike Mustard.

“It’s a nice alternative to going to the farmers market and kind of fighting that crowd,” Howard said. “You’re going to get something different every week and you can stay for brunch.”

Each week, Mustard packs his Fiat with tomatoes, potatoes, carrots, chard and more that he grows on his 4-acre farm in Lexington Park, Maryland, and drives his harvest to the downtown D.C. restaurant. Unlike most CSA models where the produce is sorted into boxes and distributed, Mustard sets his haul out across several tables and lets the participants pick what they want for the week. Don’t like cilantro? Not a problem: Try some parsley, instead.

“I wanted everybody to leave happy,” Mustard said.

CSA is up and running @blueducktavern if you want to get a CSA bag today I packed few extra.

Drawing on popular dishes from Blue Duck’s menu, Howard also provides recipes at each produce pick up, so participants can easily turn their dill and dandelion greens into dinner.

Mustard, who supplies custom-grown food to a few chefs in the D.C. area, explained that selling crops through a CSA helps to ensure more financial stability in the offseason, when he is planting and paying for labor and equipment but not bringing in money from regular sales. The CSA he runs with Blue Duck Tavern costs $600 for 30 weeks. That breaks down to about $20 a week for 7 to 10 pounds of produce at each pickup.

“It allows you to really build up,” said Mustard, who plans to use the money he makes this year to buy a truck to help with his deliveries, plus some additional farm equipment.

After working in the kitchen for years, Mustard decided to leave the restaurant industry to help supply it. He started farming on a small plot of land in Las Vegas 10 years ago, and later worked for a farm-based restaurant group in Illinois. Two years ago, he launched his Maryland farm, where he grows “a little bit of everything” — about 70 different crops.

“When you’re stuck in a kitchen, it’s a hot stove, you’re sweating and you just have tickets. You don’t see anybody’s faces, you don’t talk to anybody — you just get these angry Yelp reviews,” Mustard said.

“That kind of stress is not on the farm.”

The CSA program with Mustard’s Farm and Blue Duck Tavern has already started, but Mustard said there is still time to sign up for part of a share. There are also options for less frequent pickups, and those interested can email him at mmustard2000@yahoo.com. 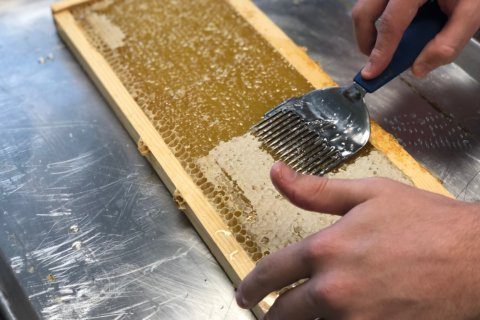 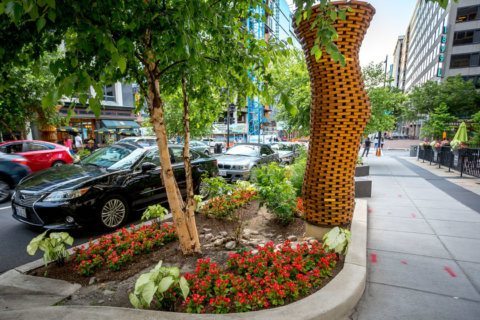