Salmon, cod and tuna are a few of the most common seafood options you’ll see on restaurant menus. Halibut and shrimp are a couple of others. But wander into The Salt Line, by D.C.’s Nationals Park, and dinner looks a little different.

Salmon, cod and tuna are a few of the most common seafood options you’ll see on restaurant menus. Halibut and shrimp are a couple of others. But wander into The Salt Line, by D.C.’s Nationals Park, and dinner looks a little different.

The selection might include roasted sea robin, smoked dogfish or a plate of eel cacciatore.

“Everybody knows [the usual] fish; everybody’s fishing for those fish; the commodity houses are really going after those fish. What you don’t realize is that the ocean is so big and there are so many fish — they’re at the bottom and they’re on the top and they’re in the middle. They’re everywhere,” said Salt Line chef Kyle Bailey.

Some reports show the world’s oceans are home to 20,000 species of fish. So when fishermen go out and target tilapia, crab and snapper to sell to restaurants and retailers, they’re bound to pick up a few other varieties as well.

And when it happens, Bailey said it’s routine to throw the unintentional catch, called bycatch, back in the water.

“[Fisherman] are not going to haul something in that they can’t sell,” he explained.

The fishermen who supply The Salt Line, however, don’t throw back their bycatch. They take their haul straight from the boat to Bailey. It’s up to him to figure out their fate.

“A lot of times we get this fish in, and it’s the first time I’m seeing it — I’ve never seen this before. I don’t even know where to buy it,” Bailey said.

“It’s stuff that you really don’t see anywhere else.”

Bailey leads the D.C. chapter of Dock-to-Dish, a national organization that works to restore sustainable seafood practices by creating sourcing cooperatives. He likens the program to a CSA (community supported agriculture) model, but for seafood. Much like produce pulled from a farm varies from week to week, so does the seafood caught by local boats.

The first thing Bailey does when he gets in an order of odd fish is rigorous recipe testing.

“Everything fried is awesome,” he said, so he tries to stay away from that preparation as much as possible.

He has found roasting to be one of the best cooking methods for sea robin.

“When it roasts, the meat pulls away from the bone so when you literally grab the tail and you shake, the fillets come right off,” Bailey said.

Instead of relying on familiar Asian cooking methods for eel, whose texture Bailey describes as a cross between chicken thigh and octopus, the chef turns to humor and uses the fish in place of veal in classic dishes. Eel cacciatore was a hit when he made it last, and he plans to do an eel piccata in the near future.

Aside from challenging his cooking skills and diners’ taste buds, Bailey said making use of already caught bycatch is one of the “most sustainable things you can do if you’re going to be eating seafood,” since it creates a market for a product that might otherwise be discarded. It can also cut down on demand for the more popular species and help keep them from being overfished.

Of course, accessing bycatch isn’t easy. Bailey said you won’t find it in grocery stores or fish markets unless you know the person behind the counter and ask for it.

“If you have access to a dock or a wharf where fishermen are coming through, it’s the best place,” Bailey said.

In the meantime, those who want to make the oceans more sustainable can opt for oysters. Bailey said, “They’re cleaning up the water. They’re doing the best job.” 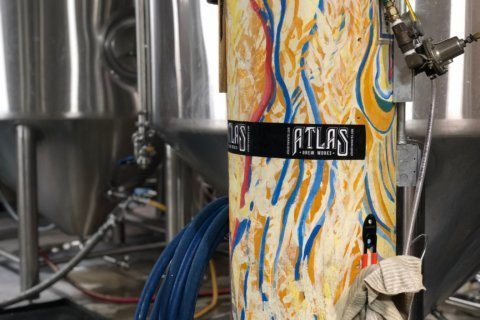 At Atlas Brew Works, environmental sustainability is all the buzz 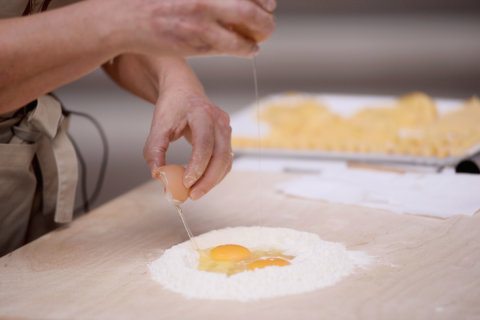 How to cook, entertain the Italian way