Every year, restaurants in the U.S. generate 22 billion pounds of food waste, or the equivalent of $25 billion. But a local movement is underway to show that when it comes to food, trash is actually pretty tasty.
Listen now to WTOP News WTOP.com | Alexa | Google Home | WTOP App | 103.5 FM

Every time a table was cleared inside the dining room at Equinox in Northwest D.C., restaurant co-owner Ellen Kassoff would cringe.

“If you stood there one night and watched what dishwashers typically scrape into the drain, you’d be mortified,” Kassoff said about all the remaining bits of food that go uneaten during lunch and dinner service.

The food coming back to the kitchen at Equinox is not a comment on chef Todd Gray’s cooking — the Connecticut Avenue restaurant has been a fine-dining destination in D.C. for 20 years and has served several presidents and notable figures. Rather, it’s a reflection of a culture accustomed to wasting food.

In the U.S., 30 to 40 percent of all food is wasted, according to the United States Department of Agriculture. In 2010, this amounted to 133 billion pounds and $161 billion worth of food. And the country’s restaurant industry is a big contributor to these figures.

ReFED — an organization of private, nonprofit and public-sector leaders committed to reducing food waste — reports restaurants in the U.S. generate 22 billion pounds of food waste annually, or the equivalent of $25 billion.

“We’re just throwing away $25 billion worth of food,” Kassoff said.

But if all goes according to plan, next year’s numbers will be a bit lower. Recently, Kassoff and Gray started working toward a “zero waste” goal at Equinox. Now, dinner dishes are no longer cleaned over a trash can; they’re emptied over a compost bin, which eventually gets distributed to farmers in the area. And food that previously may have been considered “trash” (carrot peels, strawberry hulls, etc.) are being incorporated in the restaurant’s menu.

“So I think it’s an economic decision; it’s an environmental decision; it’s a new way of thinking about cooking,” said Kassoff, who, over the years has worked to make Equinox more planet-friendly with a growing menu of plant-based dishes.

To showcase how “trashed” food can become tasty, Kassoff, Gray, and a handful of local chefs and artists will host an interactive #NotWasted Earth Day dinner on April 22 at Culture House. Expect dishes such as fish-bone tacos and broccoli-stem stir fry. Plus, a panel of culinary experts leading D.C.’s food waste movement will be on hand to discuss best practices for rethinking menus and reusing previously discarded ingredients.

Kassoff said in recent years, she has noticed a slow shift in how consumers and chefs approach food waste and adapt it into their cooking. Dan Barber’s successful 2015 wastED pop-up in New York proved that food waste fits into fine dining. The three-week scrap-based experiment also demonstrated that lowering the carbon footprint can start in the kitchen. (Food waste is the single largest component going into landfills, which are the third largest source of methane in the U.S., according to the USDA.)

But still, Kassoff said, more needs to be done.

“And it’s baby steps. We’re not going to change the world over night, and we understand that,” said Kassoff, who plans to hold more #NotWasted dinner events throughout the year to continue to raise awareness around food waste with diners and chefs.

“And I think most chefs in the D.C. area are up for the challenge once they learn and understand more about it.”

Tickets to #NotWasted are $55 in advance and $65 at the door. More information on the event is available on Equinox’s website. 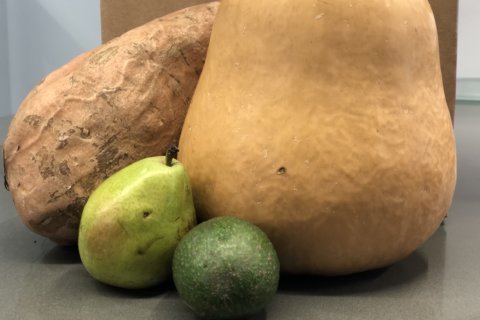