On Rye changes the face — and taste — of the Jewish deli

WASHINGTON — One simple question had a profound impact on Ilyse Fishman Lerner’s career.

“How do you make babka the kind of food that you could eat on a Tuesday?” the 31-year-old asked herself.

Until recently, the Boca Raton, Florida, native associated the traditional Jewish bread with something that’s put on the table when family is visiting, “and everybody sort of picks away at it,” she said.

It turns out, all babka needed to go mainstream was a little gelato.

Lerner has been selling her babka ice cream sandwiches — dubbed “dreamy” by The Washington Post — all summer at the On Rye pop up at Nationals Park. The good news: They’ll be available long after baseball season ends, since On Rye is opening a permanent shop in Chinatown later this year.

Similar to the babka makeover, Lerner plans to breathe new life into Jewish deli classics at On Rye. The meats will be light on salt and the menu will be heavy on vegetables — “which you might not always find in your traditional deli,” she said.

“We want to be the food that you can eat several times a week, guilt-free.”

Lerner hasn’t always been in the sandwich business. Like many others who crossover into D.C.’s creative community, she is a former lawyer with a rooted interest in food. In law school, she studied topics such as wine law and food truck law. She even shadowed a restaurateur for a year to learn as much as she could about the industry.

“I caught the bug and always had that in the back of my mind that this could be something that I really could make the transition and make it work,” Lerner said.

Her decision to open a modern Jewish deli with her husband, Jonathan Lerner, was an easy one.

“It was the food I grew up eating. I consider it comfort food, a little bit nostalgic. It’s crave-able, it’s hearty, it’s delicious — it’s an extension of me,” she said.

But instead of noshing on grandma’s recipes, Lerner wants to put an updated spin on the classics.

“[It’s] things that are fun and a little bit different, but still a nod back to the traditional past,” she said.

For example, the Reuben will be made with sous-vide Wagyu corned beef. There will also be a veggie-only option, made with charred broccoli and portobello mushrooms.

“The concept of a Reuben can be expanded, I think, beyond just your traditional corned beef and pastrami,” Lerner said.

On Rye is in the process of applying for a beer and wine license, and deli purists, fear not: Egg creams will also be on the menu.

“It’s a nod to the traditional soda fountain drinks of the past,” Lerner said.

On Rye’s shop is currently under construction, but Lerner says it’s a safe bet to assume the deli will be open by the end of the year. 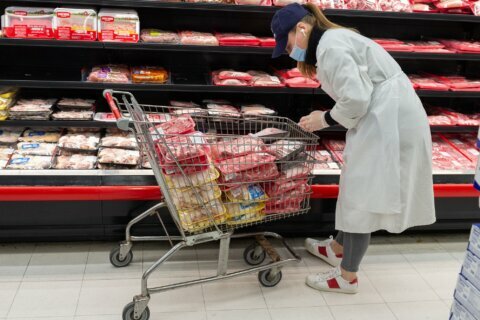