The chocolate chip cookies that come out of this oven are so much more than a chewy confection — they’re a symbol of a second chance.
Listen now to WTOP News WTOP.com | Alexa | Google Home | WTOP App | 103.5 FM
download audio
August 9, 2022 | A bakery with a mission as sweet as its cookies (WTOP's Rachel Nania)

WASHINGTON — The chocolate chip cookies that come out of the oven at the Downtown Baptist Church in Alexandria, Virginia are so much more than a chewy confection — they’re a symbol of a second chance.

Two years ago, Colida Johnson, 37, came to the church’s kitchen with a felony on her record and a painful past riddled with sexual abuse. She wanted to work in the food industry, so her parole officer suggested she enroll in Together We Bake, a program that teaches job skills to formerly incarcerated and/or homeless women.

The program is the brainchild of Virginia residents Stephanie Wright and Tricia Sabatini. In 2012, the running partners decided to combine their backgrounds in social work (Wright) and baking (Sabatini) to help women get back on their feet.

Together We Bake is part-job, part-school. Women gain hands-on experience with running a business by keeping inventory, cranking out batches of homemade cinnamon pecan granola and chocolate chip cookies, and packaging the goods to be sold at the Alexandria Whole Foods Market. They also study for their ServSafe certificate, a credential that makes it easier to land a higher-paying position in the food industry after graduation.

But most importantly, they take classes in personal development.

“That’s really just helping these women realize that they are worthy of a second chance,” Sabatini said. “It’s helping to build their self-confidence, self-esteem … trying to tell them that they have the power to change and they can do whatever they want.”

Johnson, an Alexandria resident and mom of three, says she was initially attracted to the program for the baking aspect, but was pleasantly surprised by the focus on individual growth.

“I didn’t know what all the program entailed,” she said. “I went through my whole life not talking about [being raped and molested], and when I came here, it was the first time that I opened up about that, so I kind of got therapy while I was doing the program.”

Johnson isn’t the only one. 65 percent of the women who participate in Together We Bake have a history of trauma or abuse. Because of this, Sabatini says personal development is key to each woman’s success.

“That is the real purpose of the program; it’s that we are all worthy, down to the core, we are all good,” she said.

Sometimes, all it takes for the women to come to this realization is a few minutes of yoga.

“If you’re coming out of the corrections system, you have a lot of appointments, a lot of things to get back in your life; most women have children and they’re too busy, so yoga is that peaceful time for us,” Sabatini said.

Each year, Together We Bake runs three eight-week sessions for 10 to 12 women who hear about the program through homeless shelters or the local jail.

“The word just gets out that if you are looking for something, if you have a gap in your resume and you haven’t been working, you can come work for us,” Sabatini said.

In addition to working in the kitchen and studying in the classroom, attendees are matched with volunteers outside of the organization who help with resume writing and interviewing techniques.

So far, 60 percent of the program’s 87 graduates are employed, and even more are staying on track.

Elizabeth Bennett, founder of Fruitcycle, recently merged her business with Together We Bake and serves as the organization’s director of partnerships. She says without any sort of re-entry support, the recidivism rate is 70 percent; Together We Bake’s is 8 percent.

“I think that speaks to the value of the program,” Bennett said.

Local businesses, such as Sugar Shack and Great Harvest Baking, have helped place graduates in jobs, and Bennett says the organization is always on the lookout for additional partners.

After Johnson graduated, she landed a job as a program assistant with Together We Bake. In her new role, she oversees baking instruction in the kitchen, runs the Del Ray farmers market stand on Saturdays and leads personal development sessions.

However, she says her most important responsibility is serving as a role model for other women who want to leave their pasts behind.

“It was really hard for me,” she said. “I always tell them that when I came here, I felt alone and lost and it was my second chance and a solid foundation for me to start over.” 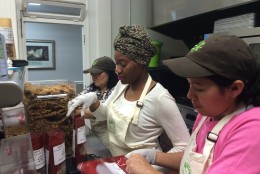 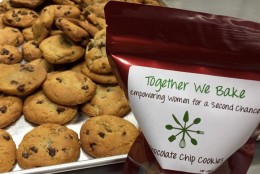 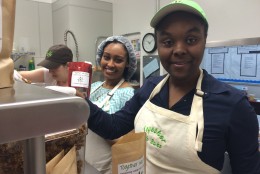 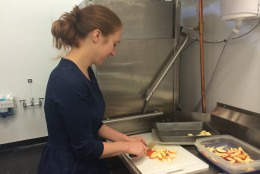 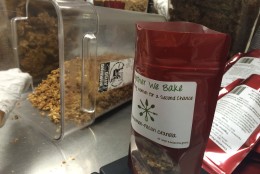 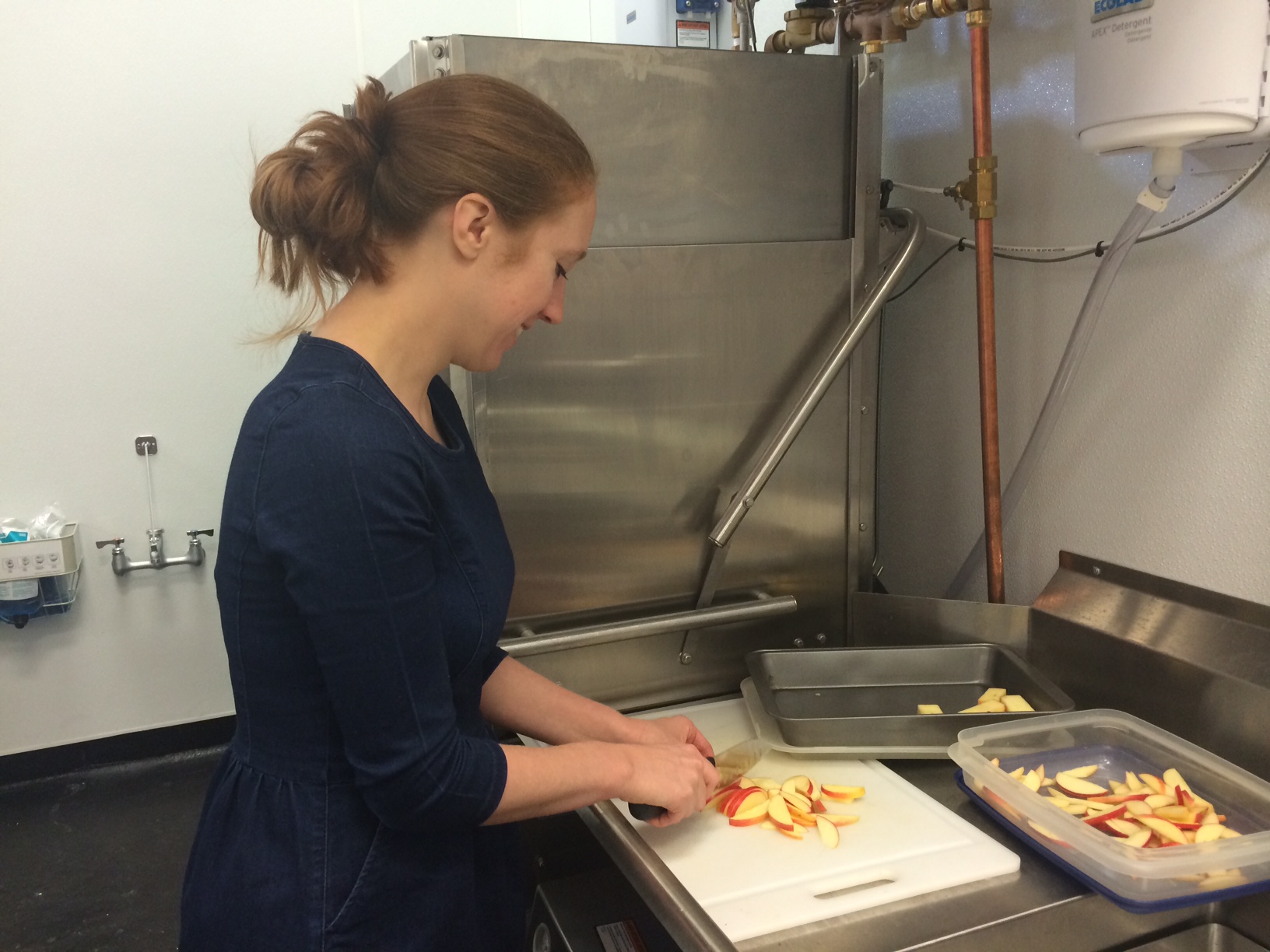