There’s no need for dumplings to be limited to restaurant dining rooms and takeout containers. You can make the bite-sized comfort food at home.
Listen now to WTOP News WTOP.com | Alexa | Google Home | WTOP App | 103.5 FM
(1/14) 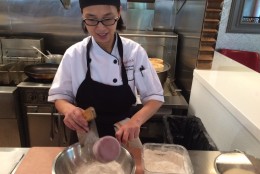 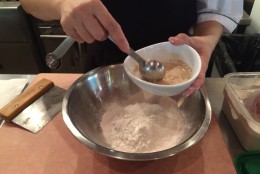 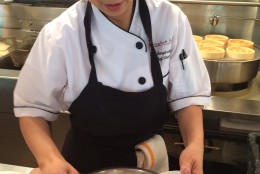 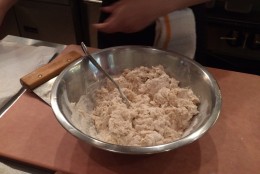 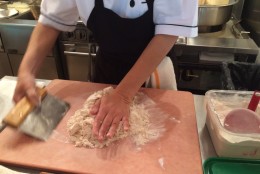 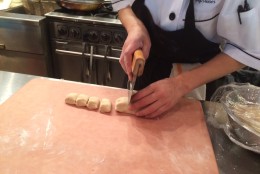 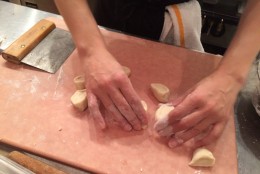 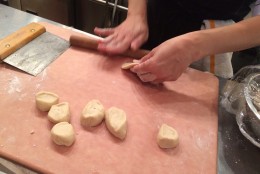 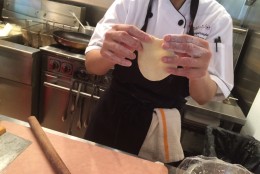 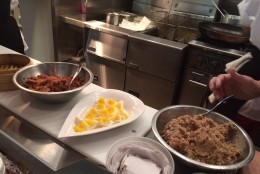 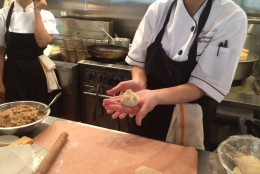 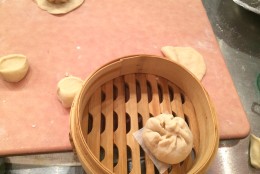 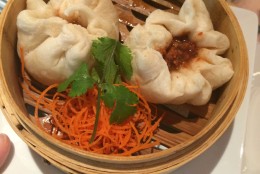 WASHINGTON — When Chef Aulie Bunyarataphan opened Bangkok Joe’s along the Georgetown waterfront in 2003, it was the only dumpling bar in town.

Thirteen years later, that is no longer the case. The number of dumpling hot spots in the District has skyrocketed to double digits, and the juicy bite-sized pockets are more popular than ever.

Let’s not forget what happened when David Chang announced he was bringing his beloved baos to the nation’s capital: The news sent the city into a frenzy.

What’s with all the dumpling love? Bunyarataphan says, what’s not to love?

“It’s a small bite, it’s easy to eat … kids love it, adults love it. I think it’s fun to share among friends. It’s a great food,” she said.

The dough-wrapped bites of meat and vegetables also tend to be inexpensive, ringing in around $1-$2 apiece.

Every country has its own version of the dumpling — Italy has the ravioli, Spain has the empanada and Poland has the pierogi — and Thailand is no different.

Bunyarataphan says nearby countries, such as Malaysia, Vietnam and India, have a heavy influence on Thai cuisine, and the dumpling draws its inspiration from China. That is why before opening Bangkok Joe’s, Bunyarataphan spent time working in a Dim Sum house to master her dumpling-making techniques.

Once she conquered the folding and wrapping skills, she added her own twist on the ingredients with traditional Thai flavors.

The free-standing dumpling bar at Bangkok Joe’s, which just reopened this spring after a short hiatus, serves 12 different dumplings — including winter squash pot stickers and larb duck dumplings — as well as a number of wontons and rolls. Two of the most popular items on the menu are the panang chicken bun and the Szechuan BBQ pork bun.

Unlike many of the buns out there, Bunyarataphan does not fold her baos over like a taco. She wraps the dough around the filling in a pinched-purse shape so that the meat steams and the juices stay locked in place.

“It’s a little bit more work on the prepping, but people like it,” she said.

There’s no need for dumplings to be limited to restaurant dining rooms and takeout containers. You can make the bite-sized comfort food at home. It isn’t the type of dish you want to tackle on a busy Monday night (the dough, itself, takes about an hour to come together), but it makes for the perfect weekend project.

“It’s not that hard; you just need a little bit of technique,” Bunyarataphan said.

Once you have the dough down, you can stuff the dumplings with any filling of your choice. Bunyarataphan says a typical Thai dumpling might include an iteration of chopped pork or chicken, mixed with oyster sauce, soy sauce, chopped onions, garlic powder and scallions. Vegetarians can opt for a combination of cabbage, carrots, shiitake mushrooms, garlic and taro root paste to bind it all together.

So break out your chopsticks and steamers: it’s time to get rolling.

In a large mixing bowl, measure out three cups of wheat flour.

In a separate, smaller bowl, activate the yeast with the sugar and warm water. Add the yeast mixture to the flour, followed by the milk and the oil.

Combine the ingredients with a fork until they come together. Transfer the mixture onto your countertop or cutting board and knead the dough until it’s smooth, about 10 minutes. You may need to add a little more milk or oil if the mixture is too dry.

Let the dough rest in a covered bowl for about 30 minutes, and then knead the dough again for 10 minutes.

Return the dough to the bowl and let it rest for another 15 to 30 minutes. It should puff up and have a softer appearance.

Cut the dough ball into quarters. Roll each quarter out into a log-like shape and cut the log into about 1-inch pieces.

Turn the pieces flat-side up, then take a rolling pin and flatten them out into small circles, one at a time. (Tip: Don’t make the circles too flat; it’s best if the middle is thicker than the sides.)

Next, add a small scoop of filling into the center of the dough circles. (You can find recipes for great fillings here, here and here). Using Bunyarataphan’s folding and twisting technique, wrap the dough around the filling.  (See the video on slide 11.)

Place the rolled-up buns on a small piece of parchment paper and continue wrapping the others.

Place the buns in a bamboo steamer and steam for about seven minutes, or until the filling is cooked through.