From the Middle East to the mid-Atlantic, dates make a comeback in D.C. 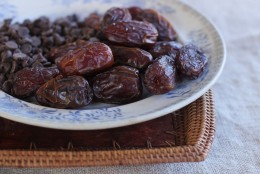 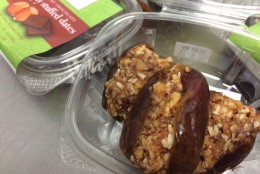 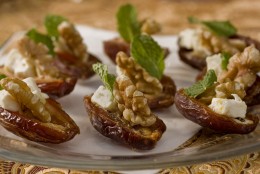 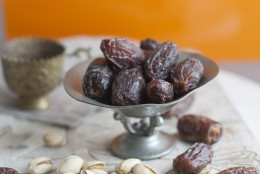 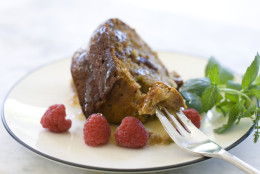 WASHINGTON — Julie Reynes is on a mission to bring back a snack that has become a bit dated.

While on a business trip two years ago in Saudi Arabia, the Alexandria, Virginia, resident walked into what she thought was a chocolate shop. As she got a closer look at the goodies on display, however, Reynes realized the decorated treats were actually dates, stuffed with cheese, nuts, citrus and chocolate.

“I was in heaven. I have loved dates ever since my mom made Betty Crocker date bars when I was a kid, so it just reignited that passion,” Reynes says.

Visiting the date shop was a defining moment for the former nonprofit CEO: It’s when Reynes committed to make the fruit a more popular snack in the D.C. area.

California, which is home to a number of date farms, has a robust “date culture,” Reynes says. The state is especially known for its date shakes.

“But on the East Coast, we think of them only during the holidays. I don’t think people consider dates in their normal day-to-day life, which I find surprising, because dates are so healthy and have been around for many years,” she says.

In 2014, Reyes tested her idea for a date business, called Julie’s Datery, at the Old Town Alexandria farmers market, where she sold out of her stuffed treats in a matter of hours.

Since then, Reyes has expanded. Out of a shared space in D.C.’s Union Kitchen, she pits and stuffs about 120 pounds of organic California dates each week, and sells her products in 25 area locations, including Whole Foods, Harris Teeter and Mom’s Organic Market.

Reynes’ dates come in several varieties, including almond-lemon, pistachio-orange and hazelnut-chocolate, which she likens to the taste of Nutella, only with fewer calories.

The healthy qualities of dates are a huge selling point, Reynes says. Dates are an abundant source of fiber and antioxidants, and they have more potassium than a banana. Plus, the natural sugars in dates are low glycemic.

“What that means is that it doesn’t spike your blood sugar. The energy from the date lasts over time,” Reynes says.

Despite their naturally sweet flavor and nutritional benefits, some still remain skeptical when it comes to stuffed dates. But Reynes is prepared for date disbelievers — she travels with plenty of samples.

“When people taste the dates, you can see their face change from kind of suspicious to, ‘Oh my God this is wonderful,’” she says. It’s a reaction the entrepreneur has even captured on Instagram.

“They say, ‘Oh my mom makes these at Christmastime, stuffed with walnuts and rolled in powdered sugar.’”

Julie’s Datery has grown significantly in just two years, and Reynes says she has no plans of slowing down. She’s moving to a larger space at Union Kitchen’s new Ivy City location when it opens in the next few months. There, she plans to ramp up production and feed a growing demand.

“I think our culture is starting to make the shift, and dates are a more [popular] ingredient at this point, but in terms of eating dates in various forms, I don’t think we’ve quite gotten there yet,” she says.

Where to find National Coffee Day freebies, deals and discounts