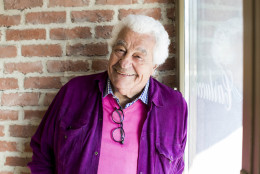 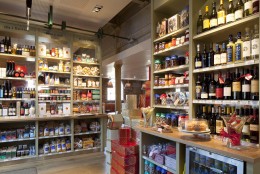 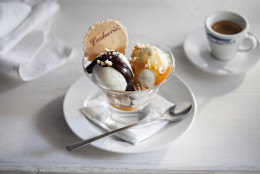 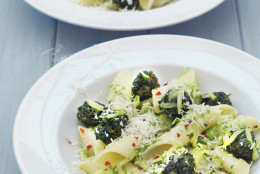 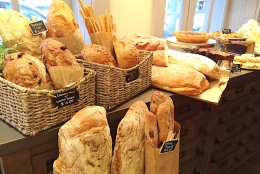 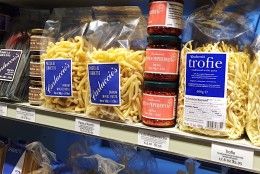 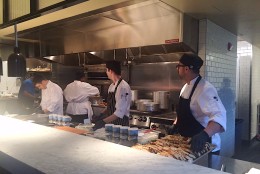 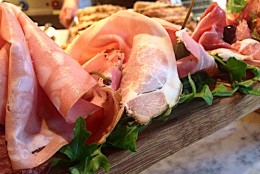 WASHINGTON — When Antonio Carluccio was walking from the stoop of his hotel in Old Town Alexandria to meet the trolley that would take him down to the final block of King Street, he was stopped by a police officer.

It was somewhat of a celebrity sighting for the policeman: His wife is from Dublin, which is home to a few of the more than 100 Carluccio’s locations throughout England, Ireland and the Middle East, so he was well acquainted with the Italian market and café.

Spotting Carluccio on King Street isn’t a rarity, though. He’s been back and forth between Old Town and London for more than a year, gearing up for his first Carluccio’s location in the U.S. at 100 King Street.

Simon Kossoff, chairman and founder of Carluccio’s, says the company looked for locations up and down the East Coast, but chose to launch in Alexandria because of the area’s similarities to home.

“In the end, we preferred the demographic in Washington. For somebody coming from the UK, it feels quite European,” Kossoff says. “This is the biggest opportunity we’ve tried.”

Carluccio, who is originally from a town close to the Alessandria province in Italy, says choosing Alexandria for his stateside debut just seemed right — even if the location for the artisanal-focused market and restaurant is rumored to be cursed.

It’s hard to buy into such evil superstitions, however, when baskets of fresh-baked loaves of crusty bread and piles of meringue call to passers-by from the window of the 7,000-square foot operation.

In the market entrance, a counter filled with Italian cheeses greets customers, and imported specialty oils, vinegars, wines and pastas line the walls.

“The authenticity is 300 percent, not only 100 percent, because it’s my sort of philosophy that Italian food is only very, very good when the products are very good,” says Carluccio about the products sold in his market.

Kossoff adds: “A lot of the people who make these products are families, rather than factories.”

To the left of the market’s entrance is the restaurant, which serves breakfast, lunch and dinner. Diners can expect to see menu items ranging from a colazione (eggs, grilled smoky pancetta, sautéed mushrooms, tomato and toasted Italian bread) on the breakfast menu, to bresaola with arugula and shaved Parmesan on the antipasti menu, to spaghetti alle vongole in bianco (Neapolitan spaghetti with whole fresh clams, garlic, herbs and chili), osso buco and swordfish on the dinner menu.

“It’s very simple Italian food based on quality of product, rather than fancy, difficult cooking; it’s simple pastas and grills and salads. It’s not intended to be expensive. It’s intended to reach to really good quality ingredients,” Kossoff says.

There’s also an impressive dessert menu, as well as an expansive list of coffees, craft beers and wines. The CEO to the U.S. Carluccio’s Cory Waldron says there will soon be a take-away lunch option, with a menu of Italian sandwiches.

Diners can choose to sit on the more casual first floor of the restaurant, or the second, which includes eight seats at the bar of the open kitchen and a mural wall of Florence’s skyline.

CEO Waldron says while this is the first U.S. location for the UK-based restaurant, she does not see it being the last. In fact, The Washington Business Journal reports a second location is already underway for Rockville’s new Pike and Rose development, and more could come in the not-too-distant future.

But Carluccio says the brand’s expansion across the pond is not about making more money — it’s about sharing his passion for simple Italian cooking.

“Italian food is to please people, not just to make money with,” he says. 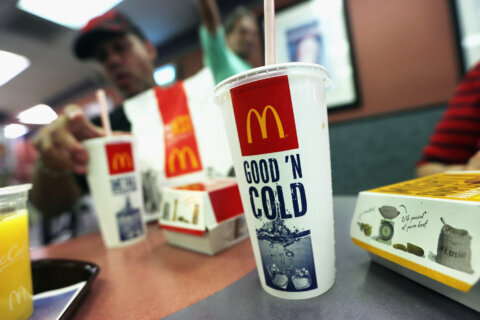 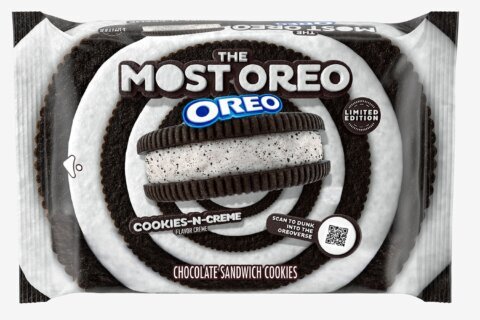