WASHINGTON — The Fairfax County Board of Supervisors adopted a “One Fairfax” policy earlier this week, which aims to reduce inequities by forcing government agencies to consider racial and social inequality when adopting new policies or providing services.

Codifying a resolution adopted last year, the measure carried support from nine of the 10 supervisors, with the other abstaining.

“This is singularly the most important thing that we can possibly do,” said Supervisor Jeff McKay ahead of the vote. “Inequities exist in this county, period. And I don’t find many people denying that.”

The new policy seeks to ensure that no group, be it a federally-protected class or otherwise, be harmed at the expense of another.

“We know that we’re including everyone from our community in that policy,” argued Supervisor Cathy Hudgins, who helped craft the plan.

The policy orders the county to consider “the racial and social equity when planning, developing, and implementing policies, practices and initiatives.” It also applies to all publicy-delivered services in Fairfax County government and Fairfax County Public Schools.

Fairfax County isn’t the first local government body in the country to rally behind the idea, but Supervisor Pat Herrity argues there are a lot of questions he couldn’t get answers to, like “how they’ve defined and measured the success of these policies.”

Herrity also argued that the fiscal impact on the county is still unknown, at a time when the county has recently gone through budget tightening.

His other concern was that veterans aren’t specifically mentioned in the legislation, though McKay argued that vets often fall into other groups that are protected.

“Just because your particular class isn’t listed doesn’t mean it excludes anyone. In fact, it does just the exact opposite,” said McKay.

But Herrity believes that the policy, which he supports in philosophy and in spirit, is too vague to become etched in stone.

“As I said when I supported the One Fairfax resolution (which was passed last year), I support every one of our residents having equal opportunity to succeed,” said Herrity. “And I believe our county and staff is already committed to that, as am I.”

“That said, I can’t support a new government bureaucracy for a problem no one can quantify, and for which there are too few answers on details, measures of success, or financial impact.” 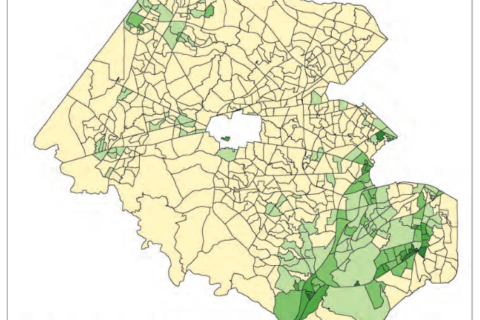 Fair housing in Fairfax County? Not quite, report suggests