WASHINGTON — The former Fairfax County Parks employee who stabbed a wedding party caterer to death in August 2016 has been found not guilty following a weeklong trial.

It was the second trial for Kempton Bonds, 20 of Clifton, Virginia, after a mistrial ended his first trial in July.

There was never any doubt that Bonds reached into his pocket and used a 3-inch folding knife to kill Tyonne Johns, 35, following the party in a Chantilly park. There were simmering disputes between Bonds and members of the wedding party, which escalated into an argument between Bonds and Johns over who owned the folding chairs that she was loading onto her truck.

“Miss Johns was the physical aggressor against Kempton Bonds by physically attacking him. Kempton was also the victim of an ongoing, lengthy and outrageous verbal assault and attack by multiple people from this wedding party that was all seen and heard and documented on a cellphone video, fortunately,” said defense attorney Peter Greenspun.

Prosecutors had argued that Bonds’ actions were unreasonable and not an act of self-defense. But Bonds’ lawyer countered that Bonds’ life was in jeopardy in the confrontation with Johns.

“Miss Johns attacked him; she strangled him,” Greenspun said.

The jury deliberated for more than two and a half hours before returning the not guilty verdict.

“Kempton Bonds is a fine, fine young man. I am thrilled for Kempton and his family that this ordeal is over with,” Greenspun said. 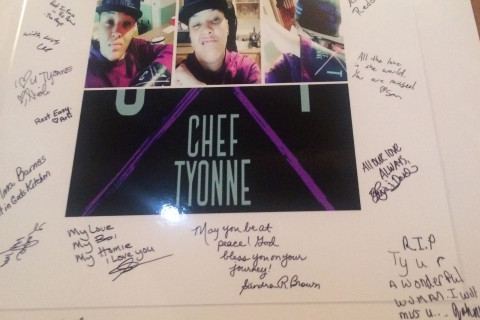