WASHINGTON — The cleanup and healing continues after during a chemistry classroom demonstration accident at W.T. Woodson High School in…

WASHINGTON — The cleanup and healing continues after during a chemistry classroom demonstration accident at W.T. Woodson High School in Fairfax County left five students and a teacher hurt Friday.

But now, experts want more done to prevent an accident like the one seen at W.T. Woodson High School from happening again.

“Any time you have hands-on learning there is a potential for some accident happening,” former Virginia State Superintendent for Public Instruction Dr. Jo Lynne DeMary told WTOP. “Schools have the responsibility to maintain a safe environment for students.”

“The rainbow experiment is designed to demonstrate to students that different metals will burn with different colors,” U.S. Chemical Safety Board member Kristen Kulinowski said. “This is the same phenomenon that gives fireworks its different colors.”

Unfortunately, it’s an experiment the agency has seen turn wrong too often.

“Typically, a small amount of metal powder is put into some kind of small bowl,” she told WTOP. Then methanol, or some other flammable liquid, is placed on top of it and then ignited.”

The demonstration runs as expected and then the flames start to die down.

“When the flame starts to die down, in order to keep the demonstration going, additional solvent is added to the bowl to reignite the flame,” Kulinowski continued.

“The problem is that causes what’s called a flashback in which the flame travels through air basically, through the vapor that’s being released by the larger bottle, into the larger bottle. As that liquid vaporizes from the fire, a large pressure is built up in from within the receptacle and it has to go somewhere. So, it goes out the narrow opening at the top of the bottle and effectively causes a flaming jet, which then results in the larger injuries.”

It has happened several times across the country, to the point that the agency produced a video highlighting the dangers and damage the Rainbow experiment has caused before.

“It’s usually a simple lack of understanding,” Kulinowski explained as the typical reason for an accident to happen. “I would put this down to the lack of training and a lack of awareness and say that anyone who is performing a demonstration before an audience should just do a simple web search to understand what the potential hazards are.”

The National Science Teachers Association says it has safety guidelines for working with chemicals in a classroom, like wearing goggles, gloves and aprons.

“There are OSHA regulations for safety procedures,” Dr. David Evans, National Science Teachers Association’s executive director, told WTOP in an interview Saturday. “The EPA has regulations for how hazardous materials are handled.”

But DeMary says teachers in Virginia are trained to be safe in the classroom.

“There is on-going staff development,” the former state schools leader said. “Fairfax County is particularly excellent at doing that, but there is state staff development as well. Teachers in this field are constantly exposed to ongoing professional development about the risks involved and making sure things are safe.”

But the U.S. Chemical Safety Board wants more to be done.

“We would recommend for greater training of anyone doing chemical experiments and chemical demonstrations,” Kulinowski stated. “People don’t receive training and therefore they don’t even know this is a potential issue.”

The agency itself can’t impose rules or regulations to make classrooms safer, but the board does say other groups are actively working toward more national standards. It would make recommendations and advocate for stricter guidelines.

“Teachers know what they should and shouldn’t use in the classroom,” DeMary noted.

But there are immediate issues to address after an accident like the one seen at W.T. Woodson.

After that, DeMary said the next step for the school system would be for leaders to understand what happened and work to make sure this accident does not happen again. 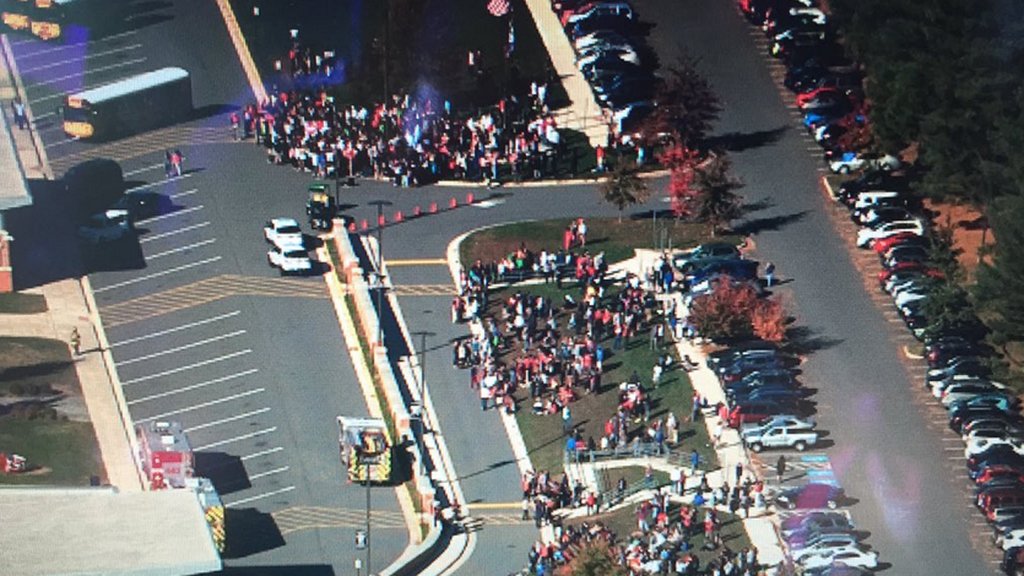