WASHINGTON — A newlywed couple is recovering well after they were rescued in critical condition from their burning Fairfax County town house earlier this week.

The wife has been released from the hospital. Her husband is still getting treatment and is expected to pull through.

“He is making strides and doing better,” Stephanie Twombly, a friend of the couple, tells WTOP.

She says the couple got married about a year ago.

The fire started early Tuesday at a home on Purple Sage Court in the Reston area of Fairfax County.

Investigators say the flames originated in the first-floor living room, but the exact cause has not been pinpointed yet.

Firefighters broke a window to rescue the couple, who had been sleeping on the second floor.

Two dogs and two cats died in the fire. A pet bird survived. They were all rescue pets.

“They lived for their pets. They rescued them, they did whatever they could, they took such good care of them,” Twombly says.

“It’s just a donation page for anybody that wants to reach out and kind of help them just to get back on their feet,” she says.

As of Wednesday evening, more than $12,000 had been donated.

Others are offering to donate food, clothing and other necessities.

Twombly says she will also use the GoFundMe page to provide updates on the couple’s recovery. 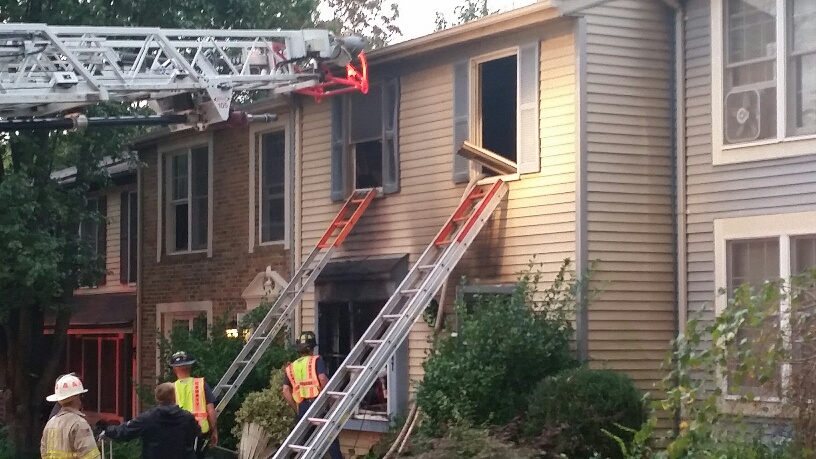 Reston couple in critical condition after being pulled from burning house