It will broadcast live on PBS from the West Lawn of the U.S. Capitol at 8 p.m. Sunday.

“I’m so glad that we’re back live on site in front of the Capitol,” co-host Joe Mantegna told WTOP. “We’ve had to do it virtually the last couple of years, I still think we did a good job of putting the show together, but it’s nice to be back. That’s the seat of our government.”

“Memorial Day is the most important holiday we have in this country because it allows us to have all of the other holidays,” Mantegna said. “It’s great to have BBQs and watch the Indy 500, but if you carve out 90 minutes to watch the concert, you’ll come away with that whole feeling of, wow, this is why this is a special day. You’ll have a greater appreciation.”

“I’ve had people tell me they never miss it, it’s something they watch every year,” Sinise said. “I’m in the military community all the time doing events, support, providing sources. A lot of our military members and families know about this concert. It’s very special to them. … Every year we say to each other at the end, ‘That’s the best one we’ve ever done.'”

It truly is a year-round commitment for Sinise through the Gary Sinise Foundation.

“We started in 2011,” Sinise said. “We’ve raised hundreds of millions of dollars from the generous American people who want us to pass that generosity on to the men and women who serve our country. … We build homes for our wounded, provide services for Gold Star children who have lost a mom or dad in military service, there’s just multiple initiatives.”

“It’s a wonderful story,” Sinise said. “You meet somebody who really just wants to serve and be a great military leader, he gets that cut out from under him, losing his legs in battle, dealing with post-traumatic stress … alcohol abuse … but he’s lifted again toward the end, he’s successful, moving on in life, standing up on new legs and he’s going to make it.”

“Most of the movies that had come out, ‘The Deer Hunter,’ ‘Coming Home,’ ‘Casualties of War,’ ‘Platoon,’ ‘Apocalypse Now,’ you don’t feel like the Vietnam veteran is going to be OK,” Sinise said. “Along came ‘Forrest Gump’ and now we have a story of a Vietnam veteran who can put that all in perspective, stand up again and move on in life.”

He wants our real-life service members to find that same inner peace.

“We want them to be like Lt. Dan, to come home from war and feel OK and be alright.”

Find out more about the National Memorial Day Concert in our FAQ. 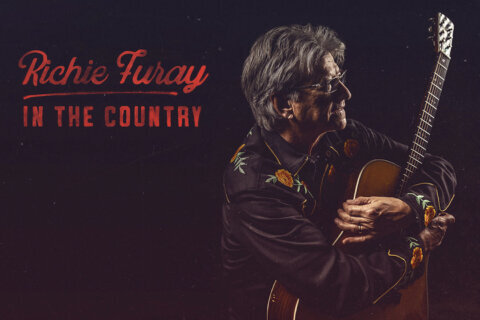