All Elite Wrestling airs its "Double or Nothing" pay-per-view this Sunday in Las Vegas. AEW President and CEO Tony Khan joined WTOP to get jacked up for the big event.
Listen now to WTOP News WTOP.com | Alexa | Google Home | WTOP App | 103.5 FM

All Elite Wrestling airs its “Double or Nothing” pay-per-view this Sunday in Las Vegas.

AEW President and CEO Tony Khan joined WTOP to get jacked up for the big event.

“Tonight is the last stop on the road to ‘Double or Nothing,'” Khan told WTOP. “Tonight on AEW ‘Rampage’ on TNT we’ve got some great action to lead up to a big weekend of pro wrestling. We’ve got Bryan Danielson wrestling versus Matt Sydal. Danielson injured his ankle last week … and we’ll see if he’s 100% going into ‘Anarchy in the Arena’ [Sunday].”

The Anarchy in the Arena match goes down at “Double or Nothing,” featuring Chris Jericho’s Jericho Appreciation Society vs. Danielson, Jon Moxley, Eddie Kingston, Santana and Ortiz.

Sunday’s event will also feature the finals of the inaugural Owen Hart Cup Tournament featuring Samoa Joe versus Adam Cole in the men’s finals and a women’s finals TBD.

“It’s a great thing that we’re able to honor the legacy of the late great Owen Hart,” Khan said. “His family was very kind to allow us to use his name and likeness to do tribute to him with this tournament. It’s been awesome. … The table is set for a great tournament finals. … Samoa Joe vs. Adam Cole is a match that’s never happened. It’s a dream match.”

Another dream match is The Hardy Boyz vs. The Young Bucks in tag-team action.

“That’s going to be a wild match,” Khan said. “To see The Hardyz vs. Young Bucks on PPV finally, two of the great tag teams of all time is something I’m personally looking forward to. I love tag-team wrestling and these are two of the greats, two hall of fame tag teams clashing on the biggest wrestling event of the year, you can’t beat it, it’s just awesome.”

It all culminates with the main event as CM Punk challenges the AEW Champion, “Hangman” Adam Page, who won the title from the great Kenny Omega back in November.

“Fan favorites are going to collide, two of the best in the sport, two of the most beloved heroes in all of pro wrestling, it’s a dream match people never thought they’d see,” Khan said. “A year ago, Hangman Page was working his way up the ladder, people wanted him to beat his old partner Kenny. … Since then, Hangman Page has been a great champ.”

He now faces a beloved folk hero in CM Punk, who built a powerful “cult of personality” before dropping a “pipe bomb” to leave WWE in 2014, only to join AEW in 2021.

“CM Punk sat out of the sport for seven years while the fans called for his return,” Khan said. “One of the best things we’ve done is bring CM Punk back to pro wrestling. Not just coming back to visit, he’s been fighting every week. … We would’ve rolled out the red carpet … but that’s not what he wanted. … He worked his way to the top as the No. 1 contender.”

While AEW convinced CM Punk to leave WWE, Cody Rhodes just left AEW to return to WWE at WrestleMania, reviving a ratings war like the old days of WWF vs. WCW.

“The most important thing is for wrestling fans to get great shows every week, so I try to concentrate on AEW and how we can make the best wrestling matches,” Khan said. “We just celebrated the three-year anniversary of the company on May 25. ‘Double or Nothing’ is where it all began. … It all started in D.C. with the original episode of ‘Dynamite.'” 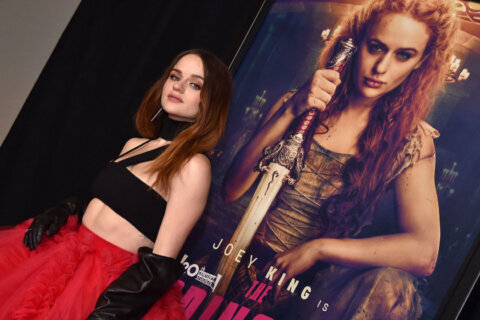