George Washington University graphic design students are in for a real virtual treat.

DreamWorks animator Radford Sechrist will give a remote lecture on Tuesday at 7 p.m. for Corcoran School of the Arts & Design students and alumni that’s open to the public.

“DreamWorks came to me and was like, ‘Would you like to give these lectures at different colleges around?’ and I thought that’d be a lot of fun,” Sechrist told WTOP. “I love any chance I get to kind of teach and talk about storyboarding and animation with students.”

Sechrist is the creator of the Netflix animated series “Kipo and the Age of Wonderbeasts,” which delivered Season 1 back on Jan. 14 and will soon roll out Season 2 on June 12.

“It’s kind of like ‘Walking Dead’ but instead of zombies, everything trying to kill you is adorable,” Sechrist said. “It’s like a fun post-apocalyptic show where animals mutated.”

Expect plenty of crazy creatures along the way, some voiced by celebrity guests.

“You’ll come across this group of cats that talk and are like 6 feet tall and wear plaid shirts and carry axes [or] a group of wolves that [are] really into science,” Sechrist said. “We actually got GZA and John Hodgman to play the wolves and they rap about the universe.”

The animation approach is more of an animé style similar to “Spirited Away” (2001).

“I was drawing on a placemat at a sushi restaurant in Burbank with a friend who was showing me the way he drew on ‘Road to El Dorado’ or something where they all learned this different way of drawing where it was that more scratchy, sharp kind of style,” Sechrist said. “I was just like, ‘That kind of looks cool! I should start drawing like that now.'”

It was a change from the rounder images he drew growing up in Orange County.

“I drew a lot growing up,” Sechrist said. “I had a couple of Disney books with animators’ sketches. There was one in particular, a Freddie Moore drawing of Donald Duck, and I remember just staring at the sketch like, ‘Man, I wanna do that,’ and it never left me.”

He considered going to college for animation but was dissuaded by industry insiders.

“I graduated high school like ’99 and I was gonna go to animation school,” Sechrist said. “It was right when ‘Toy Story’ came out and a lot of the 2D animators all got laid off. One of them goes, ‘It’s done, man. Animation is done. It’s gone. Don’t go to school for it ever.'”

Instead, he studied mechanical engineering at the University of California, Santa Barbara, where his senior year, he began drawing for weekly comic strips and comic books.

“It was more inspired by like ‘Calvin and Hobbes’ and newspaper strips,” Sechrist said. “My buddy was making a comic book anthology called ‘Slight.’ … We got published through Image and then Random House. … I was like, ‘Wait, there’s still work. You can still draw for a living.’ So after I graduated, I moved down to L.A. and tried to get into animation.”

“It was a blast,” Sechrist said. “A lot of the people I worked with had gone to art school, so by the time they got in, they were almost burnt out on drawing. I was staying all weekend and all night and I’m like, ‘Do you have extra scenes? I’ll do anything!’ I’m like running around asking animators for tips. Everyone was so happy to show me the ropes.”

After pitching shows for seven years, he finally sold his first movie, “The Butter Thief.”

“It never got made … but that cracked open the door,” Sechrist said. “‘Kipo’ was the one I was actually most excited about because it was a fresher, newer property. … It was nice that they paired me up with Bill Wolkoff, who had a lot of TV experience in writing scripts.”

Now, it’s time for him to share his own experience with students at GW, just one of his regular mentoring gigs, including the California Institute of the Arts, Academy of Art University, Concept Design Academy and the Los Angeles Academy of Figurative Art.

“When you’re in school, you don’t know how these things get made,” Sechrist said. “How do you get from creating an idea to actually taking it out and getting involved with a studio? I just talk through my history, how we made the show ‘Kipo’ and the day to day work.”

Landing him was a big coup for GW Assistant Professor of Graphic Design Sara Jamshidi.

“We have a really good relationship with the media firm that represents DreamWorks,” Jamshidi told WTOP. “Whenever they have artists, designers and animators on tours, they definitely stop at Corcoran GW. … It’s a series of events that we have every semester.”

The Webex event will allow students to engage him in conversation.

“These calls are the best way to have a window into the life and behind the scenes of these wonderful creators,” Jamshidi said. “It starts from ideation, creating storyboards, creating the characters and working on the narrative. We always look forward to when we have a professional practitioner coming in, showing their work and sharing their process.”

“Our students who went back home to China, Korea, Hong Kong and other places can join the call,” Jamshidi said. “After spring break, we didn’t have in-person classes anymore. … Everyone was joining the classes from their bedroom, backyard, living room or kitchen.”

In normal times, the celebrity guests might also visit in person.

“The artists and visitors would come in and join us for coffee and snacks before the talk,” Jamshidi said. “That’s usually the most interesting thing for the students when they can have informal conversation … so I really hope we go back to in-person soon.”

For now, a virtual call is the next best thing.

“It will be interactive,” Jamshidi said. “There are some questions already submitted. There will be time for a Q&A and a chat session that people can contribute, ask questions or just share information with all of the participants and moderators at the same time.”

If you’d like to participate in the virtual conversation, please email: corcnews@gwu.edu.

“Get your questions ready,” Sechrist said. “Someone will tell you, ‘No one will ever buy this kind of show’ or ‘They’ll only buy it if you do this certain thing.’ Those trends change so much that if you just do the thing you’re 100% passionate about, you never know, that trend might shift to the thing you’re into and then, boom, you’ve got the best version.” 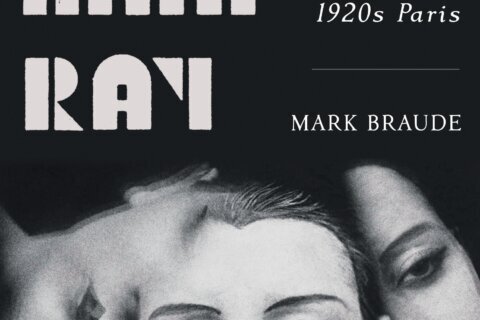 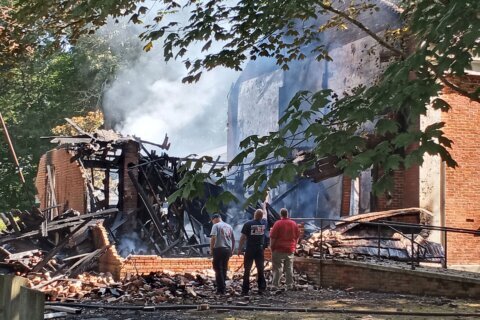 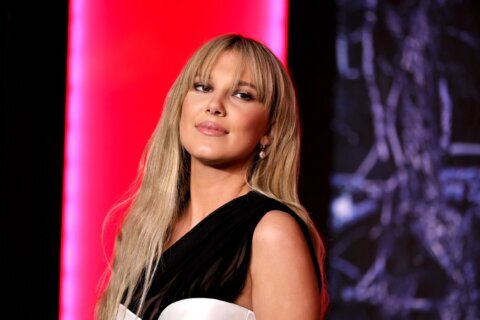