There's been a lot of heated rhetoric, especially from the president, about watching the polling places as the election continues. If you're thinking of doing it, know the rules. In D.C., Maryland and Virginia, there's one common thread.
Listen now to WTOP News WTOP.com | Alexa | Google Home | WTOP App | 103.5 FM

During Tuesday night’s debate with former Vice President Joe Biden, President Donald Trump, in an effort to cast suspicion on the integrity of the election, said, “I am urging my supporters to go into the polls and watch very carefully, because that’s what has to happen.”

Such talk before Tuesday has already led to Trump supporters rushing willy-nilly to voting sites in Philadelphia, demanding to be let in without credentials (an incident misrepresented by Trump on Tuesday night), and Trump’s son, Donald Trump Jr., making a video saying, “We need every able-bodied man [and] woman to join an army for Trump’s election security.”

If you’re thinking of watching the polls at an early voting site or on Election Day, know that there are rules, and a process you need to go through to be authorized.

In D.C., Maryland and Virginia, the rules have several common threads, perhaps the most important one being: You can’t just decide to do it on your own.

Maryland law allows people to be accredited as “challengers and watchers,” but you have to be a registered Maryland voter and you have to be given a Challenger and Watcher Certificate by the State Board of Elections, a candidate, or a campaign or a group organized as a political committee under Maryland election law. You can’t simply make one on your own.

Once you’re accredited, there are rights and rules.

No phones, cameras or laptops are allowed.

You have the right to listen to interactions between poll workers and voters, and to see the total number of people recorded as voting, but the poll workers can decide where you can stand and when you get to see numbers, and they can pick a time when the polling place is not busy.

You can’t talk to a voter in the polling place or in the “no-electioneering zone” outside.

“Challengers and watchers cannot act as voter advocates or attempt to exercise political influence while in the polling place,” the Maryland rules say, and that includes clothing or signs that indicate a preference. “This is not the role of a challenger or watcher, and they will be removed from the polling place if they engage in these or any other prohibited activities.”

If you don’t have a Challenger and Watcher Certificate, all you can do is challenge an individual voter by saying you have a reasonable suspicion that they are not who they say they are — and you have to sign an affidavit to that effect under penalty of perjury. If the voter shows ID, or fills out the appropriate paperwork, you have to leave.

You can read all the Maryland rules, and get a blank Challenger and Watcher Certificate, on the Board of Elections site.

Between one and three representatives of each political party or candidate, all Virginia voters, can watch the election at each polling place. Poll watchers need a written statement from their city or county party chairman, or by an independent candidate. You can’t be the candidate.

As with Maryland, you can see and hear interactions between poll workers and voters, but you can’t get close enough to find out how someone is voting. You can’t assist voters — that’s a different job — and you can’t wear or display any indication of a preference for a candidate or party.

You can have a phone, but you can’t take pictures.

Here’s a rule book for Virginia poll watchers, including the forms you’ll need. It’s from Arlington County, but the first eight pages cite state law and don’t have anything specific to the county that wouldn’t apply elsewhere in the state.

The relevant Virginia law is here.

“While there are authorized ‘poll watchers’ who monitor polls on Election Day, their duties are clearly laid out, and they do not include what President Trump has suggested,” Virginia Attorney General Mark Herring said in a statement Wednesday. “Voter harassment and intimidation will not be tolerated in Virginia.”

District law allows a campaign to petition the Board of Elections for a certain number of poll watchers in each polling place.

The laws in each jurisdiction don’t say what the deadline is for applying to be a poll watcher.

WTOP has reached out to each board of election and will update this story when we hear back. 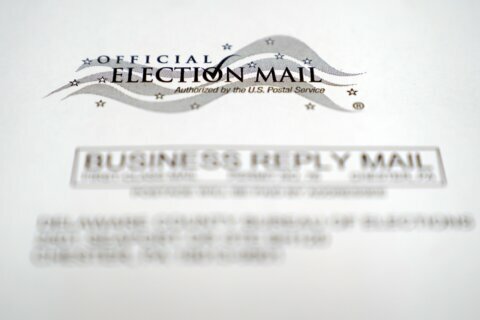 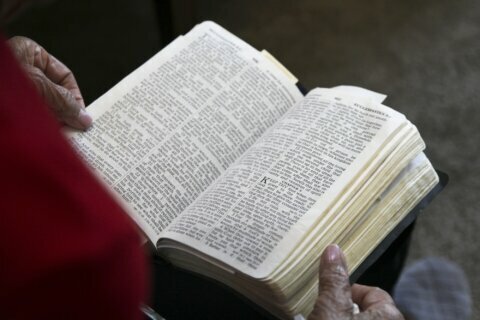 Some states allow ballots if voters die before Election Day