Voters in D.C. have made their choices for a handful of D.C. Council seats, including whether to return former Mayor Vincent Gray to the council, as well as deciding a ballot referendum on statehood for the nation's capital.
Listen now to WTOP News WTOP.com | Alexa | Google Home | WTOP App | 103.5 FM
(1/11) 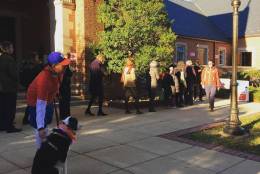 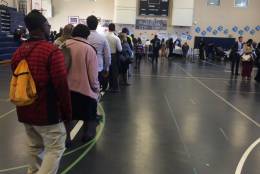 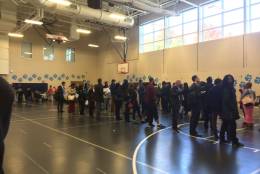 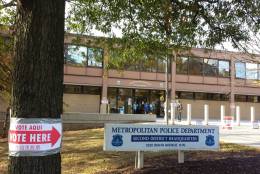 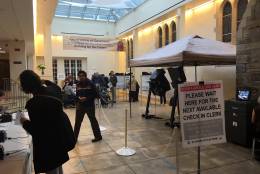 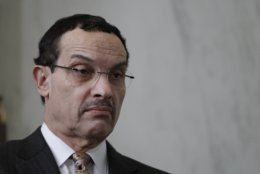 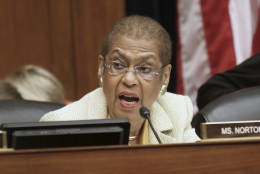 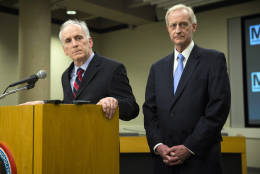 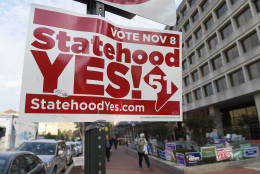 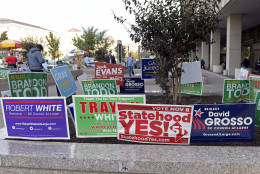 WASHINGTON — Voters in D.C. overwhelmingly approved a ballot referendum seeking statehood for the nation’s capital, and former Mayor Vincent Gray, who had been angling for a political comeback, is heading back to the D.C. Council.

The statehood effort on the ballot had garnered 86 percent support among voters. Fourteen percent of voters opposed the measure, which included a proposed state constitution that would have residents electing a governor, not a mayor, and a 21-seat state legislature instead of a city council. The constitution includes new borders for the proposed state, with the White House, the Capitol and the National Mall carved out as a separate federal enclave.

When statehood was last on the D.C. ballot in 1982, it was approved by voters with a much slimmer margin — 53 percent to 47 percent.

Still, the effort to turn D.C. into a state is far from a done deal. Congress must approve the measure. D.C. leaders have said they plan to press the case for statehood on a new president and new Congress in January, and having a voter-approved constitution is an essential part of that strategy.

The city’s mayor, Muriel Bowser, was scheduled to speak on statehood Wednesday morning.

Despite the presidential drama at the top of the ballot, there were few contested races in D.C. Many longtime public servants running for re-election — such as D.C. Del. Eleanor Holmes Norton and “shadow” Sen. Franklin Garcia — cruised to victory.

Gray won a seat on the council representing Ward 7 with 87 percent of the vote. Gray was ousted from the mayor’s office after losing the 2014 Democratic mayoral primary to Muriel Bowser amid a federal corruption probe. Late last year, federal prosecutors announced Gray would not face charges, and they were closing the investigation. Gray, who previously represented Ward 7, also served as council chairman.

Voters also weighed in on their choices for two at-large members of the D.C. Council.

Democrat Robert White, who defeated longtime council member Vincent Orange in the June Democratic primary, won a seat on the council Tuesday with 53 percent of the vote. He’s been serving on the council in an interim capacity since September, after Orange stepped down early amid controversy over a post he’d taken with the D.C. Chamber of Commerce.

Incumbent David Grosso, an independent who has served on the council since 2013 and chairs the education committee, won re-election as the second-highest vote-getter with 25 percent of the vote.

Both White and Grosso were heavily favored and had spent upward of $100,000 on their campaigns heading into Tuesday.

Three council races on the ballot were uncontested.

Ward 2 council member Jack Evans, who has served on the council since 1991, ran unopposed.

Brandon Todd, who won a 2015 special election to replace Bowser on the council after she won the mayoral race the previous year, ran unopposed in Ward 4.