Phase 2 of The Wharf in DC officially opens

The fifth anniversary of the grand opening The Wharf in D.C. was celebrated, but this anniversary was extra special for the city, as it also marked the long-awaited opening of Phase 2.
Listen now to WTOP News WTOP.com | Alexa | Google Home | WTOP App | 103.5 FM
(1/6) 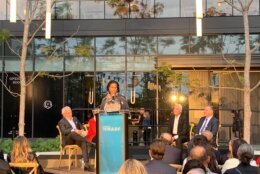 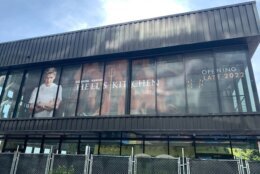 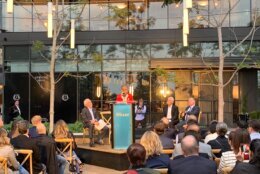 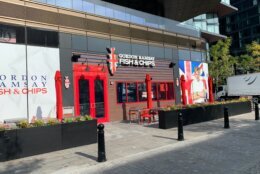 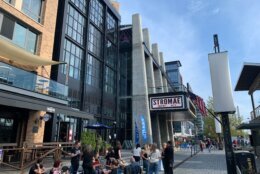 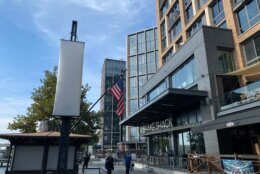 D.C. celebrated the fifth anniversary of The Wharf’s grand opening Wednesday night. However, this anniversary was extra special for the District as it marked the long-awaited opening of Phase 2.

“The project is one of the most significant and successful urban waterfront developments in the world,” said Shawn Seaman with Hoffman & Associates, the developer behind the waterfront community.

The new southern stretch of the community will include 1.15 million square feet of mixed-use spaces, including a marina, 255 apartments, 96 condominiums, 131 hotel rooms, 223 boat slips at the Wharf Marina, as well as tens of thousands of square feet of office and retail spaces.

“With Phase 2 of the Wharf complete, we now can celebrate the neighborhood’s revitalization,” D.C. Del. Eleanor Holmes Norton said.

Mayor Muriel Bowser said the new phase will help bring even more visitors to the city and put more money back into the hospitality, tourism and entertainment sectors.

When she was a child, Bowser said she spent a lot of time along the Southwest Waterfront because her father was a boater at the Washington Marina.

“It was very different then, and there are the good things about it,” Bowser said. “I think that we’ve worked hard to preserve, but underutilizing our waterfront has been a detriment to our city. And bringing it back has been a big boon.”

The new development will include The Pendry, a boutique hotel. Alan Fuerstman, the founder, chairman, & CEO of Montage International which owns the hotel, said this ends a very long search for the perfect place to put a hotel in the nation’s capital.

“We cannot think of a better destination than here at The Wharf,” Fuerstman said.

According to the developers, the Wharf saw 7 million visitors last year. Once all elements of Phase 2 are open, they expect the destination to bring in 10 million people next year.

Monty Hoffman, founder and chairman of Hoffman & Associates, said it will also bring in more than $90 million in tax revenue for the city each year.

“After 16 years, our journey is complete. We did it. We brought our vision to life,” Hoffman said.

While construction is still taking place at many of the Phase 2 businesses, most are expected to open by early next year.