Days after a lightning strike at Lafayette Square near the White House, the family of survivor Amber Escudero-Kontostathis raised more than $30,000 for her medical bills.

In an update on GoFundMe, family members said that Escudero-Kontostathis of Newbury Park, California, was working hard to recover from the shock.

“As an update on Amber, she was able to walk a few steps yesterday,” Alison Dobner, a friend leading the fundraiser, wrote on the page. “She is in a lot of pain but making progress every day! Her short term memory is getting better as well, which is great!”

The Washington Post reported that the victim was celebrating her 28th birthday Thursday, waiting for her husband.

Dobner said that Escudero-Kontostathis was beginning work on her master’s degree at John Hopkins University in the coming weeks as family members navigate medical costs.

“They have no idea how much this will all cost and how long medical therapies are going to last,” Dobner said in an update. “Amber also lives in an upper-level apartment with no elevator, so the family is still trying to figure out the long term care plan with the doctor and where her specialist are located so they can try to get her a ground level room.”

The updates come after three other victims — 29-year-old Brooks A. Lambertson of California and James, 76, and Donna Mueller, 75, a retired couple from Janesville, Wisconsin, — died from the lightning strike.

Police did not confirm any additional details on the fourth victim, though Escudero-Kontostathis’ mother reportedly identified her as revived by a U.S. Secret Service first responder using a defibrillator.

Chris Vagasky, a meteorologist and Lightning Data and Safety Specialist with the National Lightning Safety Council, noted that this was one of nearly 300 cloud-to-ground lightning flashes within one mile of the White House.

Glad to hear that Amber is recovering after the Washington #DCwx lightning incident.

Her shoes had no impact on her survival. What helped was the immediate first aid given by the Secret Service and Park Police. https://t.co/fkqAwaTe92

The organization noted that despite some reports of rubber-soled shoes aiding in her survival, it was more likely the first responders that made her survival likely.

“Her shoes had no impact on her survival,” the council wrote in a tweet. “What helped was the immediate first aid given by the Secret Service and Park Police.” 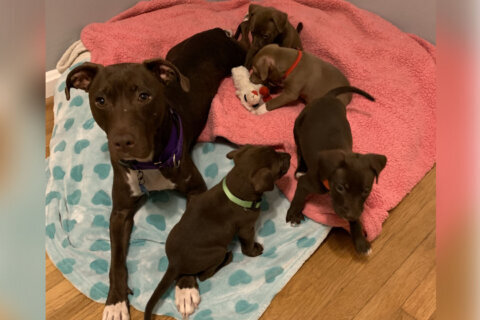