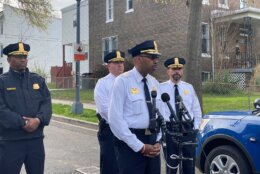 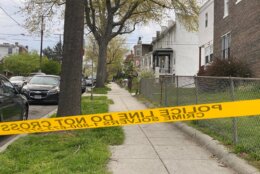 D.C. police shot and killed an armed woman in a special police officer’s uniform in Petworth, after they say she shot a neighbor early Saturday morning.

Upon further investigation, D.C. police learned that the armed woman was not a special police officer.

Around 6 a.m., D.C. Chief of Police Robert Contee said that officers arrived to Crittenden Street near Georgia Avenue in Northwest. There they found a woman who had been shot in the arm.

While they were administering first aid to her, Contee said that responding officers encountered another woman armed with a gun. The second woman was in a special police officer’s uniform at the time.

Contee said that the armed woman was “acting erratically” as they spent about a minute trying to get her to drop the gun and get on the ground. Responding officers ultimately shot and killed her.

Contee went on to say that when the responding officers came across the second woman, she was on the front porch of another person’s home and was smashing windows.

“We’re not exactly sure why that was,” Contee said.

He added that the two women were neighbors and were familiar with each other, but so far, Contee said police don’t have an answer as to why the second woman decided to shoot the victim.

Contee explained Saturday morning that a special police officer is a security guard who is commissioned by the city.

That morning, Contee said that the armed woman had recently started employment with a security company, but he went on to say that the name on her special police uniform did not match the identity that police associated with her during their preliminary investigation.

The shooting is still under investigation.

The police have not released the identities of either woman.

The shooting comes a day after a sniper shot four people in Van Ness Friday afternoon before shooting himself.

Below is the area where the shooting took place: