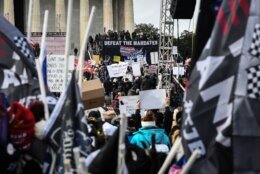 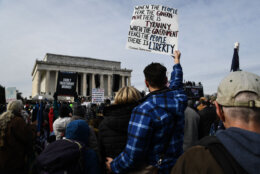 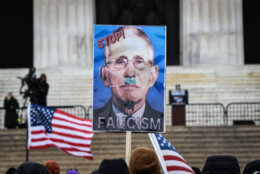 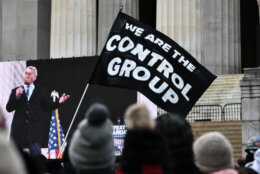 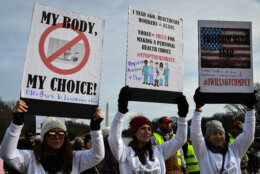 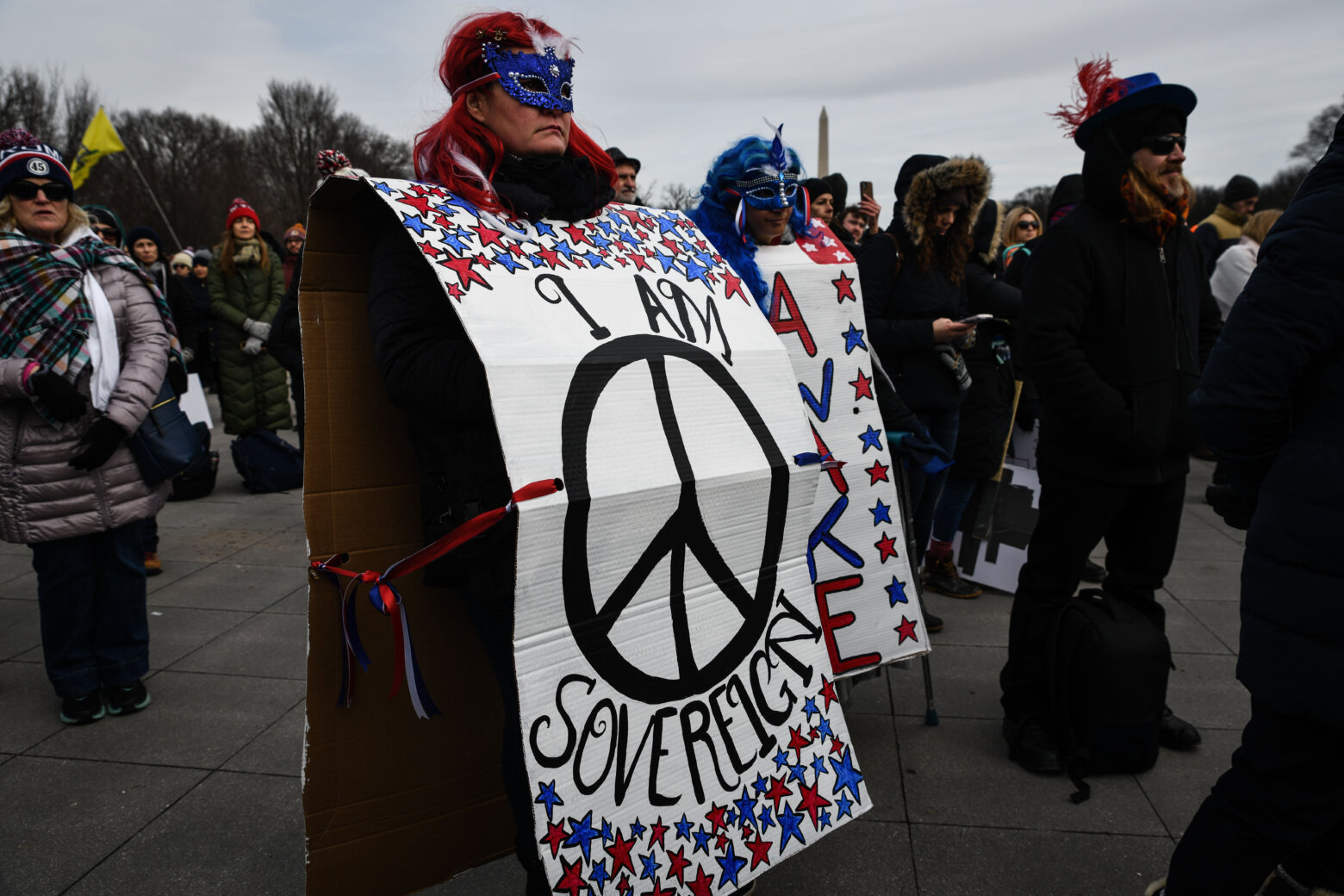 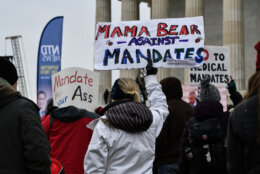 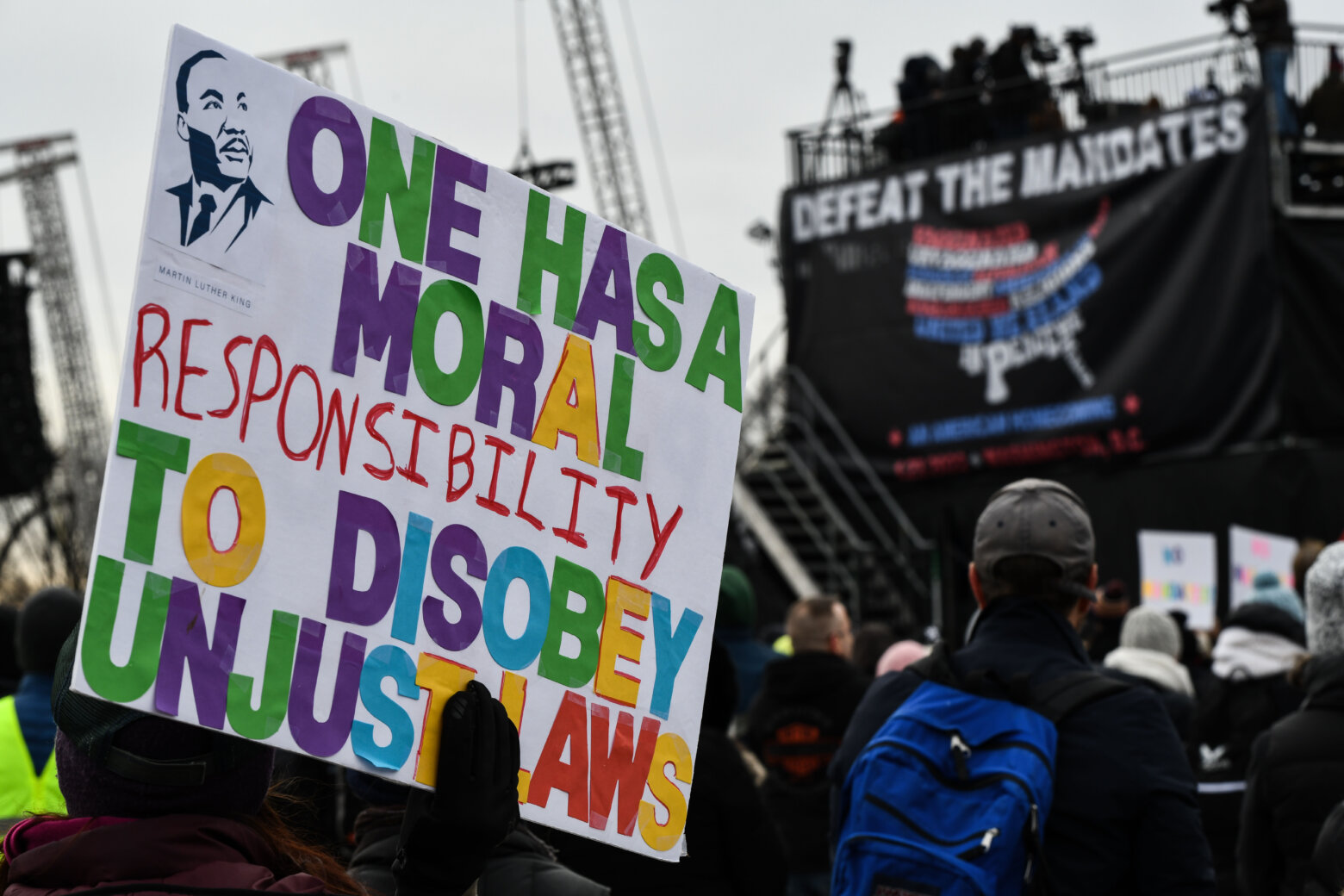 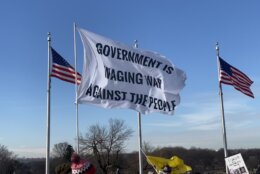 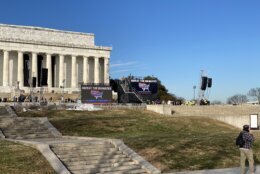 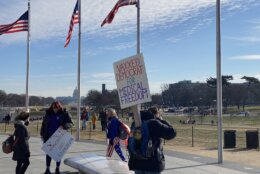 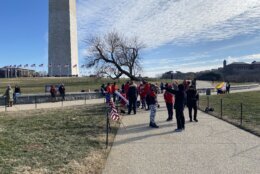 Thousands of people chanted “no more mandate” while marching in D.C. Sunday afternoon in protest of COVID-19 vaccine mandates and vaccine passports.

The Children’s Health Defense, a group sponsoring the “Defeat the Mandates” event, said they expected 20,000 people to participate in the mile-long march.

A look around the Defeat the Mandates rally taking place at the Lincoln Memorial. pic.twitter.com/u8oMkD0iLD

Protest organizers said mandates are un-American and called for an end to mass firings, “segregating” and calling Americans unpatriotic over vaccine status on the event’s website.

The website puts an emphasis on advocating for protecting freedom and both vaccinated and unvaccinated people marching in “peace.”

Protesters began marching at 11:30 a.m. from the Washington Monument to the Lincoln Memorial. The event website encourages those marching to stop at the war memorials on the route to “remember those who have sacrificed lives and loved ones so that America might be free.”

At noon, a variety of people gave speeches or performed including some in the entertainment industry, athletes, doctors and journalists.

Among the speakers was Paul Alexander, a health researcher and former Trump administration official. He said liability protections for vaccine companies should be dropped.

“If they want your child to take any of these vaccines, you stand up and say, remove liability protection,” Alexander said.

“They tell us to vaccinate ourselves endlessly and boost ourselves, even though that single strategy has failed, is failing and will continue to fail,” Cory said.

WTOP’s Luke Lukert said people traveled from across the country for Sunday’s march and carried signs that say messages like “we will not comply.”

Jeffrey and his brother traveled from Pennsylvania for the rally.

“If we follow the lines that we’re following today, we’re going back to a feudal two-class system,” Jeffrey told WTOP. “We have to break the line somewhere and America is the country where it can happen.”

Republicans weren’t the only ones at the protest, one man carried a sign reading “Vaxxed Democrat for medical freedom.”

“Left and right whatever a spectrum is, we can’t be forced to inject ourselves or our kids with something like this,” the protestor told Lukert.

Leading up to the protest

The event will take place about a week after D.C. instituted a vaccine mandate that requires patrons 12 and older to have at least one dose of the COVID-19 vaccine to enter many indoor venues, including restaurants, bars and gyms.

WTOP reported that D.C. police are on standby for the protest and are they prepared businesses for potential pushback.

The protest was announced by Dr. Robert Malone on Joe Rogan’s podcast at the end of December. Recently, Malone was banned from Twitter after sharing anti-vaccine falsehoods to his hundreds of thousands of followers, according to fact-checker PolitiFact.

Malone said he’s the inventor of mRNA vaccine technology and claimed to have sent the Food and Drug Administration proof that the spike protein in COVID-19 vaccines is dangerous, a claim PolitiFact called false.

Though the march in D.C. is the main event, some people on the event’s Facebook page are encouraging those who can’t make it to march in their own state capitals. The page has 15.7 thousand members.

U.S. Park Police will temporary close 17th Street NW, as demonstrators march toward the Lincoln Memorial, according to the permit. Marshals will also direct participants to four pathways to the rally’s stage.

WTOP’s Megan Cloherty and Luke Lukert contributed to this report.