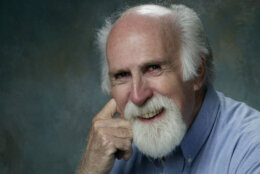 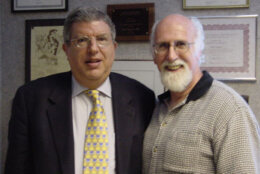 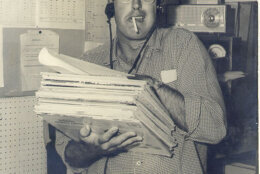 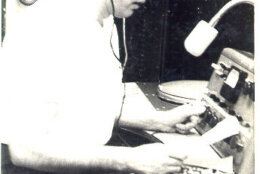 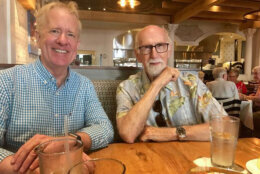 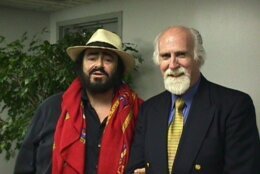 Dennis Owens, a popular D.C. radio personality who for decades made classical music fun and approachable, died of degenerative heart disease on Sept. 26 in Naples, Florida, where he had retired. Owens was 87.

For nearly four decades, Owens entertained listeners of WGMS not only with a wide repertoire of classical musical that soothed frayed nerves during rush hour, but also with a witty sense of humor that appealed to a broad audience.

By all accounts, Owens prided himself on making classical music accessible.

“Sometimes you think classical music … you have to have studied it. And he did not present it in that way. He made it reachable for everybody. He made it fun,” Christiane Owens, his wife of nearly 50 years, told WTOP.

She recalled a young woman coming up to Owens at a concert to tell him that she wasn’t a fan of classical music and actually decided to listen to him as a penance for Lent — but she wound up becoming a classical convert.

“The story ends with, ‘I am now a listener all the time,’ and that was kind of cute and funny,” Christiane said. “And she just loved the way he was presenting everything that she got stuck with it.”

His wife laughed remembering another encounter with unlikely fans — this time a group of motorcyclists who visited Owens’ station: “And they were all dressed up in, you know, the leather outfits, and they call him ‘dude,’ and they just wanted to let him know that they might not always like the music … but because of the way he was talking, they loved it so much and they wanted him to know that they were listening to him.”

So were many others. The morning program that Owens hosted at WGMS, then known as Classical 103.5, consistently earned high ratings and enjoyed an impressive run from 1981 to 2002.

Owens began at WGMS in 1966 — he also worked at WTOP during his early years in Washington — moving up the ranks even though he had no classical music experience. In fact, his taste in music was like his fan base: eclectic.

Born in England, Owens moved to Canada, where some people suggested he try radio because of his voice and his wit, Christiane said.

Eventually, Owens took a gig in Bermuda, where he played “rock ‘n’ roll, he played Frank Sinatra, he played all kinds of modern music at that time,” Christiane said. “He actually didn’t consider himself a DJ.”

Nor did his fans, many of whom were drawn more to Owens’ lively — often unfiltered — commentary than to the composers he played.

“On the air, he recited poetry, cracked wise about news headlines, and noted the surrealities of life, asking on one morning, ‘What do they list as your hair color on your driver’s license if you’re bald?’ and observing on another day: ‘Some of you drink from the fountain of knowledge. Others merely gargle,’” wrote Marc Fisher in Owens’ obituary for The Washington Post.

WTOP General Manager Joel Oxley, who worked with Owens, described him as “one of the funniest, sharpest, smartest people I ever met. … There will never be another broadcaster like him. Humor and classical. Great combo.”

Owens delivered perhaps one of his most memorable lines when his morning show ended in 2002 and he observed that, “Classical music is like sex. You never know how long it’s going to last, and it’s embarrassing if you clap at the wrong time.”

Christiane said her husband grew tired of getting up in the middle of the night to go to work and was ready to retire. “He was at the age where he was supposed to enjoy life.”

But she said Owens “loved everything about Washington.” The only thing he did not love was the same thing he tried to make a little better for his fellow Washingtonians: the traffic.

In a 2003 Q&A that Owens did with The Post’s Bob Levy, one listener thanked Owens “for making our mornings of road-clogged commuting more enjoyable and thought provoking” — to which Owens replied: “You are very flattering and flattery will get you anywhere with me.”

Owens didn’t shy away from criticizing his own industry while simultaneously thanking his “Assembled Ears,” the term he used for his listeners.

“Radio today very often lacks broad freedom for an individual to emerge as a distinctive personality. Where it does emerge, it is often cloaked in vulgarism, loudness, cheapness and VERY much directed at certain segments of the perceived audience,” Owens said.

“I have been extremely fortunate to acquire an audience in the Washington market to which I could play the personality role with a lot more subtlety and attempt a lot more finesse than most.” 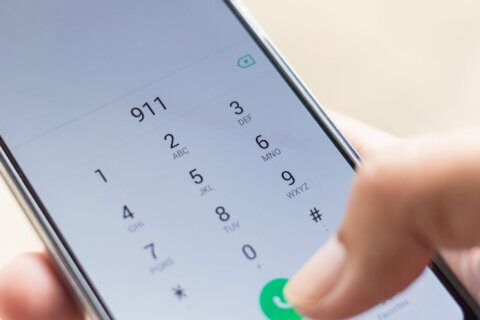