Grant aims to bring more restaurants to some DC neighborhoods 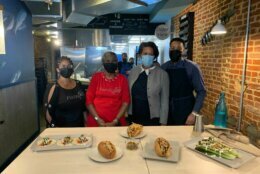 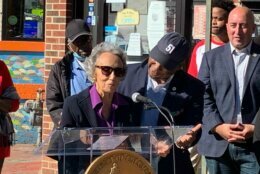 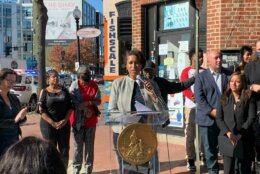 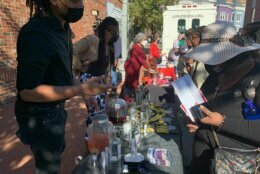 The fourth annual DMV Black Restaurant Week runs through Sunday, Nov. 14, and to help kick it off, D.C. has awarded nearly $9 million in grants to bring food businesses to Wards 7 and 8.

The city said the money, taken from its $58 million Food Access Fund, will help bring nine new restaurant locations to wards of the city that have fewer food options for residents.

“One of our big pushes is for restaurants, retailers, groceries that have been successful in certain parts of the city, like right here in Ward 1, to think about opening a second or third location in Ward 7 or 8,” Mayor Muriel Bowser said.

Bowser also announced that the grant program will open once again to new applicants, through the Office of the Deputy Mayor for Planning and Economic Development. The office’s website said the goal of the program is to provide equitable access to fresh, healthy and affordable food options in Wards 7 and 8.

“To be very, very candid, we would not have been able to afford either location if it were not for the grant, and the reason for that is oftentimes, it’s a very daunting thing to open up a new business in a new area where you’re not quite sure if you’re going to do well,” said Andre McCain, the owner of HalfSmoke.

McCain said the money will help cover construction costs, rent and employees. And overall, it gives his business more confidence in opening up the two new locations.

“We’re saying to all of us that we need to support our Black restaurants, that’s how we survive,” said Virginia Ali, owner of D.C. landmark Ben’s Chili Bowl.

Bowser also said she is thrilled that a U.S. pandemic travel ban has been lifted, which allows vaccinated foreign travelers to once again come to the nation’s capital.

Bowser said that before the pandemic, the city saw a record number of foreign visitors, but that changed almost overnight as the nation faced increasing coronavirus cases.

Ali said the drop in tourists hit her restaurant hard. Since March last year, Ben’s Chili Bowl saw the most reservations it had ever seen from people coming to D.C. from other countries. Most of those reservations ended up getting canceled.

“So now we’ve had all this time between March 2020 to now, and now we’re open for our tourism to come in. It’s great for the city, and it’s great for Ben’s Chili Bowl,” Ali said.