The Women's March has returned to D.C. to protest recent legislation passed in Texas almost completely banning abortion and the Supreme Court's decision not to intervene. Stay with WTOP for the most recent coverage of the march on Saturday.
Listen now to WTOP News WTOP.com | Alexa | Google Home | WTOP App | 103.5 FM

The Women’s March returned to D.C. Saturday to protest recent legislation passed in Texas almost completely banning abortion and the Supreme Court’s decision not to intervene.

The U.S. Supreme Court was asked to intervene and block the legislation, but declined to do so, sparking protests in D.C. and across the country. The march organizers said they feel that this is an early indication that Roe v. Wade could soon come under fire.

The permit obtained from the National Park Service said the organizers expected around 10,000 people to attend the march.

The day’s events began with a faith gathering in Freedom Plaza beginning at 10 a.m. featuring a “Shabbat experience” hosted by the National Council of Jewish Women, followed by a multi-faith service.

WTOP’s Alejandro Alvarez reported the entryways to the rally area had masks available for those who did not already have one. The masks had “I march for abortion access” with Saturday’s date written on them. There were also a number of posters with rally slogans written on them for people to pick up. 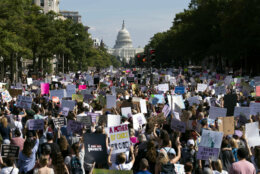 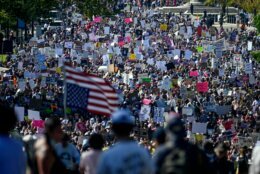 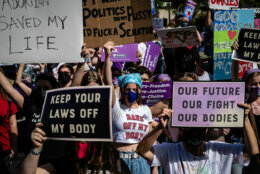 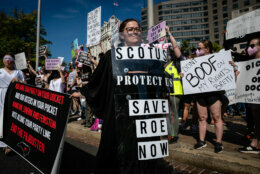 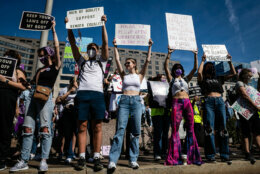 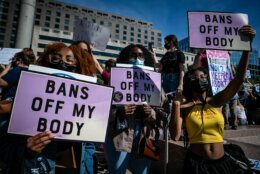 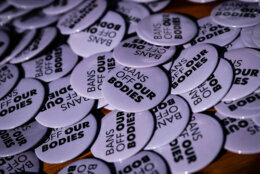 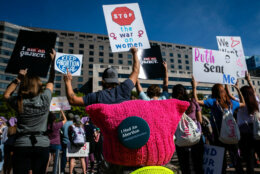 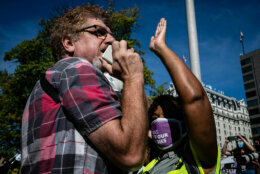 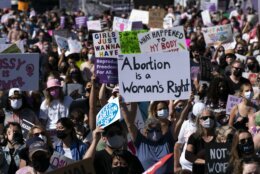 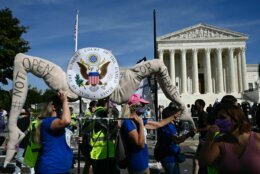 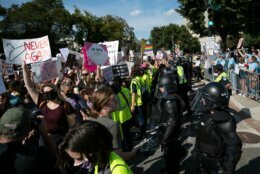 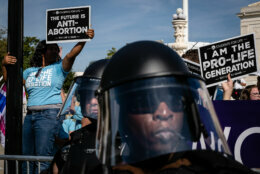 Crowds began pouring into Freedom Plaza throughout the morning, many carrying signs in support of reproductive rights with sayings like “Bans Off My Body” and “Mind Your Own Uterus.”

At noon, the rally proper kicked off with comedian and activist Cristela Alonzo hosting.

WTOP’s Dick Uliano reported that the protesters’ message was focused “like a laser” on reproductive rights this year, whereas previous marches championed several progressive causes simultaneously.

Uliano said, by his estimate, thousands of people marched to the Supreme Court Saturday, raising a loud cry for abortion rights. Marchers made clear that their demonstration, which began with a “Rally for Abortion Justice” at Freedom Plaza, was energized by their opposition to the new abortion restrictions in Texas.

“I want the law in Texas to be burned and overturned. That law should not be allowed to happen …when you take away a woman’s right to choose, you’re taking away her right and her voice to her own body and we can’t stand for that — I won’t stand for that,” said Faylynn Hall of Johnstown, Pennsylvania.

Rally speakers took aim at the Texas law, which bans most abortions after about 6 weeks. Speakers called it a dark moment that sparked the rally.

The rally comprised the 5th annual Women’s March, which rescheduled it’s annual march in D.C. from the icy month of January to the temperate month of October. The march took place under sun-filled skies with warm temperatures.

Small pre-printed signs bobbed above the heads of the crowd , Keep Abortion Legal, and bigger homemade signs, “Free Abortion on Demand Without Apology,” “Mind Ur Own Uterus,” and “I Demand Separation Between Vagina and State.”

Counterprotestors also arrived on Saturday, brining signs that showed deceased fetuses with claims that they were the results of late-term abortion.