One person is dead and several are injured in Southeast D.C., and police are on the lookout for a vehicle that may be linked to the shooting.
Listen now to WTOP News WTOP.com | Alexa | Google Home | WTOP App | 103.5 FM

Editor’s note: This story incorrectly noted that police were looking for a silver Crown Victoria, the number of vehicle occupants, the number of victims and that a second victim was killed. An updated and edited version of this story can be found here.

One person is dead and several are injured in Southeast D.C., and police are on the lookout for a vehicle that may be linked to the shooting.

It happened around 8:15 p.m. Friday on the 1700 block of Independence Avenue Southeast, near the D.C. Armory.

D.C. police Assistant Chief Leslie Parsons said police responded to a report of a shooting and found a man who had a gunshot wound. His injuries are not life-threatening, Parsons said.

A second victim, who appears to be an adult male and found on the 1700 block of A Street SE, has died.

Parsons said two other people sought treatment for injuries that were not life-threatening at area hospitals.

Police are looking for an older model Silver Crown Victoria with loud exhaust, possibly or gray, with three occupants. Anyone with information should call police at 202-727-9099. 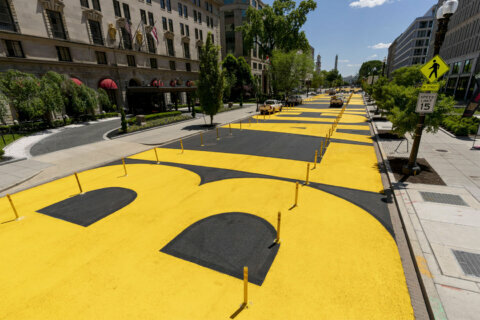