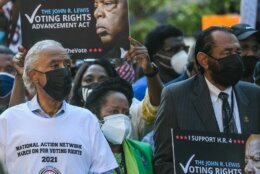 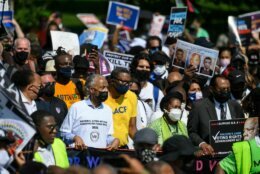 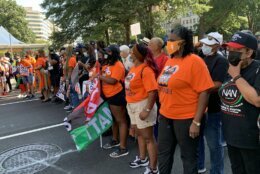 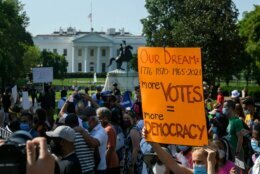 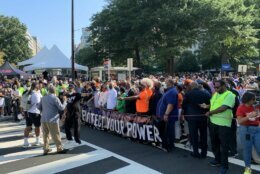 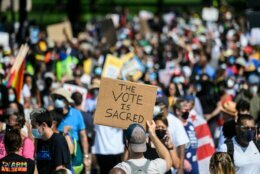 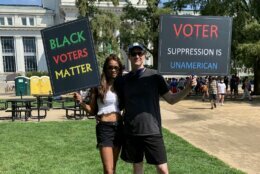 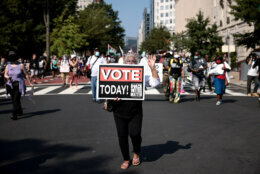 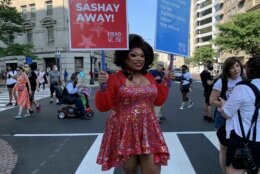 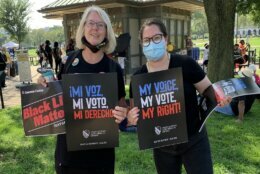 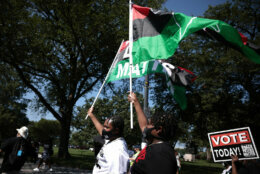 The biggest will be the Rev. Al Sharpton’s March On for Voting Rights, which is set to gather at McPherson Square Park in the early morning, then head to Black Lives Matter Plaza, passing the White House and Washington Monument.

There will also be the Good Trouble rally at the Lincoln Memorial and the Dream March.

Britta Filter with Drag the Vote said their organization of drag queens was participating the march to ensure equal access to voting rights for all citizens.

“We all have to work together and come together to make sure that voting is accessible to every single human being within our country: Drag queens, queer people, people of color, all large, small — all of them, honey,” Filter said.

The rallies capped off a week of actions against a wave of proposals in conservative-leaning states to curb access to early voting, mail-in vote casting and ballot drop boxes used in pandemic-era elections.

Advocates said it’s a reaction to shifting racial demographics, made clear in recently released 2020 census data, and a corresponding shift in the balance of power between the white majority and Black and Latino people, as well as rapidly growing Asian communities.

Prominent Republicans, who have criticized the Democratic proposals as a power grab, said they aren’t opposed to election laws that expand voter access.

And many of them support proposals to build trust among Americans who believe, albeit falsely, that the last presidential election was stolen from former President Donald Trump and other GOP candidates due to widespread voter fraud.

The Democratic proposals include the John Lewis Voter Advancement Act, which would restore and strengthen the weakened 1965 law and add protections against suppression tactics affecting Indigenous communities.

The separate For the People Act would create a national standard for voter registration, mail-in balloting and early voting, as well as curb racial gerrymandering and institute campaign finance reforms.

Meanwhile, a wave of Republican-backed state initiatives could disproportionately disenfranchise voters of color at a time when they have turned out at the polls at historically high levels in states like Georgia and Missouri, said Carmen Perez, president and CEO of The Gathering for Justice, a nonprofit founded by legendary musician and activist Harry Belafonte.

According to the Brennan Center for Justice, which tracks laws restricting voter access, between January and mid-July, at least 18 states enacted 30 suppressive laws.

More than 400 bills with rules that reduce mail-in voting access, ballot drop boxes and other restrictions were introduced in 49 states this year.

A full report is available online.

The Associated Press and WTOP’s Liz Anderson contributed to this report.