As Georgetown university comes to terms with their racial history, its is also looking to address the issues impacting Black people and other people of color today.
Listen now to WTOP News WTOP.com | Alexa | Google Home | WTOP App | 103.5 FM
(1/3) 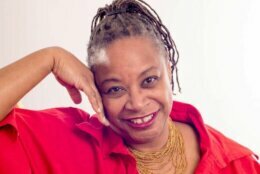 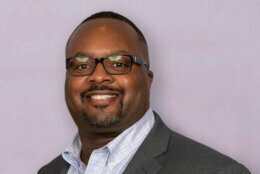 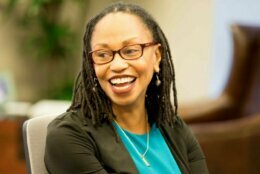 It’s a story that reflects our country’s painful past.

In 1838, Georgetown Jesuit priests sold 272 slaves to help keep the university alive. As the university comes to terms with its racial history, it is also looking to address the issues impacting Black people and other people of color today.

The Racial Justice Institute at Georgetown University will address four areas where equality has been hampered, including law, health care, the arts and public policy. Its formation is part of a commitment the university’s president, John DeGioia, made five years ago to address racial inequities within our society.

Derek M. Griffith, professor of Health Systems Administration and Oncology at Georgetown’s School of Nursing and Health Studies, is the institute’s co-founder and co-director. He will look at health care inequities.

“My goal is to really re-imagine how we address health issues and how we deal with inequities,” Griffith said.

Robin Lenhardt is a professor at Georgetown University Law School. She is also a co-founder and co-director of the institute. She says her role will be to do a racial audit, and wants to help communities play a role in understanding and mapping how their communities came to look as they do.

“Once you have that narrative, essentially a blueprint of how inequality works in that particular domain, you also have a map for beginning to change that,” Lenhardt said.

Anita Gonzalez is in the performing arts department at Georgetown and also a co-founder and co-director of the institute.