As D.C. prepares to greet an incoming Biden administration, it’s still seeking tens of millions in reimbursement from the outgoing Trump administration.

“The federal government has always repaid us. But somehow, they’ve not seen fit to do that for last year, to the tune of about $43 million,” D.C. Council Chairman Phil Mendelson said at a news conference Monday.

Mendelson said that if the bill included what D.C. expects the upcoming Biden inauguration to cost, “I think we’re talking about close to $90 million.”

“And these are expenses that should not be borne by the taxpayers of the District,” he said.

D.C. Mayor Muriel Bowser cited security costs, and said the Trump administration needed to “do the right thing before they leave.”

“You recall that our job is to work with every president no matter who it is, and especially on the issues that are important to the District. The president of the United States is our neighbor. And while they’re here, I’m their mayor,” Bowser said. “They haven’t paid their fair share for their own security.”

“We’re going to try to get this administration to do the right thing before they leave, and certainly make the incoming administration aware of what’s been missing,” Bowser said.

D.C. has been seeking repayment for years. In 2019, the U.S. House Committee on Oversight and Reform fired off a letter to President Donald Trump, requesting that he commit to reimbursing D.C. for expenses incurred during his July Fourth “Salute to America” on the National Mall, as well as the $7.3 million the District said he owed from his 2017 inauguration.

The White House has disputed D.C.’s $7.3 million figure for the 2017 inauguration costs. 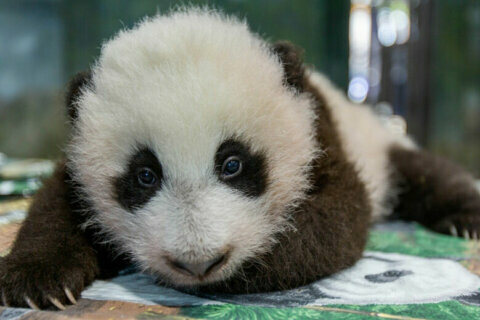