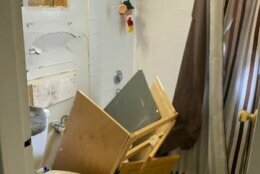 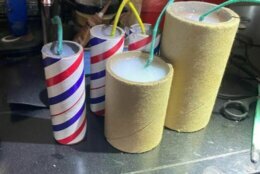 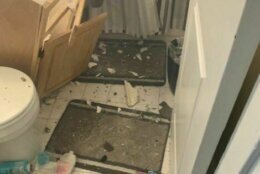 As the Fourth of July holiday weekend approaches, D.C. leaders want to ensure neighborhood safety and prevent the use of illegal fireworks.

“As you know, anything that goes up in the air or explodes is illegal in the District of Columbia,” said D.C. police Chief Peter Newsham at a news briefing Thursday.

In a tweet, D.C. police said the 9-year-old lost a finger.

There is a possibility that charges could be filed against the children’s parents or guardians for leaving the children alone near explosives, he said.

They are not the first children to be harmed by fireworks this summer. An 11-year-old girl had second-degree burns on her neck and shoulders from firework misuse, said D.C. Fire and EMS Chief Gregory Dean.

“While sparklers are legal, they are dangerous. A sparkler can give off temperatures of 2,000 degrees, the same as a blow torch,” Dean said.

D.C. Fire and EMS staff will work with both safety and go-teams, as they are called, which will canvass the city over the holiday weekend to monitor for firework safety. They will be in each ward and monitoring 17 neighborhoods that have had illegal fireworks reported in the last few weeks.

“We still have the power to confiscate. To date, neighbors have been responsible when we’ve asked them to discontinue,” Dean said.

Dean reminded residents to think of their neighbors who may have experienced trauma, which can be triggered by the blasts, or of pets who are often disturbed by the loud noises.

“These are difficult and stressful times for all of us. Please consider the impact on the life that these fireworks are causing to many of our neighbors and everyday communities across the District,” Dean said.

D.C. police said that they have seized over 6,400 pieces of illegal fireworks this year.