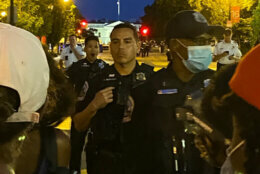 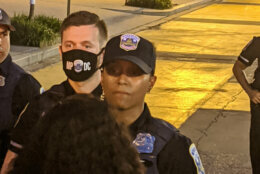 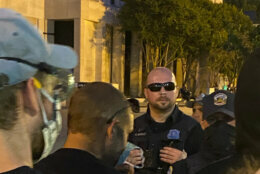 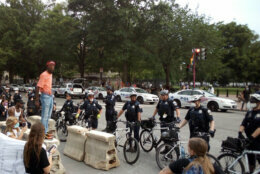 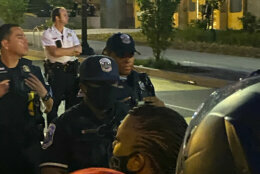 With health experts in agreement that wearing a face mask helps slow the spread of coronavirus, the ACLU’s D.C. branch penned an open letter to Mayor Muriel Bowser asking her to make masks mandatory for all District police officers.

The letter signed by ACLU D.C.’s Policy Director Nassim Moshiree — which is also addressed to D.C. Chief of Police Peter Newsham — reads: “It is alarming to see Metropolitan Police Department officers, as front-line government workers, not adhering to public health guidance on the use of personal protective equipment (PPE).”

The organization cited multiple instances of D.C. police officers not wearing a mask while either monitoring protests, getting into conflicts with protesters or making arrests during the demonstrations that have taken place since late May.

Currently, officers are allowed to choose whether or not they wear a mask while on the job.

Choosing to not wear a mask is inconsistent with advice from the Centers for Disease Control and Prevention and the District’s own Phase Two guidelines, the letter continued, which both say masks should be worn in public.

“Officers’ failure to wear PPE actively endangers both officers themselves and individuals with whom they interact,” the letter stated.

Those particularly affected are D.C.’s minority residents. Black residents made up 424, or 74%, of the 571 COVID-19 deaths in the District when the letter was published on Thursday.

A total of 169 officers have tested positive for coronavirus, with 136 who have recovered and returned to work, according to the letter. The ACLU pointed out that people who recovered from the virus may still be contagious and could also get re-infected.

“MPD officers’ failure to wear PPE poses the greatest risk of harm to D.C.’s Black residents, who are more likely to have encounters with law enforcement than other residents,” the letter read.

“D.C.’s predominantly Black neighborhoods have the greatest police presence, and Black community members are disproportionately targeted by police for stops, searches, and arrests.”