Police are investigating a stabbing Friday afternoon in the area of the Capitol South Metro station in Southeast D.C.
(1/7) 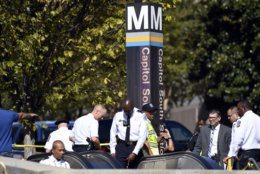 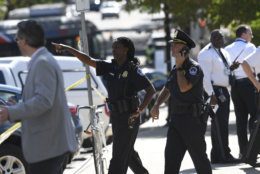 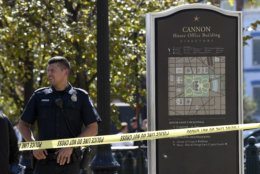 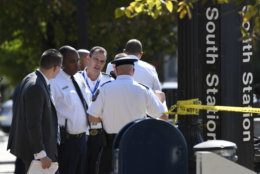 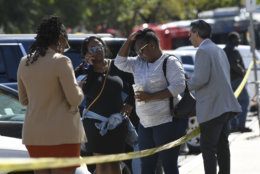 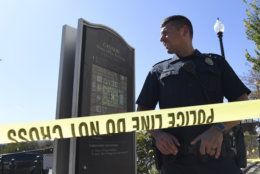 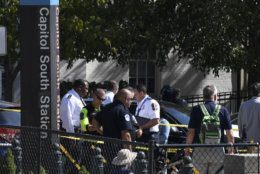 A 15-year-old boy was stabbed and seriously injured at the Capitol South Metro station in Southeast D.C. Friday afternoon, prompting the closure of the station for several hours.

The boy was stabbed on an Orange Line train just after 1 p.m. He was reportedly not breathing when first responders arrived at the scene.

Later that night, police announced that a 15-year-old girl had been arrested and charged with assault with intent to kill.

Police Chief Peter Newsham described the victim as being in “very critical condition” at a news conference shortly after 3 p.m. Friday. “He’s in surgery as we speak,” Newsham said.

The information police have so far, Newsham said, is that the stabbing arose as the result of “a dispute among juveniles,” but centered on the boy and “a young female.”

Newsham added that technicians were going through all relevant video to try to gather more information. Police vehicles lined the streets near the station, which is about a block from the Cannon House Office Building.

Blue, Orange and Silver Line trains had bypassed the station earlier, and the station was closed. But just before 5:30 p.m., Metro said those trains are now servicing Capitol South again.

Earlier this week, an 18-year-old student was stabbed on the platform of the Congress Heights Metro station. The suspect escaped on a Green Line train. Police believe the victim and the suspect knew each other.

After four homicides in 48 hours in Ward 6, and now the Capitol South stabbing, Newsham said, “We need to pay close attention to this violence that’s going on in the city.” That said, he added that none of the cases appear to be related.

Below is a map of the area where police said the stabbing took place.

WTOP’s Madeleine Simon and Rick Massimo, and The Associated Press, contributed to this report.