A man and a child are in critical condition after a fire in a Northwest D.C. row home this morning, according to fire officials.
(1/8) 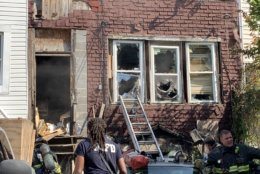 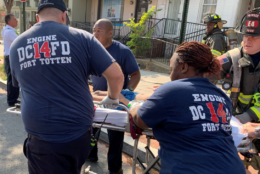 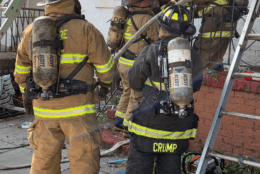 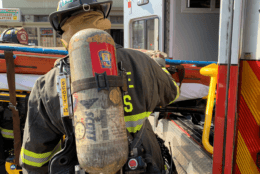 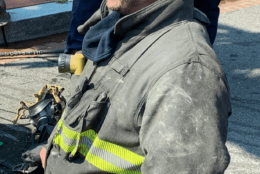 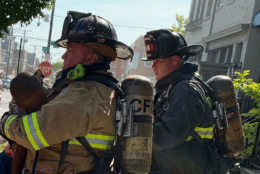 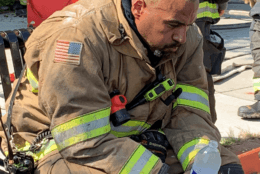 A man has died and a child is in critical condition after a fire in a Northwest D.C. row home Sunday morning, fire officials said.

The fire broke out just after 9:30 a.m. in the basement of a two-story row house on Kennedy and Seventh streets.

Firefighters were able to pull the child and the man from the home, and both were transported to a hospital in critical condition. Police confirmed that the man died from his injuries at the hospital.

D.C. Fire and EMS spokesman Vito Maggiolo said Monday that the child has been identified as a 9-year-old, and remains in critical condition.

Two alarms were called, and about 20 units and 100 firefighters responded to fight the blaze. On Twitter, D.C. fire posted that the firefighters “engaged in a vigorous search and rescue operation and fought the flames in high heat.”

Maggiolo added Monday that the man who was killed and the child had been exposed to the intense heat and the heavy smoke from the fire for possibly as long as 15 minutes. “The search of the house was very complicated because of the layout of the house and security barriers,” he said.

There were security bars on windows, and firefighters even encountered steel bars behind one of the interior doors of the house.

Ernest Chrappah, director of the Department of Consumer and Regulatory Affairs, said in a statement to NBC Washington that the property was not “licensed as a residential rental property.”

The fire is still under investigation.

This story was originally published Aug. 18, 2019. It has been updated with the most recent information.