On the National Mall, onlookers joined those who had served in Normandy. “A very touching thing to see all these people,” one said.
Listen now to WTOP News WTOP.com | Alexa | Google Home | WTOP App | 103.5 FM
(1/4) 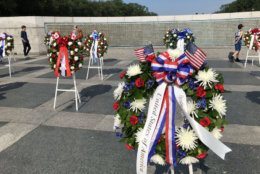 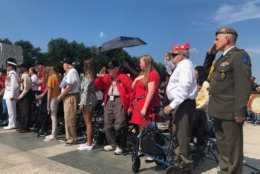 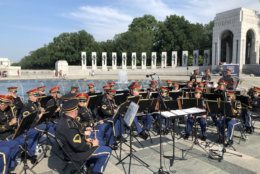 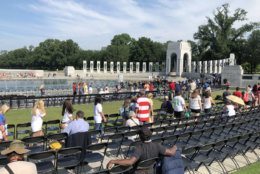 Veterans and onlookers marked the 75th anniversary of D-Day on Thursday at the World War II Memorial on the National Mall.

Events commemorating the anniversary included the presentation of wreaths. Before that, a group of World War II veterans, who were seated facing the crowd, were introduced one by one.

Among those recognized was James Keele of Albuquerque, New Mexico, who helped bring troops into Normandy on D-Day as a gunner on a Higgins boat.

“If you ever lived in hell, that was it,” he said, describing how so many were killed before even reaching the beach at Normandy, France.

Of the commemoration, he said, “It’s something else to see all these people here.”

That sentiment was echoed by another veteran, Eli Linden of Lansdowne, Virginia. He arrived in Normandy about three weeks after D-Day and was later taken prisoner during the war.

It was “a very touching thing to see all these people,” he said. 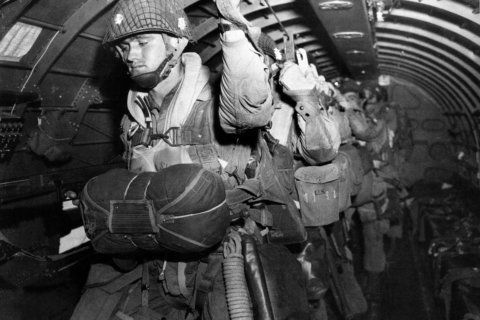 D-Day: AP photos from 75 years ago 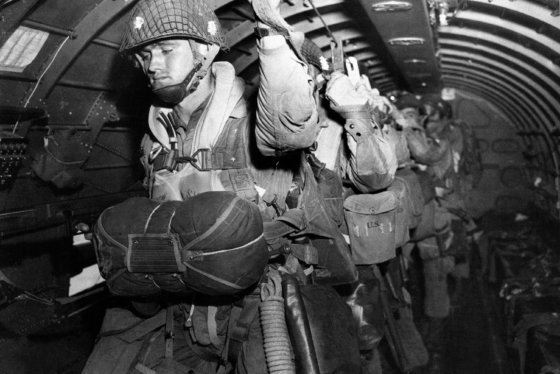 D-Day: AP photos from 75 years ago

Photos of the D-Day invasion as it happened, from the Associated Press.