Police are investigating a possible hate crime after a transgender woman says she was assaulted at a grocery store in Northeast and then followed home.

Another possible hate crime is being investigated in the D.C. area. A transgender woman says she was assaulted Tuesday night at a grocery store in Northeast — and that one of the suspects followed her home.

She told D.C. police that when she was trying to leave a supermarket on 4th Street NE around 10 p.m., she was blocked at the door by one of the suspects. She then ducked under his arm, saying, “Excuse me.”

According to a police report, that’s when the suspect shoved her in the back and said: “OK, bro.”

She told the suspect she wasn’t a “bro,” the suspect allegedly slung homophobic slurs at her and an argument erupted.

Two others joined the first suspect, threatening her and using more slurs.

An employee then told all three suspects to leave, closed the grocery store and drove the woman home a few blocks away.

She told police that shortly after she got home, she heard two loud bangs on her porch and saw one of the suspects walking around. Once the suspect left, she saw the damage to her home.

This is the latest in a string of incidents targeting the LGBTQ community, including the murders of two transgender women in Prince George’s County, Maryland.

Most recently, on Sunday, a D.C. man told police that he and his boyfriend were viciously attacked by a group of more than 10 men, some of whom used homophobic slurs.

Karl Craven said he and Braden Brecht had just left a city bar Sunday morning when he heard several men call them a homophobic slur. Craven says he remembers his boyfriend yelling back, asking the men what they said. He says about 12 men then started attacking Brecht.

Brecht was left with a split lip and chipped front tooth. Craven was hit in the head and bruised. They were also robbed.

A police report says part of the “suspected hate crime” was recorded on a witness’ cellphone.

Police say a 15-year-old and 16-year-old are charged with robbery in the attack.

June is Pride Month, meant to commemorate the Stonewall riots at a gay tavern in New York City, which became a rallying point for gay rights in June 1969, when a police raid sparked resistance from patrons and led to several days of demonstrations. 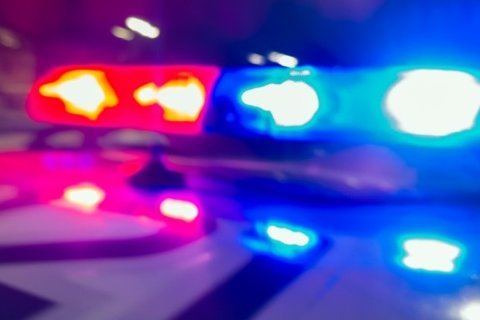 Heartbreak and heightened concern after 2nd transgender woman is shot to death in same Md. neighborhood