Heartbreak and heightened concern after 2nd transgender woman is shot to death in same Md. neighborhood

Concern continues to accumulate after a transgender woman was found shot to death in a Fairmount Heights, Maryland, neighborhood, and Prince George’s County Police are trying to determine if it is related to the shooting death of another transgender woman in the same area about two months ago.

In the meantime, those who knew 23-year-old Zoe Spears are in mourning after her wounded body was found Thursday night in the 600 block of 59th Avenue, which is less than a half-mile from where the body of 27-year-old Ashanti Carmon was discovered along Jost Street, near J Street.

NBC Washington reported that, according to friends, Spears had told others that she witnessed Carmon’s fatal shooting, and was afraid for her safety.

“She was scared. She called me about a month ago, and she said ‘I’m afraid that I’m going to die,’” Ruby Corado, founder of Casa Ruby, told NBC Washington. Corado worked with Spears through Casa Ruby, which was founded to help provide members of the LGBTQ community with a safe space and access to social services.

Others who knew Spears have also been hit hard by her violent death, and are worried that transgender people are being targeted.

“This is a trend that has been going across this country. It’s like an infection,” said Tamika Spellman, an advocacy associate with HIPS. She tells WTOP she knew both Spears and Carmon and saw them as family — like her nieces.

But now she is afraid.

“I’m at a point now where I don’t want to go anywhere outside of work and home,” she said. “I’m truly terrified of being on the streets at any point because you never know when somebody’s going to take your life.”

Spellman said the possibility of a violent death isn’t the only thing she fears, noting the range of violent acts transgender women have faced.

“We’re talking about people that have been typically raped, robbed, assaulted, beaten within an inch of their life, and shot and killed,” Spellman said.

She has a word of advice for members of the transgender community: “Stay aware. Be aware of your surroundings. Take note to the small things, because those small things are going to count.” 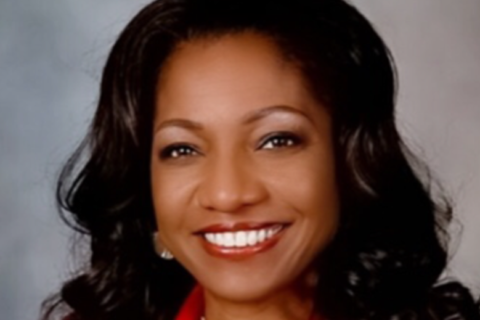