The fire that engulfed a Southeast D.C. house in which the bodies of two people, including a retired D.C. police employee, were discovered over the weekend was intentionally set as was another house fire about a block away.
Listen now to WTOP News WTOP.com | Alexa | Google Home | WTOP App | 103.5 FM
(1/5) 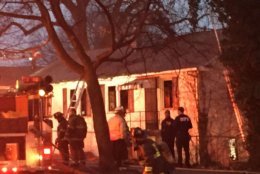 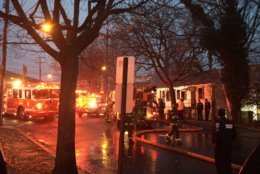 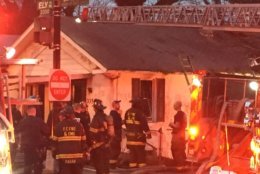 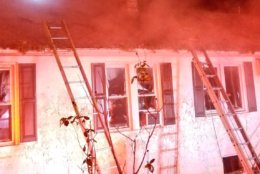 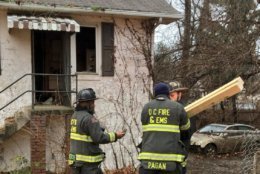 WASHINGTON — The fire that engulfed a Southeast D.C. house in which the bodies of two people, including a retired D.C. police employee, were discovered over the weekend was intentionally set as was another house fire about a block away, D.C. Fire and EMS officials said Monday.

Firefighters were driving up Minnesota Avenue, responding to a separate call for a fire in the 3300 of D Street early Saturday morning when they saw signs of a fire coming from another house on Ely Place, said Vito Maggiolo, a spokesman with D.C. Fire.

However firefighters didn’t know they were already in a crime scene. After extinguishing the flames, they found the bodies of 60-year-old Michael Burgess and 50-year-old Regina Bowman were discovered inside Burgess’ house, Newsham said. Burgess was a longtime civilian member of the D.C. police department who retired in 2006, D.C. Police Chief Peter Newsham confirmed during a news conference Monday.

Both victims had been beaten over the head and strangled, according the D.C. medical examiner.

“It wasn’t the fire that caused their death,” Newsham said.

Both Burgess and Bowman died of “blunt force trauma of the head with asphyxia due to neck compression,” according to Cheryle E. Adams with the district’s Office of the Medical Examiner. The victims’ bodies were found in different rooms of the house.

The motive for the killings is still under investigation.

“We’ve made progress in the case in that we’ve identified people who gave us pretty good information,” Newsham said.

However, he said there is no suspect in the case.

Adding to the mystery surrounding the case is the nearby fire on D Street, which investigators say was also intentionally set and was burning around the same time as the house on Ely Place.

“They’re in close proximity and there were fires at both locations … So that’s a lot of coincidences we’ve gotta look at and see if they’re associated,” Newsham said.

There was also an assault reported at the D Street address. Police have already made an arrest in that case, Newsham said. A police source confirms to WTOP that investigators are looking into that man as well as others in connection with the killings on Ely Place.